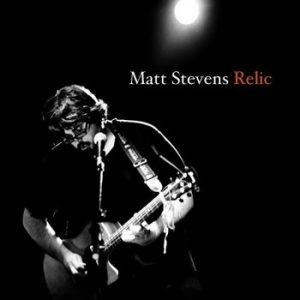 When I was offered the chance to write about Matt Stevens’ newest, ‘Relic’, I was very pleased. I am a fan to say the least, and I love to share my thoughts on great music with anyone that is willing to listen (or read in this case).

That’s right, I said ‘GREAT’ music. Matt Stevens is a musician that can make completely instrumental songs appeal to people that really don’t care for instrumental music. To quote, loosely, a blog post from Matt himself on this very point: ‘One of the things I get is “I don’t really like instrumental music but I really like your stuff”. ‘

I used to be one of those people that liked and preferred music with lyrics, and knowing what I know now, I missed out on a hell of lot of good tunes because of my bias. Happily, I have been shown the light!

Matt Stevens’ mastery of his primary instrument, the guitar, is immediately evident when you start up ‘Relic’. Throughout the course of the 10 songs, he strums, he picks, he shreds (and shreds mightily, on track 9, ‘Frost’), and does this all while playing without a full band. Without anyone else in fact. Matt is a master of the loop, recording himself playing various parts of songs as his own accompanying band. I am not an expert on these techniques, not even close, but I know that Matt (and others that use this technique) is very skilled to pull this off, let along make it cool and listenable.

(The other guitarist I have seen and heard do this kind of thing? The legendary Robert Fripp. )

So, aside from composing and arranging the songs, Matt is also able to take the listener along for the ride with interesting time signatures and beats. He does this without the dissonance that sometimes makes people cringe at nonstandard time sigs. That’s another thing about Matt Stevens; while he might play some things that would normally be called Proggy, his music does not fit neatly into any niche or category. I love when good music defies classification, and Matt’s does.

The highlight of ‘Relic’ for me, if I have to choose a song, is track 6, ‘Up’. This tune is one that I have found myself humming even when I am not listening to music. Rather than try and dissect or pick apart the song, I will just recommend that you listen with a good pair of headphones and see how many layers you can discern in the five minute song. From the gentle, almost classical guitar line, to the Flamenco clapping, this song is fun to listen to.

There is only one track on ‘Relic’ that I am not totally fond of, and that is ‘Sand (Part 2)’ and the only reason I don’t love it is in part of it there is some Beatles-esqe (I think ‘Baby, You’re a Rich Man’) guitar sounds, the ones that are recorded and played backward. Don’t misunderstand, I like this song, but have found that I like the final two tracks on the album better, and skip track 8 (especially when I am driving, my morning commute sucks!).

Finally, I want to convey unequivocally that Matt Stevens is one of the most humble and cool musicians you are likely to come across. He is accessible to fans, he genuinely appreciates being appreciated, and I have observed that he can always be counted on to share his experiences and wisdom (from navigating the music biz) with others. I admire the DIY work ethic of Matt and many other musicians in the UK (looking at you Trojan Horse and Metamusic!). I am excited to see where Mr. Stevens takes us next, because I am pretty sure it is going to be good. 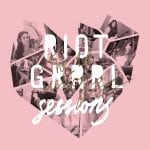 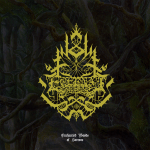 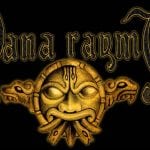