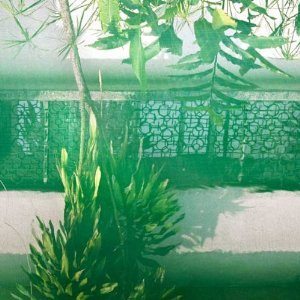 If like me, you are a little bit rusty on your French electro pop, I urge you to ease yourself in by getting familiar with the sounds of Electric Electric. Having recently released their second studio album ‘Discipline’ via Herzfeld records, Eric Bentz, Vincent Redl and Vincent Robert have made me wonder why I’ve known so little about them over the past 8 years since the trio’s formation.

In all senses ‘Discipline’ is an album that falls together like a well-oiled machine. The 11 track album rotates nicely from cog to cog with an almost hypnotic yet regimental sense of rhythm and repetition, reminding the listener that a certain amount of discipline has gone into the making of each track. With that being said, don’t be fooled by the sense of order, there is still a raw, tribal feel to several tracks instilling freedom into the listener, perhaps acting as a spiritual antithesis pushing at the stiffness of social boundaries.

‘Icons’ opens the album with around a minute of dominating primal percussion beats, and dominant synth sounds leading swiftly without pause into the second track of the album, ‘La Centrale’ (a personal favourite) which features frantic synth, guitar loops and eerie mechanical vocals. Track 3 ‘Neutra Tantra’ extends the theme of mechanism’s at work and evoking a sense of chaos despite clearly functioning on a sense of order – think noises of the Industrial Revolution with a little more order and harmony! In this sense, ‘Discipline’ fundamentaly poses as an oxymoron, blurring the boundaries between order and chaos until you just find yourself lost in the sound.

My favourite track, is number 9 ‘Summer’s Eye’ despite the fact that the guitar riffs in parts remind me of a cold morning when you can’t seem to get your car engine to start, there is something hypnotising and futuristic about this track that makes me feel a bit like I’m being chased by robots!

Actually, being chased is a continuous theme for me throughout the album. Sometimes by robots, sometimes by tribal warriors.

Although there are so many levels of genius clearly apparent throughout ‘Discipline’ and part of the appeal is the hypnotic repetition of notes during each track, it is clear that they sometimes blend into one another sometimes making it difficult to get excited by the changing of each song. From my untrained ear, I feel there is also a lack of the haunting vocals found in a few of the tracks which if featured on a few more songs, would serve as a well needed edge, as it is slightly exhausting to listen to in one sitting. Unless you are a hard-core electro pop fan, then I’m sure it ticks all the right boxes.

Out now through African Tape.