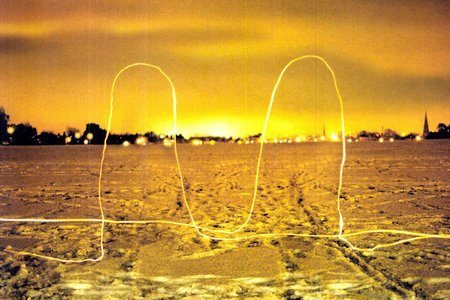 Thinking about which albums have had the biggest impact upon you over your lifetime is obviously an enormously tricky task. There are so many different angles one could take. Are records from your early musical years necessarily the most relevant? Is it better to choose something that speaks to you emotionally rather than something that has influenced your musical direction? Of course, in some cases there may be a record that fits all the possible criteria, and for me No-Man’s Together We’re Stranger does just that.

No-Man formed in 1987, when singer-songwriter Tim Bowness teamed up with a young multi-instrumentalist called Steven Wilson. Today Wilson is best known for his solo work and for his band Porcupine Tree, but No-Man still exist, sporadically reviving for new studio efforts. Their early material was touched largely by nineties electronic music, especially trip hop, and jazz, but Together We’re Stranger sees the duo take on a very different approach.

No doubt reflective of Wilson’s solo drone project Bass Communion, Together We’re Stranger is a largely beatless odyssey. The opening title track aches into being, with soft ambience melting into despairing organ tones before the agonised voice of Bowness enters. This track in particular, which also includes a beautiful textural guitar solo from Michael Bearpark, carries great personal significance for me. Something about the unified haunting atmosphere that applies to both music and lyrics speaks to me like little other music in existence. It prompted a dramatic re-evaluation of what I consider to be emotive (emotional) music, in the sense that the pain expressed by Bowness on this one track felt more real than anything that could be found in the angsty mid-2000s post-hardcore I was still listening to around a similar time. It’s been a huge comfort for me throughout periods of depression ever since I first heard it.

“We step outside, and face the poison weather

You and I are something else together

Drifting off, despite the cost

Afraid to ask for better

You and I are something else together”

As the album progresses it occasionally touches upon more traditional songcraft, especially on the acoustic guitar tinged ‘Back When You Were Beautiful’, but this predominantly remains an album of soundscaping. It’s desperately sad throughout, and demonstrates Wilson’s musical genius more adeptly than any of his more openly “progressive” material. Some of the most gorgeous music you could ever hear is contained on this record, even if it barely ever rises above a whisper. It was, in effect, the first record to ever make me truly aware of the possibilities of “drone music”, a style that has since gone on to direct both my own feeble attempts at musical creativity and my own listening tastes.

Fundamentally though, Together We’re Stranger remains so important to me because it is perhaps the most “human” sounding record I’ve ever listened to. It lives, breathes, and eventually dies, in the most heart-breakingly natural way of any record I’ve ever listened to. Whilst it has not garnished the universal acclaim of many records that have shaped my musical interests (admittedly partially because it was roundly ignored by much of the music press), to my ears it stands as a real landmark in the development of popular music in the early twenty-first century. At a time when experimentalism was becoming synonymous with cluttered arrangements, and when “pop music” was becoming increasingly defined by brazen, often pathetic, simplicity, Together We’re Stranger was pushing the possibilities of balladry into new territory. Simultaneously it also communicated emotional trauma far more efficiently.

It’s a rare genuine essential for any thinking record collection, and if you haven’t heard it then you’re seriously missing out.