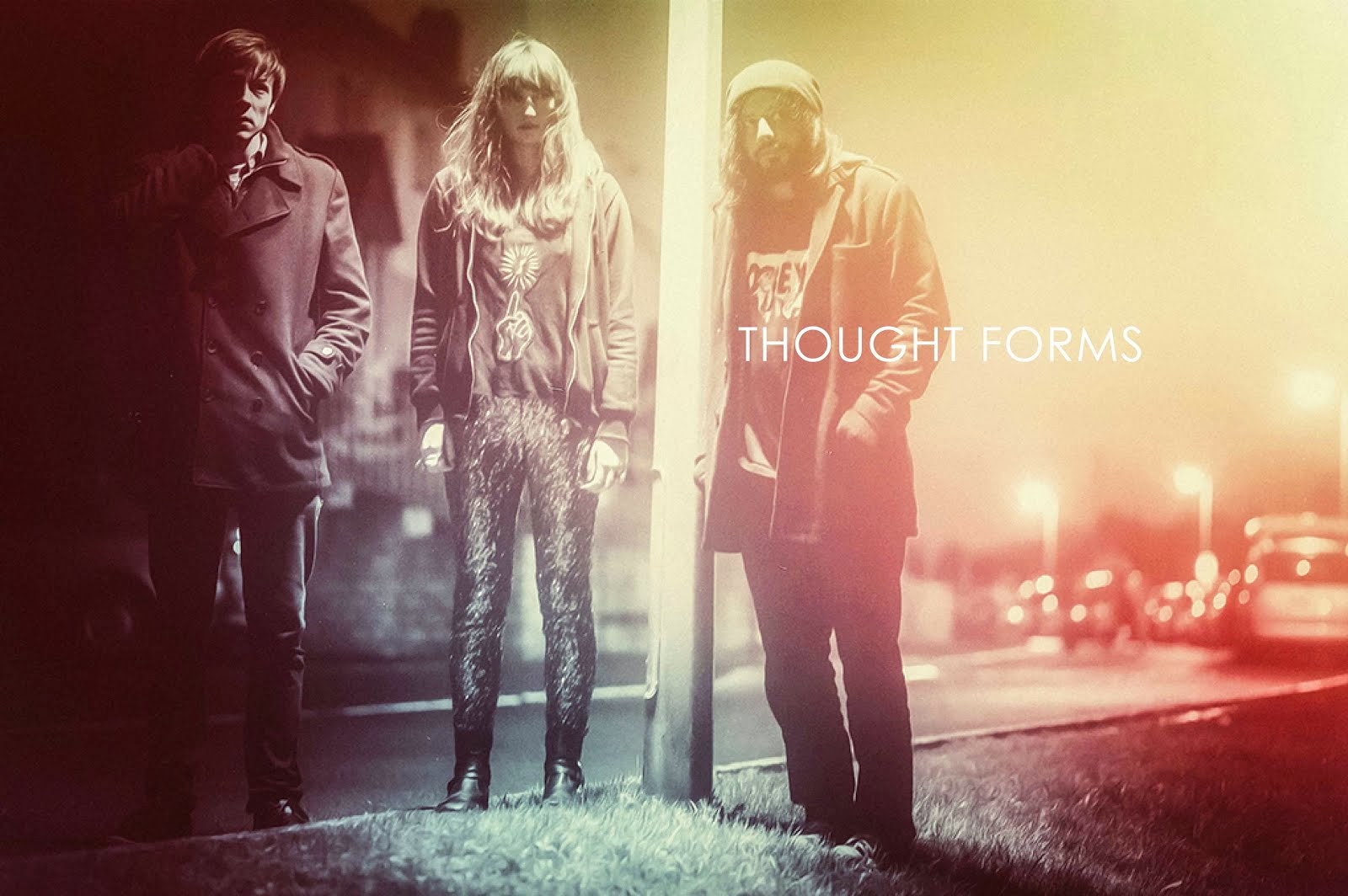 Not much happens in the West country.  It's a rather quiet part of the world where the people are believed to be of a friendly nature, enjoying a glass of local scrumpy as they potter  about in their cabbage patches.  However, out of this calm has crept Thought Forms - a band that is starting to flourish and bloom.  We managed to catch up with Charlie who kindly took the time to tell us a bit about the mysterious trio.

(((o))): Hi, first of all thanks for taking time out to talk to us. You're currently on tour with Esben & the Witch. How's it going.

CR: Thanks!
Yes, we did three dates with Esben & the Witch before heading out to Europe with 65daysofstatic; Cardiff, followed by home-town shows in Bristol and Brighton. They were all great gigs in different ways and we really enjoyed playing with them again, even though it was a brief jaunt. Their new stuff is sounding absolutely phenomonal! Really excited to hear the album that they're about to record with Albini.
(((o))): As well as the tour, you've just released a split with Esben & the Witch. How did the idea for the release happen?
CR: I think the idea of the split came from Invada sometime over the summer... EATW asked us to support them around Europe in February 2013 and Redg who runs the label came to see one of the shows... We were really enjoying playing together and the music seemed to fit together, complimenting each other...
(((o))): Were the Thought Forms songs written specifically for this release? And how quickly did things come together for it?
CR: "Your Bones" was the only song that we'd played live before; the rest of them came together after the idea of the split had been discussed... Things happened pretty quickly, with the songs being written and recorded in between tour dates towards the end of last year.
(((o))): Thought Forms have  a diverse yet cohesive sound. At times crushingly heavy, but also having an early sub-pop/Sonic Youth feel. What kind of influences helped shape this sound?
CR: Sonic Youth are definitely a big influence on us... Not least the fact that they never limited themselves to one style, not afraid to put out amazingly crafted "pop" records alongside marvellous free-noise releases. That's the way it should be, do whatever the hell you feel like...
We started out by just having fun improvising together and have a soft spot for free-jazz/noise, drone as well as more "song-based" stuff; we bonded over a shared love of bands like Mogwai, Slint and MBV.
(((o))): I caught the band live recently for the first time (supporting 65dos). I was impressed by the intensity and also loudness of the set. Is this something you strive to achieve when perfoming?
CR: I wouldn't say we necessarily strive to be "loud"... Not to the extreme, anyway. That seems a bit pointless to me, like adding spice to a curry for three days straight; it's going to lose all the flavour and all you're left with is burning pain.
But the intensity is naturally there when we play together. We lose ourselves in the sound and in each other. If it wasn't like that, I don't think we'd still be doing it. 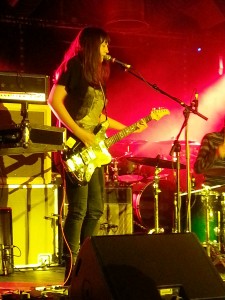 (((o))): As well as current shows with EATW, Thought Forms have more dates with 65dos and have been invited to play with Portishead again also. Have you further touring plans in place or festival appearances?
CR: We've absolutely loved touring with 65daysofstatic; Guy in particular has been a huge fan of theirs since he was really young so it was quite a surreal experience. We're really looking forward to playing with Portishead again in Lyon and Istanbul, the last time we saw them was at Glastonbury last year and it was without a doubt one of the best sets we've ever seen. Aside from those, we're playing at Beyond The Redshift Festival and the Artrocker stage at Camden Crawl (both in London) as well as playing at Supernormal Festival again this August - easily the most enjoyable festival in the UK.
(((o))): Yourself and fellow Thought Forms member Deej Dhariwal were invited to be part of  Adrian Utley's Guitar Orchestra. That must have been a great experience?
CR: We love playing in AUGO... Our first time was in August 2012, playing a piece Ade had written called "Mail, Maps and Motion" at The Passenger Shed in Bristol and since then we've been involved in a number of performances of "In C" by Terry Riley (including the recording that was released on Invada Records last year). We feel really lucky to be playing alongside such a lovely bunch of exceptionally talented musicans and it's a completely immersive and hypnotic experience...
(((o))): The last album 'Ghost Mountain' was only released last year and received glowing praise
As well as putting out the split release, have you any plans to work on the next album yet?
CR: Yes... we've been thinking about that already and plan to start work on it over the summer!
(((o))): In additon to Thought  Forms you also run the Lava Thief label. Can you tell us how this came about and any current/forthcoming releases.
CR: I started Lava Thief just because I wanted to release some of our other projects in nice packaging and thought I might as well give a name to it... The first release was in 2009 and it's mostly been stuff that TF members have been involved with in some way, though recently released were the debut album by Bristol based band Repo Man and a collaboration between Bill Horist and Jakob Riis. Bill is a really interesting guitar player  from Seattle who was in Master Musicians Of Bukkake and Jakob is a trombonist and electronic musician who has collaborated with Mats Gustaffson among others. It's a great mixture of drone, doom, noise and abstract folk.
(((o))): Lava Thief seems very much a DIY label, and you personally have created some of the artwork. Is this something you feel you would be doing regardless of being in Thought Forms?
CR: That's quite a difficult question because my life has pretty much revolved around Thought Forms since I was 17 and everything is interlinked, so many experiences and influences have come from that place. But I was making music and art long before starting TF and have always been passionate about sharing the music that I love, so I guess I would still be doing something similar to Lava Thief regardless!
(((o))): Do you take inspiration from more than music. Be it film, art or you surroundings. If so what has been most influential?
CR: I think it's natural to be inspired by everything that touches you... Whether that's directly or as a voyeur, real life or someone else's artistic vision. I'm really influenced by connections forged with people and places.
https://lavathief.bandcamp.com
https://lavathief.blogspot.co.uk/?m=1
https://invada.bandcamp.com/album/thought-forms-esben-and-the-witch-split-lp