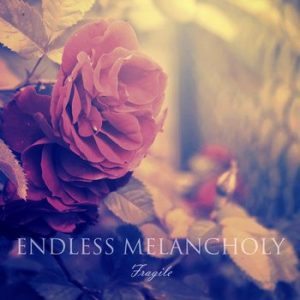 Released on October 21, 2014 via Hidden Vibes and AZH Music

Strings. Gentle piano chords. Drift off or come round, dependent on the time of day. The opening moments to ‘Fragile’ provide the sound of a world slowing down. The record is Endless Melancholy’s third and there’s a dynamism on show here that indicates the maturity of the project, how Oleksiy Sakevyvh is able to create compositions that differ in register and tone, but come together to work as a single piece of neoclassicalism with delicate fragility that captivates and sooths.

Hailing from Kiev, Ukraine, it’s difficult not to juxtapose the tone of the album with what is going on in the country politically. That something so ethereal can be born in such a tempered environment is testament to the power of music.

Endless Melancholy is pianist Oleksiy Sakevyvh’s project and the arrangements he has created on ‘Fragile’ work fluidly, creating emotionally transformative music. The switch in tone from ‘Wherever’ to ‘Glory of the Sun’ is a fine example of this – Cello fading out as sharp piano notes arrive. ‘Glory of the Sun’ is in fact one of the more interesting and layered tracks on the album – and one of the few to utilise electronics, while the addition of drums half-way through takes us from subtle ambient into something with far more punch and pace. More of this development within tracks would have been interesting.

This is an album that is far more butterfly than bee however. It soaks through the listener, imbibing a sense of warmth and, yes, melancholy. Like any ambient work of this nature, there are times when it is easy to drift, to lose concentration on the music itself, but can this really be such a bad thing?

Despite the minimal instrumentation – all tracks are piano led with just a viola and cello (and occasional drums) for back up – there is a real emotional resonance.

On ‘Rêverie’ a more cinematic sound emerges, the melody more focused, while on shorter pieces like ‘Write Me a Letter’ there is more of a haunting atmosphere. The change works well, the album progressing in movements much like a symphony.

While Sakevyvh has excelled here, mention must go to Anatoliy Gavrilov and Vladimir Babutin for their contributions on viola and cello respectively. Adding depth and vibrancy, their work has helped create a brave and comfortable sound (one that isn’t even sullied by the cliched sound of running water on ‘You Are the Moonlight’). There is nothing groundbreaking here, but there doesn’t need to be. It will, however, be interesting to see where Sakevyvh goes next and whether the hint of electronics being introduced on ‘Fragile’ is developed.

With neoclassical artists like Max Richter and A Winged Victory For the Sullen gaining popularity, there is perhaps a solid niche that will see Endless Melancholy being given the sort of exposure music this good deserves. It is an album of hope, not despair. Fragile by name and nature. There’s a time in everyone’s life when an album like ‘Fragile’ is prescriptive.