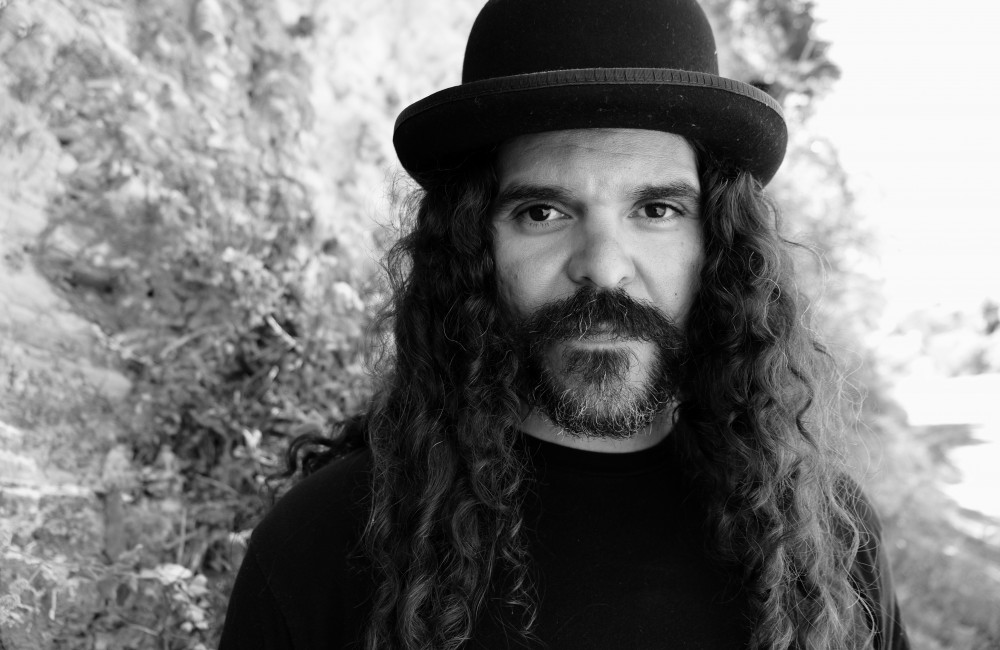 A couple of weeks back Noah Scott had a chat on the phone with legendary stoner/desert rocker Brant Bjork, where they talked about the new album, Australia and Jimi Hendrix.

(((o))): Thanks for taking the time out to talk to us, go gentle on me this is my first interview you know. How are you?

BB: Yeah alright, have you listened to it?

BB: Ah, that’s a band on this one. I?m playing guitar and singing, the other bass, and drums the other lead guitarist, yeah it?s a band.

(((o))): I see there’s the old leaf on the cover of the album. Is that still a part of the creative process these days for you?

BB: Um, I wouldn?t go so far as to say that. I mean, you know I definitely am a supporter of cannabis and all that it is and represents. I wouldn?t be offended if somebody called me a stoner. But, you know, I?m not a guy who sits around the house smoking pot all day and I certainly don?t need it to be creative in any way. It?s symbolic and a metaphor for many things one of which is just, awareness and consciousness. Freedom.

(((o))): I still can?t see cannabis being legalised any time soon then.

(((o))): Fair enough mate, fair enough. So what?s the recording process then these days? Is it just yourself or a more organic, jamming with the band kind of approach?

BB: You know, the creative process begins with me, you know, going into the studio and kind of, opening up the doors, so to speak, to myself. I just kind of, let the floodgates open and let everything pour out onto my four track you know. And then just kind of, take the pieces that are really identifying with my vibe, with my spirit at the time and then I just kind of chisel them into songs and you know in this case, I assembled the band and really the band I assembled was more like assembling a group of friends. I?ve come to believe that, you know, the best music is executed by guys that are like, you know, friends that are down, that perhaps have a jive you know. And so I assembled some friends and gave them the songs you know and then they all, we all went out into the desert and started jamming on them and um, and then we recorded them.

(((o))): Definitely. The bands I?ve been in, the times I?ve jammed there?s always a good feel when you can get your mates together, have that back porch type of vibe going. Makes things easier.

BB: Yeah, I understand what you?re saying but I try not to use the word easy, I like to simplify things, get to the heart of the matter, get to the primal – instinctual element of rock music, but also keep that urgency, that fire burning and um, yeah you know, it?s just one of those things. You don?t wanna spend too much time you know, coz sometimes time can just kind of, water things down. You wanna just like, you just wanna get it and make it happen and record it you know.

(((o))): So you have a massive back catalogue, not even including your Kyuss and Fu Manchu gigs, is there any particular favorites or any stand out moments for you at all?

BB: Not really. I mean, you know, it?s just my work. I do what I do when I do it and then let it go. I move on. You know, I don?t have any favorites and I don?t look at anything, you know, better than anything else. It all, it all authentically represents who I am as a person and as a musician.

(((o))): Fair enough. Dunno if you can hear the old accent but I?m from Down Under and I do believe you were in Australia this year?

BB: We were just down there, you know, couple months back. It was actually during the recording of this record I took a break to go down to Australia. I got a couple of offers to go down there and play and I went down there. Kind of break in the new band and try out some of the new material you know it was great.

BB: Yeah, of course man. Been going to Australia for quite awhile now and um, you know. I love it. You know, I?ve always identified with the Australian people and they seem to have always had a, from what I can tell, a genuine support for rock music so yeah, it?s all good man.

(((o))): So, what’s your take on the state of music now then? How everything seems to be about the process, rather than the results in this day and age. People more interested in the audition rather than the final song.

BB: Um, I dunno man, I mean, I’m not really, I haven?t really been paying attention to rock music or pop music, or just music in general. I mean, as a market place, as a, just as an entertainment industry, I haven?t really been up on things since like the early nineties. I just kind of, as an artist, I?m just a guy who, you know, I do what I do and I do it the way I do it and it?s really, of no concern to me what?s happening out there in the fields you know. I just, it just doesn?t really have a, it?s just not my concern man.

(((o))): Fair enough! Seems to be working alright for you so far anyway. I won?t keep you much longer mate, so lastly, it?s been a sad year in music with the likes of Wayne Static and Jack Bruce recently leaving us so, if you could, if there was one musician you could bring back and jam with who would it be and why?

BB: Um, well. That?s an interesting question and to be perfectly honest it?s pretty easy for me to answer I mean, I would simply have to bring back Jimi Hendrix and yeah. I would just, just jam with him. Or, or just let him jam!

(((o))): Definitely man, definitely. Well mate is there anything you need to say or any shameless plugs or anything you wanna say before I let you go?