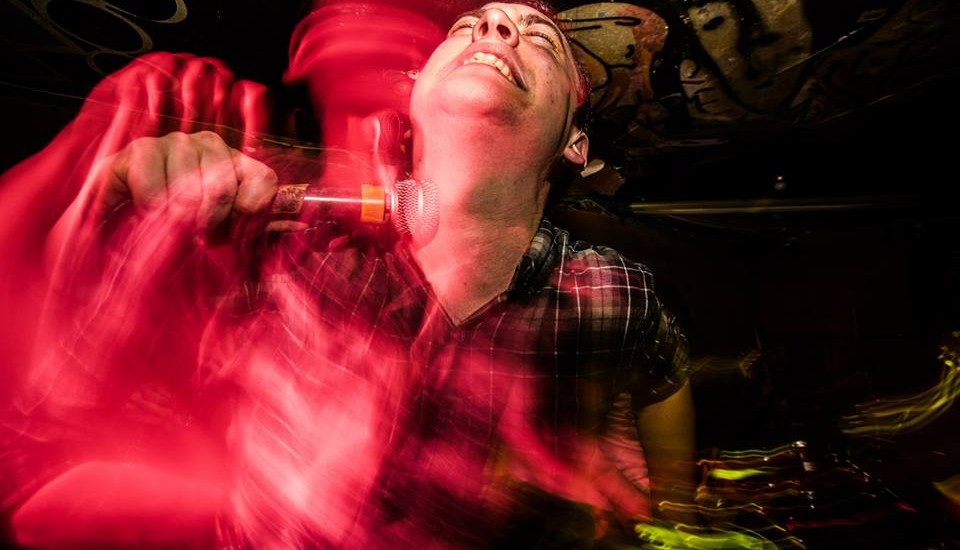 Box Records has had a ridiculous year with releases from Khunnt, Foot Hair, Luminous Bodies, Bismuth, Waskerly Way plus the first label compilation. Matt Baty not only releases this incredible music but plays in stupidly good bands too including Pigs Pigs Pigs Pigs Pigs Pigs Pigs, Blown Out and Khunnt who have torn apart Cosmic Carnage on many an occasion making him an all-out Cosmic hero. Rich managed to grab five minutes with the busiest man in show business.

CC: Records has had an incredible year, have you been pleased with it all?

MB: Thanks. Yeah, very pleased with this year, been busier than ever. I’ve managed to release more music than any year before. Next year looks set to be even busier!

CC: Does the label take up most of your spare time?

MB: I’m not exactly chained to a computer every night. I tend to be a lot busier around releases, things tend to go a bit quieter in between.

CC: How far do you think you can take the label? Are you hoping to do it as a full time job one day?

MB: That would be great however I’m under no illusion. I understand there’s a pretty limited audience for the music I’m releasing. I’d have to shift a lot of records to maintain my Richard Branson lifestyle. I mean, I’m hardly releasing Adele records am I? Might look into that one day though.

MB: Quite possibly Foot Hair with support from Big Fail at The Empty Shop in Durham. A good gig for me is one were I lose my shit as much as I do when I perform live. Foot Hair do this to me. They turn me into a sweaty, debased bad dancer.

Both festivals I’d have gone to even if I wasn’t playing. Very blessed to have played both.

Since the interview Cosmic Carnage has teamed up with Baba Yaga’s Hut and Black Impulse radio to showcase Box Records in the form of a brain destroying gig, it’s going to be fucking NUTS.
Here’s the lineup:
Pigs Pigs Pigs Pigs Pigs Pigs Pigs
Luminous Bodies
Casual Sect
GIRL SWEAT
It’s at the Victoria, Dalston on Feb 6th.
See you in the pit
https://babayaga.ticketabc.com/events/pigs-pigs-pigs-pigs/ 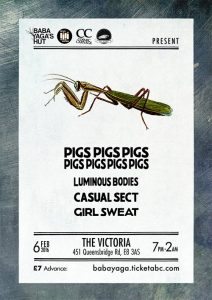