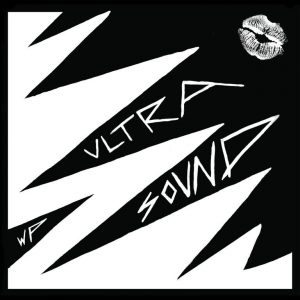 I will admit a predisposition to enjoying clean vocals over filthy, horrible instrumentals, which is probably why Whore Paint’s Ultra Sound appeals to me so much. Drawing heavily from the sounds of the No New York bands, Ultra Sound doesn’t settle for mere stylistic homage, but stands tall on the shoulders of no-wave giants with a distinctly more modern and darker sound.

There’s something strangely groovy about its percussive riffs; the kind of thing you can dance to while it pummels you. The sudden shifts between the loud, riffy tracks and the album’s more vulnerable moments in ‘This Quiet’ and ‘Held’ never feel jarring or forced, they feel part of an incredibly organic and almost logical progression that both serve to give the album emotional range and turn the album from a collection of tracks into a cohesive statement.

‘This Quiet’ stands out as the album’s darkest moment. Rather than dancy, percussive no-wave, it’s a slow, sparsely arranged piece that follows a post-rock structure, slowly building suspense over its first half before thick, loud riffs swallow up the haunting, melancholic vocals. It’s a small peep hole into the emotional core of an otherwise very aggressive album, a short glimpse into the despair at the root of the anger, bringing a sympathetic humanity to the table that might not otherwise be as present. In stark contrast, ‘Run’ is probably the most traditionally no-wave sounding track and I feel like in many ways that makes it the least interesting track on the album and as such the only track that I think is less than fantastic. Far from a bad song and entirely functional within the flow of the album, what could have been a good song on another no-wave album becomes a fairly obvious low-point on Ultra Sound by being noticeably more derivative of the late 70s sound than the rest of the album.

Bookending the album are ‘Maiden’ and ‘Held’, which together from a fantastic dichotomy of dissonant passages. ‘Maiden’ opens with breathy moans over an aggressive, cutting wall of dissonance before finding its groove and laying down the first powerful riffs that will define the direction of the album. ‘Held’, far from the sound pallet of the rest of the album, consists of six minutes of disconnected and discomforting noises, gasps and unintelligible whispers arranged over simple drum patterns that slowly approach musicality in the second half, bringing the emotional narrative to a close.

Ultra Sound stands out as one of the best punk rock releases of 2015. The riffs are fierce and engaging while the rhythm section cuts absolutely infectious grooves, while the powerful vocals thrash between styles. If there’s a band that can fill the shoes of Teenage Jesus And The Jerks, it’s Whore Paint.