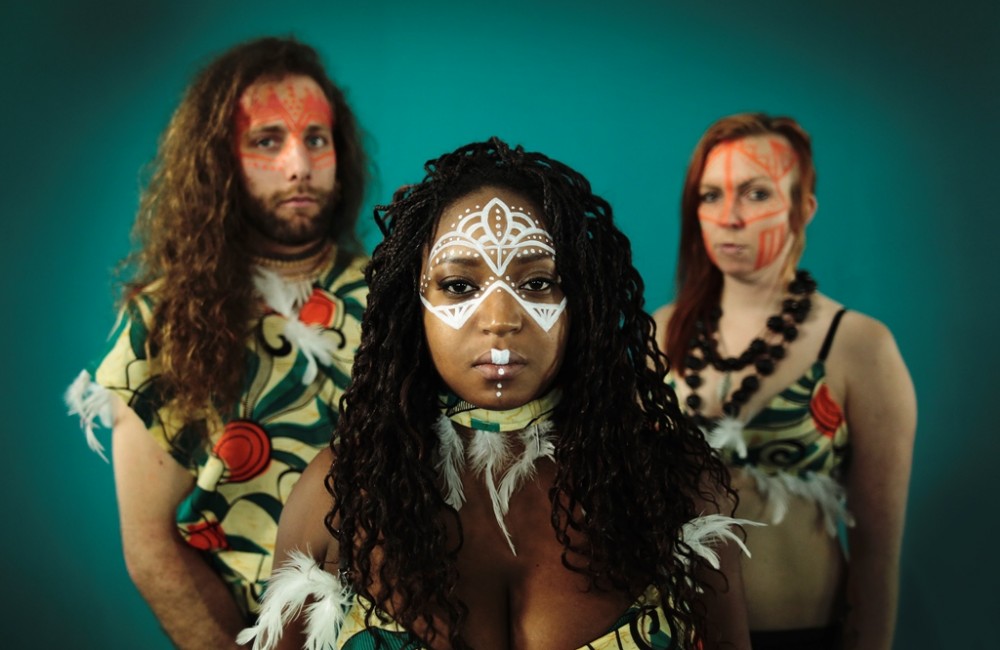 London based heavy psychedelic band Vodun is well-known for mixing their heavy riffs with lots of afrobeat and soul influences, making them a stand out band in the ever expanding heavy music genre. They recently released their new album Possession and they are about to embark on an England tour with fellow London heavy stoners Limb. Matt T.A. Smith asked drummer Ogoun and vocalist Chantal Brown (Oya) some questions about the new album, the band and their influences.

(((o))): Firstly, congratulations on the imminent release of your debut album, Possession, which was released on 25th March. I read that the whole album was recorded in just a matter of days; can you tell me a bit more about the recording process and just how you managed to complete it so quickly? What was it like working with Tom Dalgety, who must be riding high off his recent successes with Royal Blood?

Ogoun: The recording process is always quite easy when we work together. We know we want quite a raw sound, and recording quickly always seems to capture that energy. Agonising for days over a song is done as we’re creating it to make sure we’re happy with the body of the song, instead of at the time of recording.

I had worked with Tom before on several Turbowolf tracks from their recent Two Hands album, and a few other vocal sessions for Broken Hands. It seemed fitting to ask him to mix our album to get it to a place that brought out that heavy sound we were looking for due to bands like Royal Blood and Turbowolf, who he’d produced.

(((o))): Your music is an undeniably unique amalgamation of a wide range of styles, comprising elements of stoner and extreme metal, psychedelia, and, most unusually, soul. How did this blend come about, and which artists have proven most influential on your musical direction?

Ogoun: Chan [Oya] and I were in a previous band together – after that fell apart we went our separate ways for a while, but were drawn back together again through a mutual desire to work with one another musically. We are all very open in the band in terms of what we listen to, which is why I guess the mix of different styles comes so easily to us. Just this morning I have switched between listening to Europe, Taylor Swift, The Melvins and a random playlist of 90s alternative music. In terms of specific artists who influence us, I think it would be different for each person. Afrobeat is obviously quite a big influence for me rhythmically, but the approach I take is learning different afrobeat rhythms technically, then experimenting with a variety of orchestrations on the drum kit and how I can make them feel right with my heavier style of playing. I listen to a mix of afrobeat bands for an overall vibe rather than focusing in on one band or drummer in particular. Chan brings all the soul, it’s in her blood as she’s from a pedigree line of soul singers! Her voice is incredible, and it’s what makes us so different from all the other ‘heavy’ bands out there. People always seem to be quite surprised at how well our musical blend works.

(((o))): Your vocalist Chantal Brown contributed vocals to both the most recent Turbowolf and Uncle Acid and the Deadbeats albums; how did you find working with these fellow artists? Was there any aspect of these experiences that you brought to the recording of your own album? And are there any artists that you’d hope to work with in the future?

Chan: Sometimes the world is quite small indeed, and I find myself working with so many great bands, artists and producers. With Uncle Acid, it was a pretty great as it was back at Toe Rag studios where we had recorded the Invasion album several year before. Kevin has made such a specific sound with Uncle Acid that it was lovely he allowed me the freedom to try out a few different ideas for the backing vocals.

Recording with Turbowolf and Tom was a lot of fun. We’ve been fans of theirs for years, as we used to play shows together often whilst in Invasion. It was a great feeling finally being able to collaborate with them on something. Chris had the melody and lyrics down, but wanted to add another layer of vocals to certain parts. Again, within the perimeters of the structure of the song, I was given the freedom to try a few things out and stack harmonies, which I love doing.

Working with both Turbowolf and Uncle Acid happened after we’d recorded Possession, but in the future I’d love to work with both again. Generally speaking I love working with other people doing something unique. It allows you to express yourself in slightly different way. A way you might not have typically thought of, and from that you learn a lot about yourself as an artist.

(((o))): You are a three-piece band consisting of a vocalist, guitarist and drummer. Given the styles of music you incorporate into your sound, it strikes me as unusual that you don’t have a dedicated bass player. How do you manage without traditional bass parts in your songs, given that numerous bands, such as the aforementioned Royal Blood, currently use bass guitars in place of standard six strings, rather than the other way around?

Ogoun: Effectively there is not a lot of difference between how Royal Blood capture the thickness of two instruments and go about writing songs, and how Vodun create a full tone. Basically it’s the same process in reverse. However using a standard 6 string guitar allows for chords and melodies to be laid down first, leaving the low end to be punched in afterwards or to match the melody or the chords.

(((o))): In addition to your striking sound, you utilise strong African imagery to accompany your music. Most notably this has been through incorporating tribal body paint in your live performances, as well as in the music videos for ‘Loa’s Kingdom’ and ‘Mawu’ in particular. What role do you see this imagery playing, and how did it come to be so entwined with your musical output?

Ogoun: We each take on a different embodiment of ‘loas’ in the band (check out this link for more of an insight on this) – the body paint plays a part in this as it helps us get into character. Lyrically and conceptually it all just ties in, and music and art have always married together – especially when it comes to performing. I personally love bands like Die Antwoord, CocoRosie or even Kiss, who create characters or have some extra element of depth to their image and musical concept.

(((o))): A couple of years ago, you contributed your track ‘Possession’ to the New Heavy Sounds Volume 3 compilation which was released for Record Store Day 2014, and subsequently played the New Heavy Sounds Festival in London that year, yet your album Possession is being released through Riff Rock Records instead. What’s the story behind this? Do you still have a good relationship with New Heavy Sounds?

Ogoun: It’s actually a collaboration – New Heavy Sounds are still involved. So yes, we absolutely have a great relationship with them. Great label, and fantastic people.

(((o))): Speaking of New Heavy Sounds, you are shortly heading out on tour with one of their artists, Limb. What are you looking forward to most about the upcoming shows and what can the audience expect?

Ogoun: We are looking forward to taking our long awaiting precious orange vinyl out on the road so our fans can actually have a physical product from us! We always love playing live though – audiences can expect a high energy performance, lots of percussive interaction on psych breakdowns, some unheard songs from the album being played, and maybe some fire, if they’re lucky. 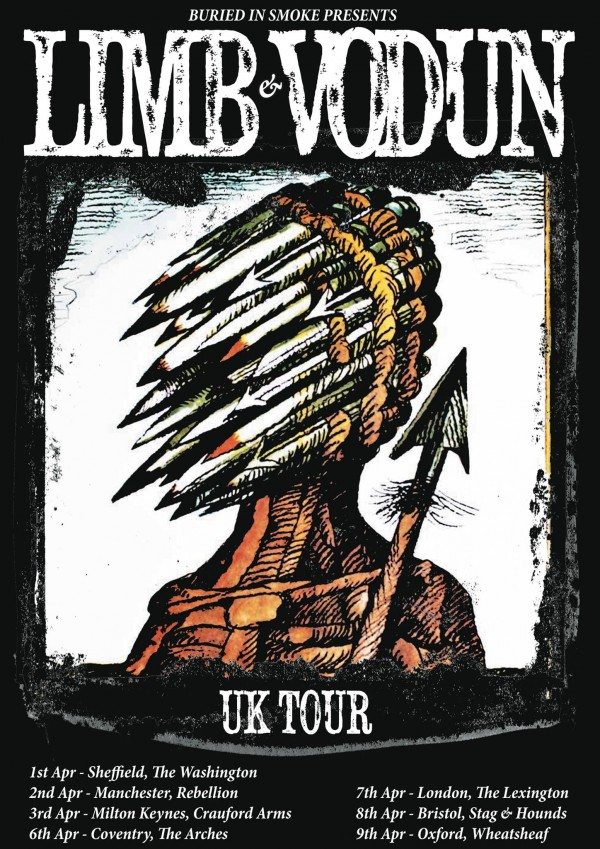