Raw Power 2016 happened and we all got seriously battered, or was it just me?! I hope it wasn’t just me – all I know is that it’s the Wednesday after and I still feel appalling. Now, before I make a bunch of stuff up, I just want to say a big thanks to Anthony and the rest of the Baba Yaga’s Hut crew for putting on such an incredible weekend, or at least I think it was incredible? I’ve got literally no idea what happened and the thought of doing this review is making me sick. Anyway, here goes!

Teeth of the Sea have been going around 10 years and are a seriously well-oiled machine. They tore into ‘All My Venom’ before ripping through the first half of Highly Deadly Black Tarantula, their latest album, which is fucking dark. Just as I started to remember I was at a festival and wouldn’t mind an ounce of joy they whipped out ‘A.C.R.O.N.Y.M.’ followed by their big disco hits, which made dance like an absolute twat. Future headliners. 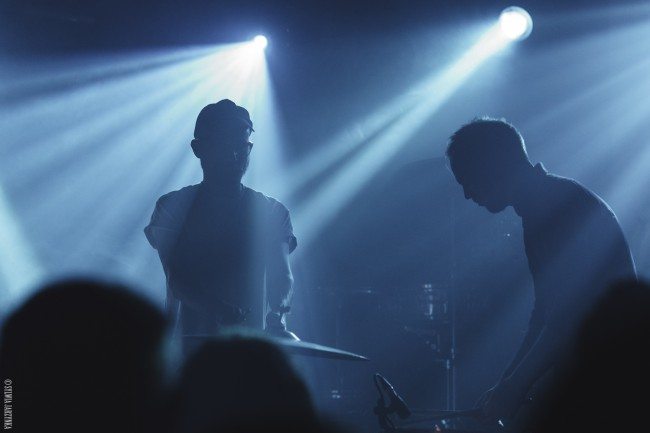 Pardon me for being a complete philistine, but I had not heard of this legendary industrial act who were playing their first gig in nearly 20 years. Anyway, it was pulverising rhythm, terrifying chanting, crippling strobe, disturbing visuals and a stage that looked like it was set in Mad Max’s sex dungeon. I then decided I did not want to be at a festival anymore… I wanted to be in my Nan’s house drinking tea and eating Jaffa Cakes. 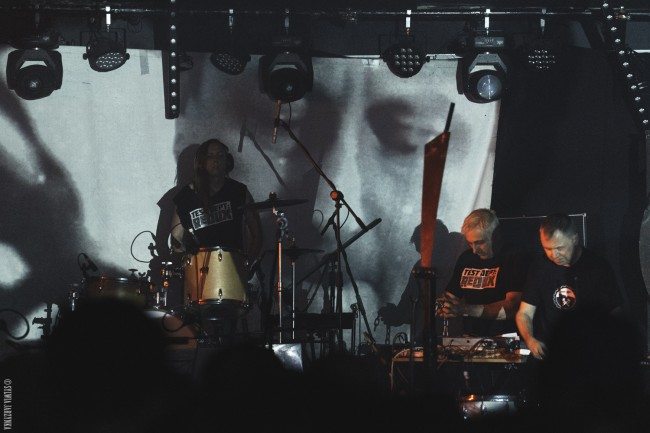 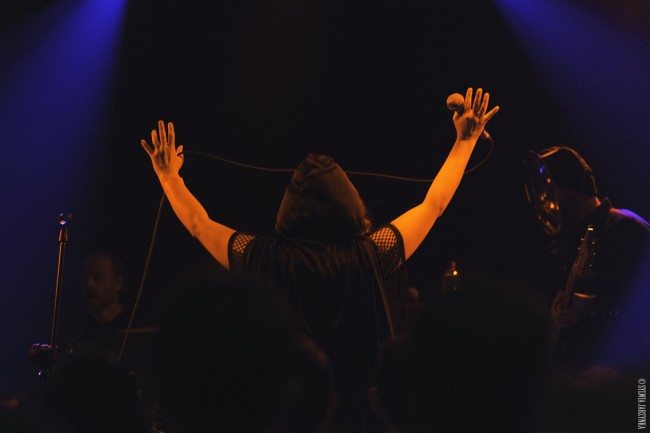 If a four year old were at this gig they would ask:

“Why are they playing on the floor?

What are the two tall guys doing?

Why are they throwing paper plates?

Why are they taping the audience together?

Why is that guy in his pants?

What’s wrong with everyone here?” 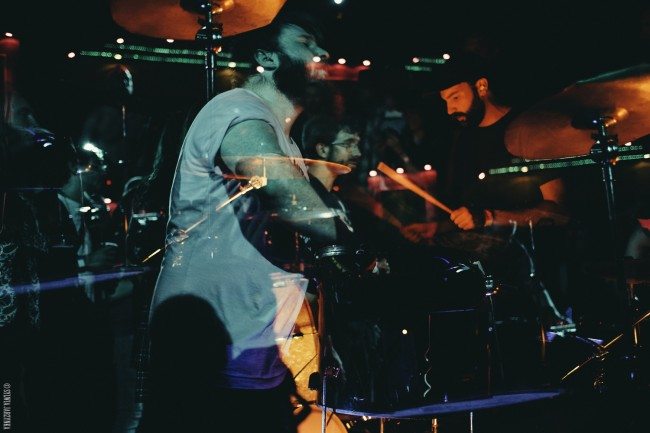 This was only about the third or fourth outing for this relentless riff machine. Not that you’d have known that from this performance, tight as hell as they streamed an astonishing roar from the universe. The drumming was truly jaw dropping at points and the guitar effects made it all so cosy and inviting. I absolutely fucking love this kind of thing. 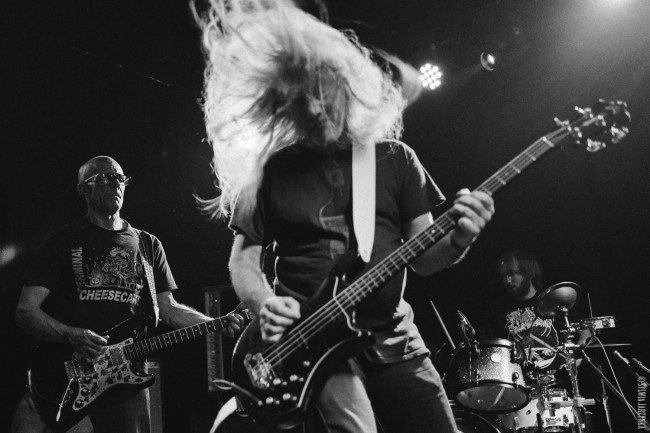 This was mean, seriously fucking mean. Heavy riff, then a heavier riff and then an even heavier riff, which probably set some volcano off somewhere. It was all beefed up on the senses and my body in general. I left feeling like an elephant fell on my head and then I had a panic attack which caused me to miss Selvhenter. Damn you Slabdragger – DAMN YOU!!! 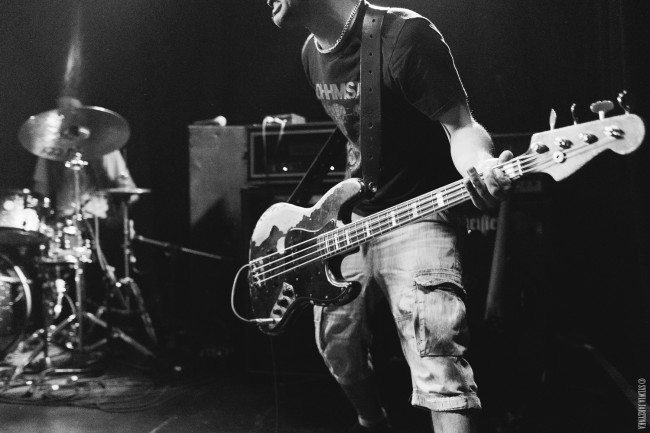 They came on and everyone around me went absolutely fucking mental (including me). My mind was seriously gone at this point, if I’m going to be honest I can’t remember much apart from the odd pint and punter landing on my skull and a wicked cover of ‘Uncontrollable Urge’ by Devo. In other words, FUCKING AMAZING! 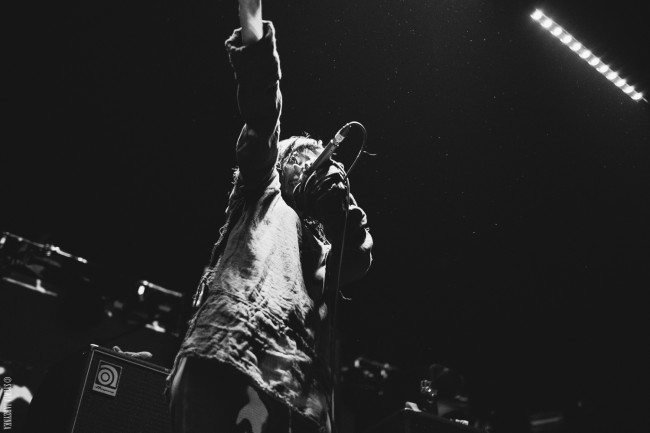 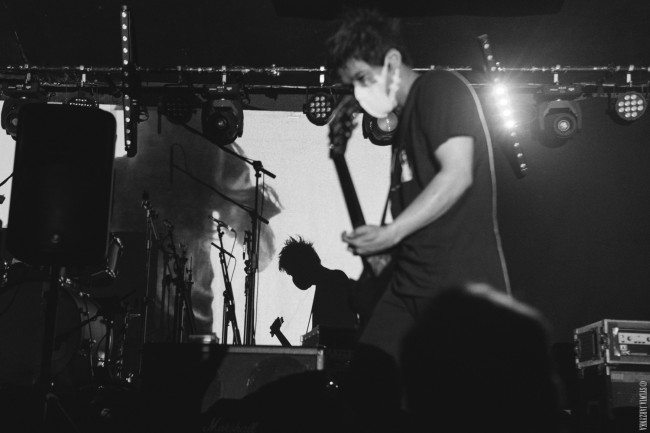 All I remember about this was two guys having a fight with some noise and PJ from Bad Guys flying around the room like a pissed up Spiderman.

I also witnessed Zoo from Luminous Bodies get his 24th bollocking from security at Raw Power 2016.

I was feeling rough as fuck on the Sunday, but managed to neck a few street beers in time for these Brighton-based furious punk rockers. They were fucking amazing, good heavy rock n’ roll with a singer who was massively pissed off, if they were from the US, they’d be fucking massive. I think it finished with her screaming something about ‘drowning in a sea of shit’. GET IN! 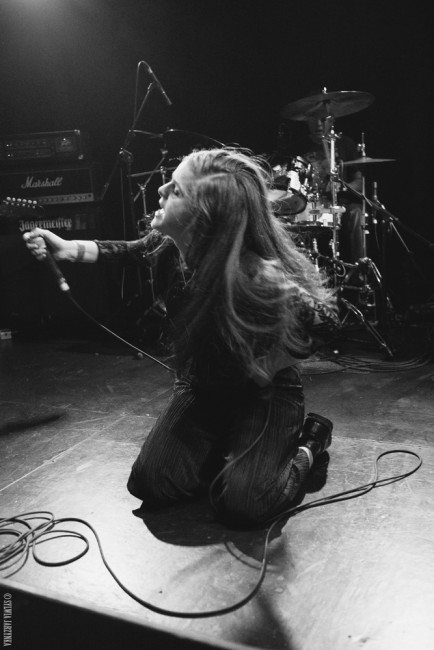 Dark, intense, industrial sort of stuff. Amazing at what they do, but at the risk of having another panic attack I ran away.

I then bumped into Zoo from Luminous Bodies outside who was drinking a can of K Cider, which will now be known to me as ‘Bollocking Juice’. 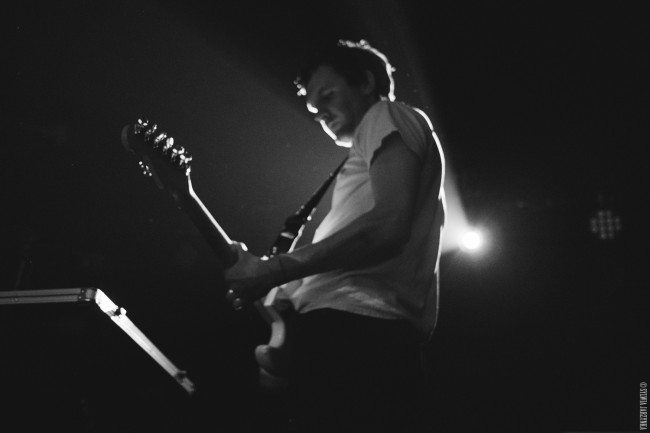 This drone-fuelled beast blasted maxed-out noise with crazy sax over the top, which just seemed to build and build and build until the crowd went fucking bonkers. Their bass heavy sounds really pull you in and make you happy – such a great fucking band.

In other words, a little bit better than this.

I also witnessed Zoo from Luminous Bodies get his 25th bollocking from security at Raw Power 2016.

I REALLY like Workin’ Man Noise Unit, no gimmicks, no nonsense, just great musicians with great fucking songs. What’s better on the last day of a festival a killer band smashing out fist pumping classics you know all the words to? People went crazy, beers flew everywhere. YES! 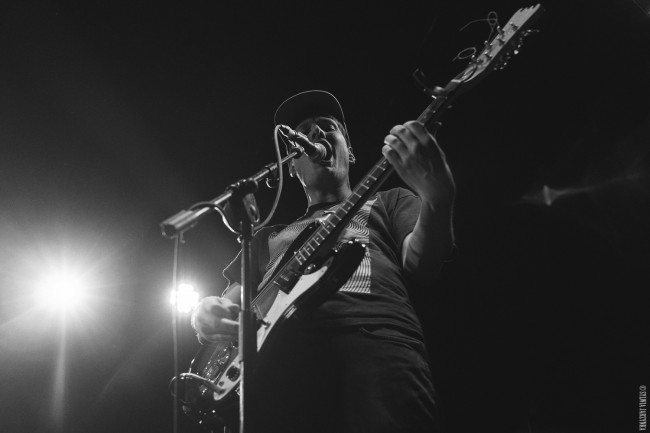 Maybe it was my booze-addled brain, but I found this performance a little subdued. On any other day I might have been really into it, but it was too controlled given the context of everything else that had been going. People were into it and it was probably a nice break from the face ripping maxed out music we’d been pummelled with all day, but for me it could have gone up a few notches in terms of excitement.

These four chaps from Liverpool were on absolute fucking fire. A bit like FÖLLAKZOID I suppose, but a much more dynamic and intense trip. The crowd had certainly had their Coco Pops because bodies started flying and it rained beers again, nobody knew what the fuck was going on and without a doubt the best I have ever seen them.

I also witnessed Zoo from Luminous Bodies get his 26th bollocking from security at Raw Power 2016. 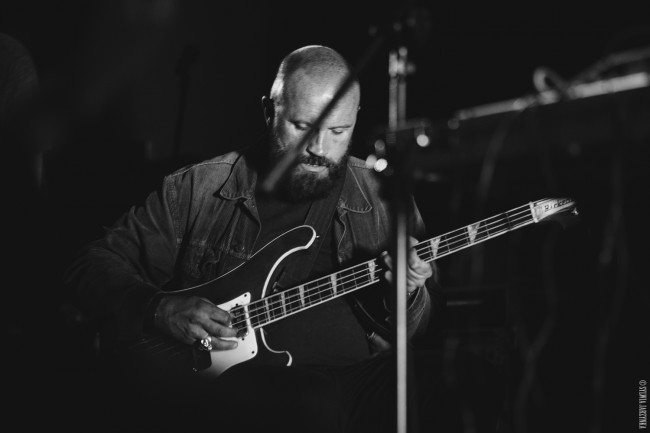 This was absolutely insane. I’ve seen Part Chimp so many times, but it only truly struck me during this performance just how many epic riffs this band has. Riff tidal waves kept crashing into my skull and the whole room lost their shit. London gig legend Graham Dyer was spotted drifting across the room like Falkor from The NeverEnding Story, but with a leather jacket. I was there for the whole thing, but have now spotted a video of the performance where Colin from Sex Swing came and did some Saxophone – I can’t remember anything about this, which has made me question if I can remember anything at all.

On the Tuesday afterwards, I bumped into Tim from Part Chimp in Sainsbury’s in Dulwich near the baked beans. I was 100% sure this happened, but I’m starting to question it now – did it happen? What the fuck is wrong with my brain? I’M SCARED! 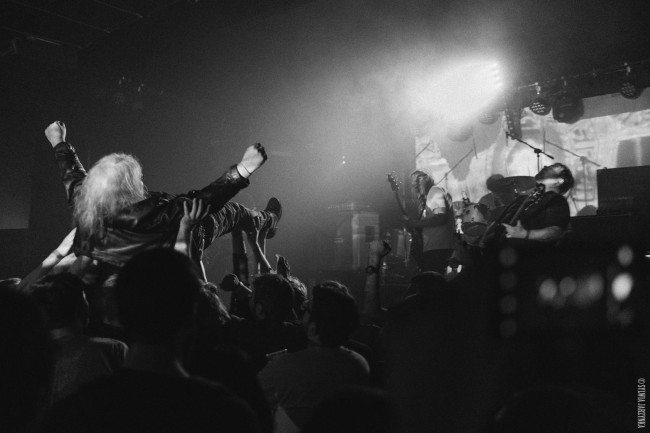 The audience was down to the severely pissed-up hardcore by the time Pigs x 7 took the stage. They were not here to fuck about, they had been given an incredible opportunity to close this legendary weekend and they had nothing planned but pure devastation. After a quick rant from frontman Matt Baty about having their Buckfast confiscated (probably the worst thing you could possibly do to this five piece), they were straight into ‘Psychopomp’ and everyone went absolutely fucking bananas. It was insane, as intense a performance as you will ever see from any band on the planet with an audience as equally as energetic. I can now say with 100% certainty that Pigs Pigs Pigs Pigs Pigs Pigs Pigs are the future of rock and roll. 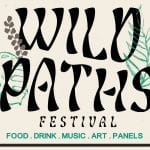 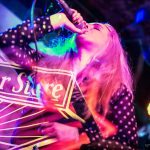 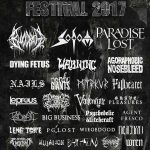