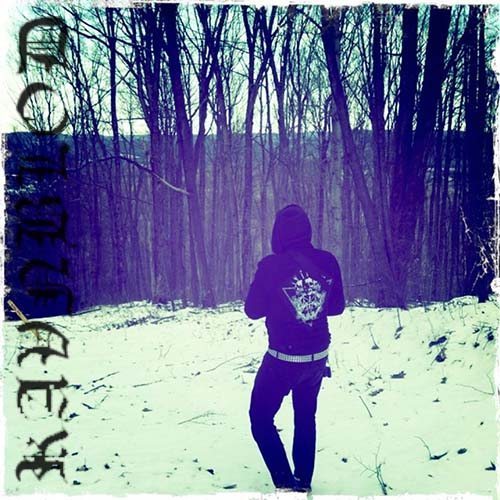 (((o))): Please tell me a little of your music background.

Shane: I started going to local punk/hardcore shows in Western NY, south of Buffalo, NY around the age of 15. Went to shows for a few years before started my first band – Mephistopheles Death Canister, back in 1998, which started as a joke band to get people to leave shows, but morphed into something worth doing more and eventually became a black metal band. And that band stuck around until 2003. Over the years I have been apart of a multitude of bands with varying genres.

(((o))): How did Red River Family Records come together?

Shane: In the winter of 2012, I reached out to a friend that ran a label and I wanted to put together a tape comp to release. He turned down the proposal and suggested I do my own label. Figured why not, and the bands that were associated with the first release were people that I went to shows with in the Red River District of Austin, TX. Thus the creation of name, and the creation of the label.

(((o))): Why black/extreme metal in Austin, Texas? Did you feel that a scene was present and simply? not being represented?

Shane: The scene had a presence of black metal, it just wasn’t showcased as much as I personally wanted it to. Texas has a long history with black metal, so it is very fitting for Texas family to support and be represented.

(((o))): How many bands are presently on the Red River Family Records roster?

Shane: Roughly 50 bands have been presented on the label in form of standalone release, split, or compilation.

(((o))): This is the first multi-day event Red River Family Records will be hosting. What motivated you to organize it?

Shane: Think of it as a family reunion, but instead of lawn darts, and old potato salad, it’s a weekend filled with bands on the label and bands that we enjoy.

(((o))): Which band are you most excited to see at Red River Family Fest?

Shane: Blue Hummingbird On The Left – A group of us drove out to Los Angeles during the summer to see the Decade of Chaos, so this isn’t our first time seeing them live. But each live show they put on is great, and just shouldn’t be missed.

(((o))): Are you planning to expand your roster to include more variety in musical flavors?

Shane: The label currently has a wide spread of musical genres, primarily it is an outlet for black metal. But there are folk, acoustic, neofolk, metal, dungeon synth.

??(((o))): Red River Family Records releases are predominately cassettes, at present. Most, if not all, of your offerings ar?e sold out, too. Why do you think cassettes are becoming popular again?

Shane: My personal take on it might differ from the next person. But I grew up in the punk/hardcore scene in western NY, and there were a lot of tape releases from bands at shows. Once CDs were easier for the DIY bands to produce, then it became CDs. But I always kept my cassettes, and felt like they were art pieces to collect. And that is somewhat a way I still view them. I listen to my cassettes, but I won’t say that I get a better sound quality from a cassette opposed to digital. So I think what is making them popular currently, is part nostalgia and part uniqueness.

??(((o))): How would you like to see Red River Family Records progress from here?

Shane: I don’t have high aspirations for the Red River Family – Not looking to make money, or gain fame. The releases we put out are something we want to support for more ears to enjoy and for others to be exposed to. I would like to see a yearly fest become a on-going event, again – Family reunion for everyone to get together and enjoy great music. We will continue to release tape releases, and slowly add capabilities to support doing more vinyl.

??(((o))): Does Red River Family Recrods have any upcoming releases or events?

??Shane: There will be a handful of tape releases coming this winter, but currently they are not confirmed. Best I can say is follow the website, and continue to support bands you enjoy.

Get tickets for Red River Family Fest through here. 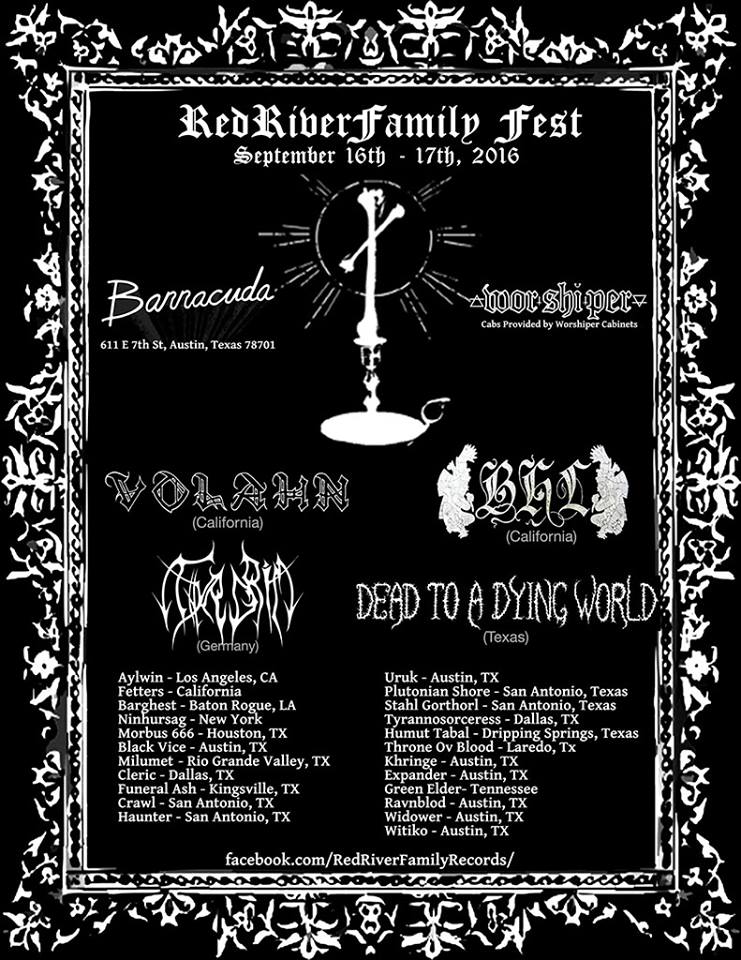