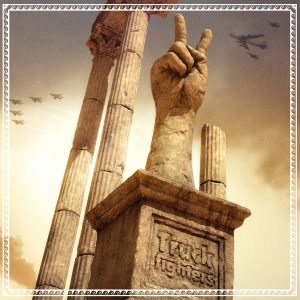 Hailing from Örebro, Truckfighters have been a Scandinavian stronghold in all things fuzz-laden for a solid 15 years… that is a lot of groove to have given. This year sees the release of their 5th album V and whilst it is clear that whilst the basics never stray too far, Truckfighters still have a lot to give.

‘Calm Before The Storm’ is possibly the most accurately named track encountered in all my days. A creeping intro opens this meandering stoner offering. We hear calming verse inevitably fall away to a crushing chorus, a cacophony of noise that Dango is able to command.

‘Hawkshaw‘ kicks into action, with new addition to the family El Danno proving his sharp drumming fits to somewhat offset the ever-fuzzy tone of his two companions perfectly. Ozo’s thick bass lines compliment his soft vocals; this is a constant feature of the album, driving the thunderous melodies along.

The gritty Truckfighters tone we’re used to swings back in ‘The 1’ and ‘Gehenna’. Their approach ensures that each track is thunderous, but if you’ve ever watched Dango onstage, you know that there is a perfect bounce to each groove presented.

More progressive in parts than any preceding tracks, ‘The Contract’ flaunts the bands stoner grooves. Laden with distorted vocals & slightly muted hooks, this track rolls along before Ozo’s soaring vocal gives way to ‘Fiend’. A melody heavy track, with a chaotic pre-chorus, this is typical of the genre melding Swedes.

With duel drum and bass driven bursts throughout, closing track ‘Storyline’ stuns. Desert rock hasn’t ever been the most coveted of genres, but Truckfighters show the variety and depth that can be shared. V is a solid offering, destined to sound mammoth in a live space. If you want fuzzy riffs to the eyeballs, then look no further. 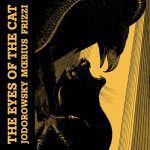