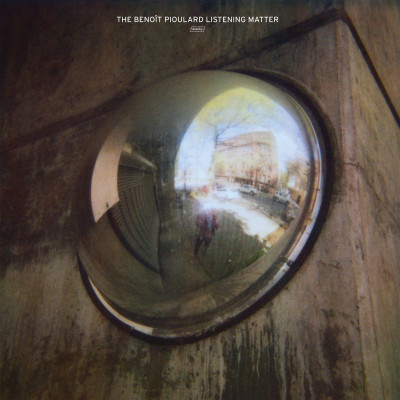 Following an excursion of a wholly ambient release, one that truly enveloped the listener into a world that offered intrigue and mystery, composer Thomas Meluch offers his latest work under the Benoît Pioulard moniker. Returning now to his roots of experimental ambient folk, The Benoît Pioulard Listening Matter features Meluch taking a step back from his 2015 album of Sonnet, utilizing his incredible range of ambient composition to further push and extenuate his own acoustic-folk musings. The result of it all is an album that that feels strangely familiar and comforting, whilst managing to express many ideas and notions that are certainly different.

Whilst Sonnet emphasized ambient techniques greatly and featured very sparse vocals, The Benoît Pioulard Listening Matter instead focuses around Meluch’s own folk notions, all accompanied, pushed, moved and broken up by his own ambient techniques. At the heart of every musical technique, is Meluch himself who examines himself and his own experiences and understanding of troubling times with great examination, using the recording process of The Benoît Pioulard Listening Matter as a growing and healing process. Vices, virtues, life and death are all mused upon and expressed by Meluch, all blurred and obscured by ambient washes, as though there’s only so much we’re supposed to see.

There’s a great intrigue following this album and its release. Meluch seems to have spent much of the past two years really turning his gaze into himself, looking at how he views the world and understands it, before turning at introspection outward through the medium of his songs. There’s an incredible fragility to much of the work on the album, whilst also being incredibly headstrong and confident. As a body of work, much of the album seems to jump further ahead than much of Meluch’s work, sounding more concise and direct than the 2015 ambient work of Sonnet or even the more folk-directed 2013 album of Hymnal.

Meluch’s works may sometimes feel a little hard to really tap into at times, especially much of his earlier work which really felt experimental at times. It seems now Meluch has really honed in his incredible range and talents, creating an album that is no doubt experimental, but is also much easier to digest and understand, whilst still being a wonderful album experience that simply achieves everything it has set out to do. It’s arguable that Meluch has created a perfect entry point into his music for those who may be unfamiliar to his unique style, whilst also releasing a work that will really inspire his many lifelong fans.