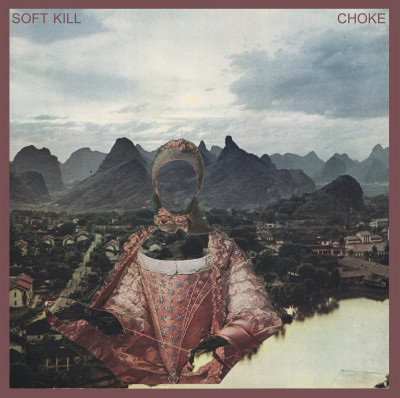 Soft Kill, having only delved into them myself in the past few months, feel overlooked in the conversation regarding a revival in post-punk. Their 2011 LP An Open Door is far more than just a modern gem within the genre; the band solidified themselves with a sound that was dark, romantic and true to their influences. The Sound, The Cure and Joy Division can easily be cited as influences for what Soft Kill achieve from their sound, yet they feel undoubtedly individual, a rarity within post-punk. The band area driving energy, formed of melodic yet icy guitar leads and cavernous drums that draw the most desperate of emotions from oneself, all with the aid of vocalist Tobias V.H.’s inviting yet wounded sounding vocals.

Following this debut, Tobias fell into rough circumstances involving addiction, and so Soft Kill weren’t to offer new music until last year’s stellar LP Heresy. With a new line-up, the band further proves the ability to create repetitive, immersive and minimal post-punk managing to lay bare the most complex of moods. Though short, the music was representative of a band looking to continue an upward path, and Choke is certainly the album to confirm this.

Ben Greenburg of Uniform’s involvement with Choke is immediately distinguishable; The opening track ‘Whirl’ echoes throughout, as if there is space between the instruments filling the air. Pounding drums are accompanied by Cure-esque guitar leads that swallow the listener as the track marches forward. Again, Tobias’ vocal performance evokes pure aching and longing; this is especially prominent on ‘Wake Up’, which is possibly the best post-punk track you’ll hear this year. The repeated jangling guitar lead is nothing short of stunning as the track swells to an elated chorus. Somehow, Soft Kill force a sense of dread and desperation after something that’s lost, yet also the feeling of an end, a finality. This is also achieved on the haunting title track toward the end of the record, drum patterns plod under a sort of call-and-answer pair of guitar leads that soar above Tobias’ low end utterances. It’s truly a moment of atmosphere and immersion that solidifies Choke’s overall theme.

I don’t like to consistently refer to influences, nonetheless this record literally features one. ‘On the Inside’ includes a vocal contribution from Mark Burgess of The Chameleons, who fits seamlessly into Soft Kill’s sound and allows for a deviation in vocals whilst never imposing too much on everything the band attain. This influence is worn on Soft Kill’s sleeve throughout ‘Lost’ and ‘I’m Beside You’, both of which add to the stack of highlights in the short track listing. The latter of these tracks displays that recurring theme of inescapable sadness that has gripped the record thus far, executed with the repeated guitar melody, an almost danceable drum rhythm and one of my favourite vocal performances from Tobias.

Choke is the record I think a lot of followers wanted to see the band make. Not only does it feel classic, memorable and instrumentally moody, but also cripplingly dark and solemn; the translation of these emotions is not often captured so well within a listener, and Soft Kill have mastered it. This latest record is as beautiful as a record so thematically soaked in death and depression can be, thus making Choke a pinnacle for the band and a highlight for the year’s music as a whole.