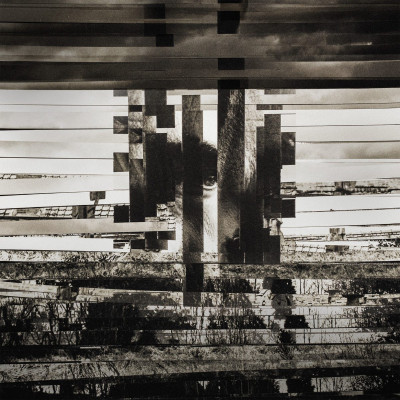 The Western Lands by BARST

So here it is. The first full length album of BARST: The Western Lands. I was really looking forward to the release of this album since the published preview (title) track already was extremely promising. And guess what? It is a breathtaking journey that has to be played on high volume preferred in a darker room.

This review will not be a long one since the album can be captured in only a few words. (But you can also keep talking endlessly about it). Nevertheless this is one of those albums that is very hard to describe with “just” words…

First of all, you don’t listen to just one track. The album has to be seen as a whole adventurous journey. One moment I find myself riding my horse as a knight on a battle field, another moment I am dwelling in a land of decay and despair, conquering fears with hope at the end of the horizon.

Second of all you don’t listen to this album, you feel it, you experience it. BARST builds up layer after layer on its way to a certain climax where I was being smashed into a sound wall of drone and ambient sounds with very catchy endless guitar riffs.

Mixed and mastered by Tim de Gieter and with the very suiting cover art of Niels Verwijk this album really is an intense beauty.

I don’t make top 10 lists of releases, but if I did…. this album would be in it for sure.

If you ever get the chance to see BARST perform live…. please do it. The onstage collaboration is fantastic and the music is even more intense than on the album (if that’s even possible). The visuals, the interaction on stage, the visual display of the use of loops, samples, drumbeats and percussion are eye candy.

To sum it up, this album is a masterpiece of art that speaks to and through the heart and receives a lot of love from my side. I am already looking forward to a future release.