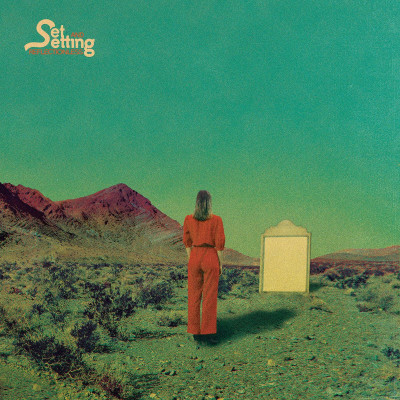 Reflectionless by Set and Setting

Set and Setting are a band based in St. Petersburg, Florida. Which, much to my chagrin, I have never had the opportunity to see live. Shame on me as they are only a couple hours away. I missed them last time they were close and have since vowed to never let that happen again. Their new album Reflectionless is due for self-release on January 27th via AWAL with other vinyl variants available through Dunk!Records and Science of Silence Records.

In my opinion their music can be best categorized as a slower pulsed myriad of heavy riffage mixed with more mellow, but not quite ambient, textures and melodies. This album seems to have its tempo perfectly governed as the listener is not lost in a sea of sludgy guitar weighted movements, nor is it stuck in some stagnant wading kiddie pool of effects, delay pedals, and ambient synths doomed to go nowhere. Their ability to vacillate between different planes of sound is worthy of mention. If any of you have read my reviews in the past, you may know how much of a fan I am of the rhythm section in principle. How, as a whole, it shapes the feel and groove of a song more than anything else. Bass and drums do much more for a slab of heaviness than the crunchiest or most distorted of effects derived from a pedal or amp.  And this wrecking crew has two percussionists to boot!

As per the definition, ‘Saudade’ chugs along in the turmoil and longing for that, which is long lost without the promise of return. Much of the song portrays the hopeful thought of homecoming, yet still ends in uncertainty. While mellow yet still following a fixed melody ‘Axiom Dream Within…’ acts as an intro to ‘…The Idyllic Realm’. Which let me start by saying thank the heavens that I have not been subjected to the repeated wallop inflicted by both drummers on their heads. This is one of the heaviest tracks on the album, but still follows the format of offering a lighter respite from chaos. ‘Incandescent Gleam’ is simply beautiful and, in my opinion, entirely too short. I would love to see a part II, or the original song theory expounded upon and explored further.

‘Specular Wavefront of…’ also performs the duties of an intro, but can be heard as its own pillar of repetitive bliss and as it lulls one into a calm sense of stillness before ‘…The Mirrored Self’ reopens the wound and resumes the steadfast mid-tempo hammering of our ear drums. ‘Eternal Pendulum’ is yet another intro-esque mellow track that not only reaffirms the band’s ability to offer the opposite of grave digging sound mass, but to probe and examine their own lighter side. Much like a ripple that starts in the farthest stretch of the ocean to culminate in a mile high wave that the last track ‘Ephemerality’ persists on inflicting upon us all. This is the perfect song to close out the album as it begins like an anvil unyieldingly pressing down on you and weaves its way back into the ether of beauty that is attainable and Set and Setting have seemed to have found their sweet spot within. And it is by far my favorite track on this opus.

Set and Setting are a scion among other weighty bands that have come before.  But these fellas have forged their own sound that is wrought with the echoes of strife, catharsis, and emotion. They have excelled in occupying many facets of lyricless music and segueing from a cranium shaking sound wall, to peaceful easy flowing, back to heavy without feeling contrived, premeditated, or too abrupt. Having been a listener and a fan since early 2014, I must say that Reflectionless is by far their most triumphant and boisterous release to date. Gentlemen I applaud you for taking a guy like me who leans very heavily toward the prettier/lighter end of the post-rock spectrum, and keeping me a believer in your heavy mantra.