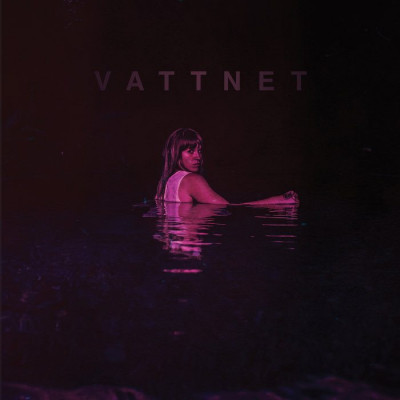 Vattnet is a progressive rock band hailing from New Hampshire. They were originally known as Vattnet Viskar, a post-black metal project. This time around they not only changed their sound drastically, but they also dropped the Viskar from the name, to have them resemble bands that are more in the realm of progressive rock. On September 15th, they will release their first self-titled album under the name Vattnet on New Damage Records. The album is currently up for pre-order through here.

Vattnet’s new album is a very drastic change in sound from their days as Vattnet Viskar. Atmospheric black metal bands are all starting to sound very similar these days, and too many bands are creating that style of music. I honestly feel like it was a great idea to switch direction completely, especially because very few bands do it today.

Original vocalist/guitarist Nick Thornbury, now out of the band, led bassist Casey Aylward to step in on vocals. There is a very different shift vocally, especially, for the most part, clean and somewhat high-pitched. Personally, I like him singing on the album. His vocals work well with the music. Musically, the album is very atmospheric and progressive, filled with catchy melodies and fuzzed out guitar sections, as well as a very solid rhythm section on the bass and drums.

Vattnet describes this new sound progressive, and although that aspect is there, I hear catchy post-hardcore, some would even say there are elements of emo (due to Aylward’s high-pitched vocals), which is, in no way, a bad thing whatsoever. A track like ‘Sugar’ resembles a modern post-punk sound, where a track like ‘Ghost’ (my personal favorite), starts with an atmospheric guitar intro followed by that solid rhythm section on the bass and drums, which leads into heavy-hitting post-hardcore. This track switches from atmospheric to heavy for the entire length of the song, clocking in at 6:40, and Vattnet do a damn good job at this. The track following this is entitled ‘Sister’, which is a nice little instrumental guitar interlude which is only a little over 1 minute, but follows nicely into ‘Chains’. This is a straight-up rock ‘n’ roll track with a sonically intense guitar solo towards the end of the track. In ‘Time Will Prove Everything’, Aylward sings “There’s no happiness in life unless you make it. There’s no happiness in life unless you fake it”, which rings so true, because today people can either choose to be happy and do what they want to do, for the passion (make it), or get stuck doing something just because it brings them good money or material possessions, even though they are usually miserable (fake it). This could also be related to how someone feels mentally, as well. Once I heard these lyrics I automatically agreed with Vattnet, since this is the definition of the majority of society today.

These 8 tracks that comprise the album are very diverse and each track has its own unique component. As mentioned before, I think it was a great move for Vattnet to leave the post-black metal scene, and try something completely new. They have succeeded by a long shot with their first album as just Vattnet. True, straight-up rock bands are few and far between these days, and as many post-punk, post-hardcore, or progressive metal elements Vattnet display on this album, I really feel like this album (despite the elements that are there), is a straight-up rock album, and one of those few and far between one’s at that.