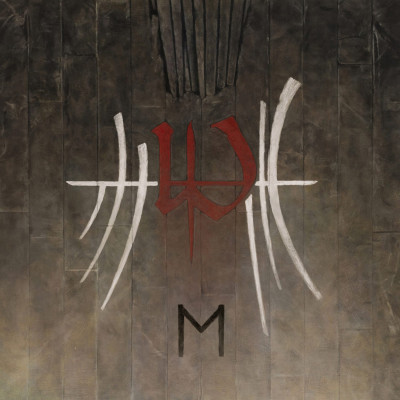 If you’ve been following the career of metal veterans Enslaved since the beginning, then you’ll know that from their very first recordings, they’ve been about making the most out of their music. Starting out in the black metal realm and then finding a broader home in the category of “extreme metal”, they have gone from a band that only sang in Nordic once upon a time, to a band that has evolved into the English side of music with no hesitation or worry about their roots being taken down a peg. Add progressive rock and metal into the mix of extreme and you have a band that has continued to break the metal mold for over 25 years.

And in that quarter of a century, the group has always grown and matured their sound, and not at the expense of forgetting where they came from. In this progression, they have accumulated what now amounts presently to 14 albums of original and respected music. And quite honestly, they’re a band that has never once disappointed me. Not once. And with their perfect streak still going strong, I never worry that a new album will be their undoing. Rather, I clamor and salivate for new music from the group because I know it will be an event, and it will be what I listen to continually for the year that it comes out in.

So enter the late months of 2017, and with the band having celebrated that 25th anniversary milestone last year, instead of bowing out after such a great career, they continue to come up with music to deliver to the masses. And the 14th and highly anticipated release has been giving to us in the simply titled E. Through the six songs delivered by this mature and acclaimed band, we’re given the music we’ve come to expect, and as usual, some surprises along the way.

‘Storm Son’ starts off the new album with sounds of nature and chanting that leads into a beautiful acoustic guitar and drum opening with some keyboard effects thrown overtop, just to make it ominous on top of the beauty. This transitions into a mid-paced melody with a chorus of haunting vocals and the familiar guitar push of their more weighty songs. The mood shows a contrast between Grutle Kjellson’s harsh vocals and an entrancing progressive mood which goes from light to more direct and passionate. New keyboardist and vocalist Håkon Vinje shows that he’s fit in well as a newcomer to the band. This song goes on to show all facets of their current sound; the beautiful and at times dark atmosphere of their well drawn out sections, and the flurry of their black metal origins. This opening track does a great job of showcasing the full scope of the band’s layers in this new era for these musicians.

‘The River’s Mouth’ continues the journey with more of a direct and deliberate metal flow with a spacey backdrop, and as the shortest song on the album, it gives us a bit of a break from the opener, which is the longest song on these collection of tracks. ‘Sacred Horse’ follows with lots of bombastic and meaty riffs, and a hyper double-bass drive harkening back to the band’s earlier days in a lot of ways. Vinje is also able to show off his Jon Lord-esque chops in a short and ripping organ solo followed by some tasteful guitar work. The song does a slow final push with some definite Nordic flavour before finishing up with the original flurry of the opening notes.

What may be the most noteworthy and surprising track for me is ‘Axis Of The Worlds’. Interestingly, this song carries a bluesy-metal vibe to it, which came out of left-field to me, but when a band like Enslaved love to dabble in different musical areas, I know they’ll do it with the utmost respect to their overall sound. There’s a tasty organ backdrop that keeps the bluesy aspects intact while the band throw in some amazing progressive flair to balance the song perfectly. I’d definitely love to see the band revisit this type of melody again as it’s just so damn catchy and they play it out so well. To counter that, the best way to describe the song ‘Feathers of Eolh’ is avant-garde, with all instruments going off the regular path and creating something sublimely different. This isn’t to suggest that this song is a clustered mess, but more to make the point that the band takes so many different approaches sonically that I’m always in awe of how well they transition. The light and dark moments form a great cohesive piece of music, with Kjellson and Vinje showing great vocal dynamics.

To finish off this albums wild ride, ‘Hiindsiight’ proves how well the band tie atmosphere into their whole songwriting process, making the songs breathe but never making them feel boring or dull. With the addition of the beautiful sax solo in the middle section of the song, it gives off an extra special flavour. This track is all about beautiful keyboard layering, some tastefully picked guitar that flows, and Kjellson’s trademark growls to add something edgy to contrast out the beauty. This is a beautiful and haunting ending to a damn near perfect album.

Håkon Vinje, who has replaced Herbrand Larsen as keyboardist/vocalist, almost takes the band to a new level on this recording. While I immensely enjoyed Larsen’s tenure with the group and all that he brought to the table, it seems like Vinje has brought out a new flavour and energy which might not have come across on this album without some new blood to inject.

I notice that with the band’s ever evolving use of progressive aspects in their sound, they manage to mesh this with the more extreme aspects of their roots to make the drive of their sound to be more warm and flowing. While they definitely showed flashes of this in their early days, it seems now that they’ve honed in on this cohesion with perfection and fluidity.

Guitarist and co-founder Ivar Bjørnson has stated that their previous album In Times was the end of an era for them; an era of making sure to mix up the old and new and pay attention to making sure certain sounds were executed in the right areas, and with the band progressing into the future, they will now just let the ideas flow and not worry about expectations. Freedom will reign and fuel their creative fire. I can’t think of a better direction for the band to take, as they have yet to show that any recorded ideas or moments have gone astray. Instead, they’ve helped them flourish, and in doing so, have made them one of the most important metal bands going today. Here’s to the future of Enslaved, and all the incredible music to come.