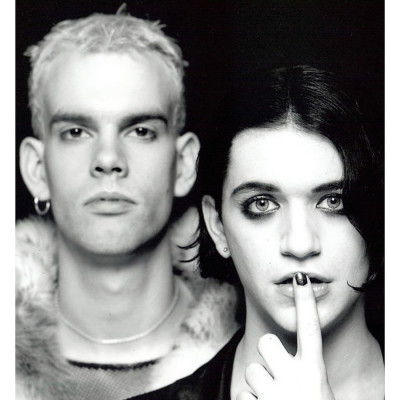 On the latest leg of their 20th anniversary tour, the iconic alternative rockers Placebo came to Manchester – a city special to them, as lead singer Brian Molko mentioned in his opening spiel, for being the only place where they’d had a guitar stolen. This would have been unlike any other Manchester show the band (who were a trio for most of their history, but now operate as a duo) had however, as the show was originally supposed to be at the Blackpool Empress Ballroom, but was relocated to the Manchester Albert Hall at fairly short notice due to ongoing repair works. As a result, the venue was not as full as it perhaps should have been, though the trademark enthusiasm of the Placebo fan-base meant that the atmosphere here, even for the opening band, was still at a very high level.

Opening the show for Placebo were Husky Loops, who raised a few eyebrows at first with their layered and at first electronic-based sound. However, there is a lot more to this band than first meets the eye, as the three unquestionably talented musicians perform a set that is as interesting as it is eclectic. The band has been described as modern art-rock, which is perhaps a fitting description to a large extent, but does not fully encapsulate the range of genres the band is able to span, even in the space of a single song. The experimental trio may not have provided much in the way of a spectacle, but what they lacked in stage presence, they made up for in superior musicianship and provided a highly enjoyable performance. After securing my interest with their opening set and exceeding all expectations in terms of the quality of the music, I’d certainly be interested to watch them develop as a band and see how their sound develops as they progress.

Placebo raised the excitement levels in the Albert Hall even further before hitting the stage by introducing their performance with the full video for ‘Every You, Every Me’ followed by a montage of highlights from the band’s history. As the tour was celebrating twenty years of Placebo’s music, the band promised they would perform some of their older, and more popular, songs which they had mostly not played for the best part of a decade. True to their promise, Placebo built anticipation even further by looping the starting notes to ‘Pure Morning’ during an extended walk on. So when they finally did launch into their classic song, the crowd responded accordingly bellowing every word at the top of their lungs. It was an incredible start to proceedings, and the band kept up the intensity even as they moved from classic to modern with the title track of their most recent album Loud Like Love. This was a good way to prove to those who perhaps only were there for the classics, that Placebo’s full repetoire of songs is very consistent and worth exploring fully.

It was two or three lines into their next song ‘Jesus Son’ that something rather unusual happened. The band stopped playing. Brian Molko had explained before the song that the band would be insisting on a complete prohibition of phones and cameras throughout the show, and Molko had spotted the first culprit of the evening. The same thing happened a few moments later for the second and final time of the evening, as it became clear to all those in the audience who had previously been tempted to disregard Molko’s words, that this was something that Placebo were taking very seriously indeed. The banning of photographic devices for the majority of the show was something that appeared to be greeted with enthusiasm from the crowd, both during the announcement and in the general conversation after the show had concluded. Phones and cameras at shows has been a controversial issue in recent years, so I daresay that there are many who would welcome such a move from bands in future. What struck me most about seeing it in action though was that no amount of phones were as disruptive to the show as stopping a song every time the frontman saw one. Even though it only happened twice, the idea that it could do so again loomed over Placebo’s set for the rest of the show, in my mind.

From that point on Placebo could not quite capture the same level that their performance had reached at the beginning of the evening. This was as much to do with it simply not being possible for the band to maintain such an incredibly high standard as it was to do with the phone incidents. But nonetheless, the show never quite fulfilled what it had promised to at the beginning of the evening. The fact that Placebo chose to pick heavily from their slower songs did not help matters, in my view. This is not necessarily a bad thing to do with a fairly intimate show such as this and a venue which would be quite conductive to it, and indeed many of the songs in question became some of my highlights of the evening. ‘Special Needs’ and ‘Without You I’m Nothing’ were both fantastically moving performances, but the positioning of the back-to-back with so many of their other similar sounding songs took a lot of the energy out of the night, which Placebo were not able to fully recover until they finally kicked things back into life with ‘Special K’ near the end of the main set. It was only ‘Song To Say Goodbye’ and ‘The Bitter End’ left, both of which were performed emphatically, before the band left the stage for their encore.

When they re-entered they bowed out in spectacular fashion. The rainbow bass sported by Stefan Olsdal could only mean that one of Placebo’s biggest (and, in recent years, most neglected) songs ‘Nancy Boy’ was next up, and the crowd responded with the greatest of enthusiasm; dancing their way through the famous hit. Placebo were not done yet, as this was followed up by ‘Infra-Red’ before (after another encore) their cover of Kate Bush’s ‘Running Up That Hill’, which can only be described as a stunning way to round down the evening. Placebo had introduced their show as “the most exclusive birthday party in town”, but in truth the show felt more like an exhibition than a celebration. Downbeat songs were more the order of the day, and with the band already journeying back to some of their older songs, I could not help but feel that a few more selections from their eponymous debut album would have balanced out their set far better and been more fitting for the nature of the show. Nevertheless one thing that could not be disputed was the quality of performance shown by the duo and their four backing musicians. The sound was phenomenal all evening, and the emotional aspects of so many of Placebo’s songs were communicated amazingly well at many points throughout the show. The audience was taken on a great journey of the last twenty years of Placebo’s history. Hopefully there will be plenty more yet to come. 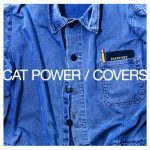 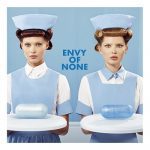 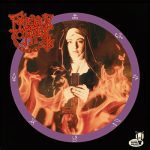