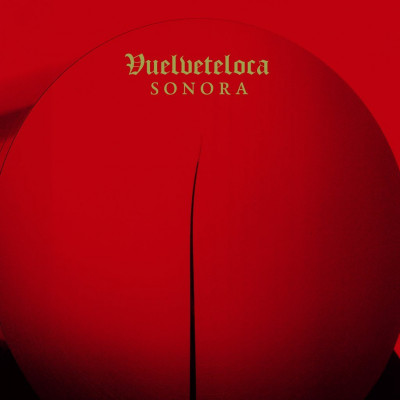 Vuelveteloca are a Chilean Psych-Rock outfit, based in Santiago. With four albums behind them, they are now a well-established band within their home nation, their blasts of motorik sound and fury received with rapture by audiences across the country. Now, with the release of their fifth album, Sonora, on UK based label imprint, Fuzz Club, can the sound of Vuelveteloca continue to thrill?

This question is instantly answered with a resounding yes by the cortex pummelling ‘La Niebla’. ‘La Niebla’ recalls the mind-expanding madness of King Gizzard and the Lizard Wizard meeting the doomy strut of Black Sabbath in their glory days. This is as thrilling as it sounds, as the reverbed group vocals build a sense of hysteria that collapses into a far-out krautrock ending. This is driven by the skilled drumming of Juan Manuel Gili, who is consistently brilliant across Sonora with a performance reminiscent of that of Dave Grohl’s on Songs for the Deaf. Lead single ‘Alta Montana’ follows, trading the expansive meandering of ‘La Niebla’ for a punchier up-tempo sound, showing that Vuelveteloca can rip your face off long after blowing your mind.

As incredible as the opening of the album ‘La Niebla’ is, variety is the spice of life and Vuelveteloca run the risk of repeating themselves across Sonora. ‘Carnaval’ is a great song, all menace and spooky vocal chanting, but after the three tracks that precede it, it doesn’t quite match the standards the opening tracks set. However, ‘L.A.’ adds some new textures to the record, with chiming delayed guitars matching an almost amusing Madchester drumbeat, as if a bug-eyed, acid riddled, 70s rocker wandered into a time machine which was programmed to take them to the Haçienda. ‘L.A.’ acts as the perfect palette cleanser, as its switch in sound stops Veulveteloca from producing a solid album, allowing them to craft a great one.

‘L.A.’ seamlessly runs into ‘El Lado Frio’, allowing the two tracks to become a hypnotic centrepiece for Sonora. ‘El Lado Frio’ initially reduces the volume, creating a haunting atmosphere for the listener, until it blossoms into a vocal hook backed by a sky-scraping chord progression. This track demonstrates that Vuelveteloca can cultivate a slow burn and detonate it for maximum euphoria. The feeling of euphoria is where Vuelveteloca differ from their contemporaries, with the limber grooves of tracks like ‘Chepical’ suddenly dropping into a hands-in-the-air style rave up as if it were sound-tracked by Tommy Iommi.

Final track, “Cientologia & Altiplano”, rounds off Sonora perfectly, a sinuous blend of fuzz, delay and irresistible drum groves that pushes into a breathless climax. The constant layering of sounds over the hypnotic drum groove ensures that the closer remains cosmic, rather than repetitive, endlessly expanding Sonora’s universe.

Sonora is a brilliant record, powered by propulsive grooves and the distilled essence mayhem itself; it is well worth seeking out and sharing with the uninitiated. Veulveteloca deserve huge amounts of praise for creating a record that moves beyond its influences, something that is increasingly difficult for artists to do once they hit their fifth album. Sonora is one of the gems of the year, one that is likely to fly under the radars of many, don’t let it fly under yours.