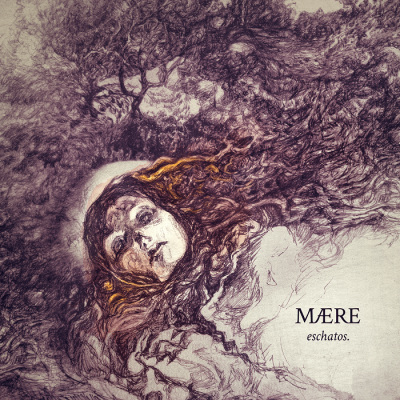 Recently, I delved into Echoes and Dust’s metal submissions folder to better nourish a part of my sensibilities that I rarely acknowledge and to try and find something that defied the usual parameters of my interest when concerning the genre. Black metal is something I do not usually like, in fact, there’s a large amount of sub-genres in metal that I generally dislike but, it tends to be tied to the idea of whether or not I enjoy the vocals. Eschatos to me passed this barrier in an interesting way that never usually happens, they made me feel as though the science-fiction or RPG, fantasy style vocal that I hear in growls and shit like that, actually worked in the style of what they were doing to create a unique and engrossing musical experience that whilst it didn’t feel too emotionally strenuous did provide an enjoyable and entertaining atmosphere.

The album is comprised of two tracks, first and foremost ‘Luminary Eye Against the Sky’ lures the listener in with a psyche-twinged folk vibe that fans of bands like Marriages and Sunwølf will likely find particularly engrossing. The trance like psychedelics of the track make it feel akin to something like Hills and their album Frid whilst the bleak, ghostly vocals crooning over head and the doom-twinged foundations plant a firm root into a metallic core. The track changes pace and vampiric screams douse the track in a theatrical energy. The groove in the instrumentation against the guttural bawls makes for an epic atmosphere with an endearingly camp centre. My internal reference points drag me to notions of witches and banshees and Hammer horror characters. Spooky screams and metal so suspiciously serious it makes you wanna dance. This is the sort of thing I wouldn’t usually enjoy but, for some reason I do. That was the whole point of this. I wasn’t sure anyone would really live up to the challenge. My favourite part of the track, with no tongue-in-cheek, is actually the end. The vocals frantically proclaiming “it’s my death…it’s my death…it’s my death”. I love it. I dunno why, it feels like a B-Movie to me. It’s fucking great.

‘The Night of The White Devil’ comprising of three parts closes out the album. The track features a nice dark ambient intro, again, it feels like an old Horror movie with mysterious keys and synths, creating creepy, ominous, tones. Distant vocals scream. All like a flashback in a movie. Of a carcass dragged away. Of a villain too malevolent for the screen. What I assume is Part II gigs in with some heavy metal riffage and it feels like some sort of cruise down the river styx. Sneering lead guitar work with precisely pummelled drums, I hate to say it but, it reminds me of Pantera. I did always think that Dimebag and his brother whose name I forget were both great at their instruments, but Phil Anselmo has only ever shown himself to be a bigot; there’s no room in art for that level of fear and ignorance. Art is about fearless exploration of the self and the connection we share with each other through empathy.

The guitar work on Mære is great and I imagine fans of bands like Avenged Sevenfold would also get a kick out of this band. When the screaming enters the track it feels like an army of orcs marching into battle. I dunno what’s being said but, the intonation suggest it’s important. The background guitar work is fucking good in that section though. The final section of the track comprises a massive static bridge followed by a weird post-metal kind of break down with delicate vocals over broken lead guitar work exploding into a huge crescendo. This end section is also fucking incredible. I really like one of the huge high-pitched screams just before everything begins to collapse into itself at the end like a black star. 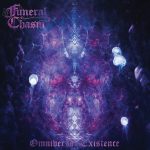