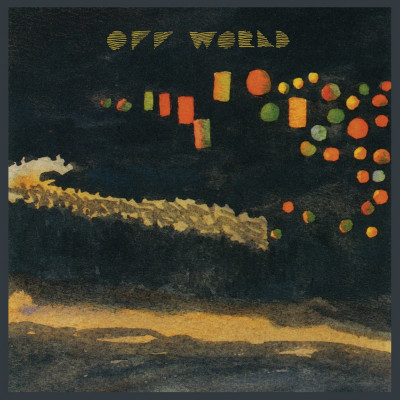 Those familiar with the work of Sandro Perri will no doubt have an understanding of his gorgeously eclectic and inventive style. From the ambient rushes of Polmo Polpo to the loose limbered indie-rock of his own solo releases, Perri has always come across as an artist always pushing his own boundaries in his exploration of new, slightly weird yet oddly accessible experimental music. Last year, we saw the release of a new collective project released under the moniker of Off World. The debut 1 was the first indication of the direction of this new collaborative project, offering us a somewhat bizarre yet wonderfully engrossing album experience. Now, roughly a year later, we see the second in this trilogy of albums, which answers more questions of what kind of project this is, whilst also posing some new ones!

Whereas 1 gave a sense of being lost in the large expanse of the desert tundra, with only large rock formations, the occasional struggling plant and the natural wildlife being all one can see there, 2 feels like a wholly different beast all together. Here, we feel as though we’re being thrown straight into the belly of an alien cityscape, bustling with life and activity as everything rushes and zooms past, feeling oddly organic at times yet distinctly clinical and empty at others. It is the sense of being in that alien world, where things feel vaguely recognisable, and yet at the same time feel wholly incomprehensible in their own way, that forms the appeal of this album, as well as show us the kind of directions Perri and his team are taking this project of theirs. This isn’t a trilogy of albums all linked in their aesthetic, and their placing of us into this headspace the musicians are finding themselves in.

2 as an album has much to offer in its own right, sounding oddly confusing yet wonderfully engrossing. It all feels like a brilliant smorgasbord of experimental ideas fused together into one cohesive vision. It’s the journey into the darkly enticing belly of this bustling nightlife that makes the album so appealing. There’s this weird pulsating and shifting quality to the music that grows in intensity as it progresses along its dark track. It’s like seeing something grow and develop into something new and bewildering, much like how an experience on some distant planet would be, one that feels like the home we’ve come from, but works on a different set of rules to what we’re normally used too. Familiar, and yet alien.

The collaborative nature of these albums has certainly resulted in some of Perri’s most interesting albums in his career thus far. With each member contributing their own unique flair to the music, we’re presented with a wonderful insight into the collaborative nature of music, as well as how unusual concepts can result in something new and interesting. What stands out most is how 2 is how it represents somewhat of a stylistic shift for the project, one that still keeps in with the aesthetic of the debut release, but more goes on to show how each album is its own concept, each one taking us to these distant and vaguely recognizable uncanny valley worlds. With 2 having shaped up as it has, it certain builds up a wonderful anticipation for the third in this trilogy.