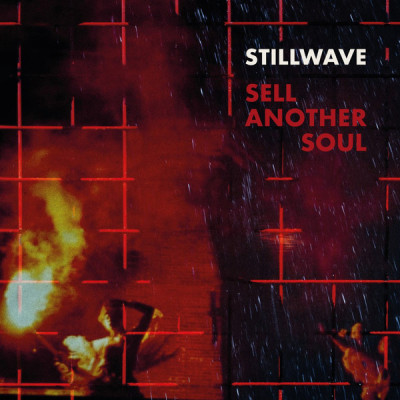 Sell Another Soul by Stillwave

Sometimes, when new and upcoming bands attempt to get their music out there, they list a number of influences in their press releases, recommending themselves for fans of bands you probably already like. More often than not, these bands sound nothing like what they’ve suggested, making you wonder why they bothered listing that in the first place. Sometimes though, you get a band that not only nail down their influences perfectly, but even go as far to create a work of art that feels familiar to those influences, whilst having an incredible edge that greatly sets it apart and allows it to stand on its own merit. This is definitely the case of the debut album Sell Another Soul, by Dutch alternative/shoegaze trio Stillwave.

Listing influences such as The National, Radiohead and David Bowie, thrown into a mixer with some shoegaze elements, the order is one that seems tall, but surprisingly has been pulled off effectively. As the album begins, one can’t help but draw comparisons to The National, what with the very similar sounding baritone vocals, though any qualms or worries one may feel soon disappear as we delve deep into the meat of this album, which offers us an incredible mixture of shoegaze, alternative and post-punk styles. The music is perhaps rougher than their counterparts, though this is perhaps one of the defining characteristics of the album itself, giving it that cathartic and raw feeling.

There’s a wonderful balance to the music Stillwave present, which ranges from more experimental and slower tracks to incredibly intense noisy ones that you can imagine rocking out to. The instrumentals the band opt for, work wonderfully with the many vocal styles ranging from the deep baritone vocals to beautiful soaring vocals. There’s a feverish intensity to some tracks, that build up into mournful bellows of vocals such as ‘She Flies A Tracer’ and ‘Adeleide [sic]’, whilst others sublimely float over into something beautiful such as ”94 civic’, and a few that even seem to combine the two together like ‘Do Less Live Longer’, all of which gives the whole album a wonderful sense of cohesion and variety. It’s intense and dark and utterly spell-binding, even after repeated listens.

Stillwave have drawn on a number of influences, and through it crafted their own style that melds together some of the strongest elements of these various bands, all packaged in a way that makes them well worth checking out. It’s perhaps one of those albums that is at times a little too easy to draw comparisons with other bands currently out there, though this in no way reflects poorly on Stillwave’s own branch of music, who manage to add incredible emotional resonance to their work, resulting in a wonderfully engrossing and dark album experience that surprises in so many different ways.