(((O))) Review: Birds Of Passage – The Death Of Our Invention 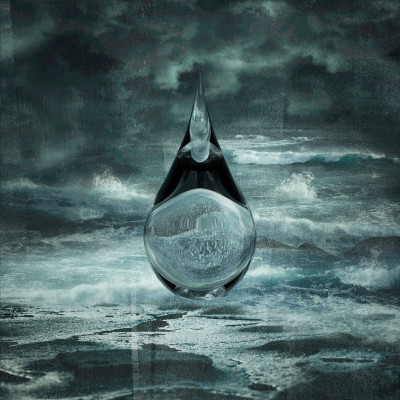 The Death Of Our Invention by Birds of Passage

Four years after her last full-length album This Kindly Slumber, Birds of Passage, the solo project of New Zealand native Alicia Merz returns with The Death of Our Invention offering listeners another enchanting look into her diaphanous yet meticulously detailed world.

Following the whispered ‘If Full of Care Part 1’, Merz proceeds to conjure up clouds of floating synths, warm drones and yearning, ephemeral vocals on the following track ‘Haunt My Existence’. Ever present behind the walls of cosmic shimmer are occasional hints of the natural and organic particularly on ‘Creature of My Night’ which opens with the sound of waves gently ebbing and flowing as Merz’s spectral whisper quietly emerges, as if previously submerged by the waves, before being double tracked alongside her mellifluous falsetto. A similar pattern appears on ‘Shadows of Our Mind’, however, this time it’s a wandering reverbed acoustic guitar line which accompanies Merz’s lyrical introspection, building to a soft crescendo before quietly falling away. On ‘Another Thousand Eyes’ Merz deftly blends together piano delay into a resplendent, otherworldly ambience.

Much of the sentiment of Death of Our Invention is conveyed almost entirely without lyrics, Merz’s words often floating just beyond the boundaries of perception, however, when fleeting words do emerge, they’re conveyed in a way that’s often deeply affecting. The closing repeated lyrics of ‘The Love Song’, “You’re the love song I never sang” perfectly capturing the wistfulness of the sentiments being expressed flecked with hints of regret, while threadbare ballad ‘Without A World’ seamlessly employs metaphor, as it compares shedding clothes on a bright summers day to the tangle of feelings that can stem from being emotionally vulnerable.

On ‘Modern Monster’ there’s also a hint of darkness, as warped drones and brooding electronics, serve as a backdrop to Merz’s ghostly vocal refrains whilst menacing trebly distortion hovers in the background threatening to upend the balance before the searching, hushed vocals of ‘If Full Of Care Part II’ brings the album to an end. The final lyrics “How many tomorrows have you left?” serving perhaps as a Merz’s closing sentiments, or potentially, as a call to self-reflection.

The Death Of Our Invention is an exquisite album, once that’s both poised, ephemeral and evocative. Recalling everything from, lapping waves, frost-tipped leaves and bygone seasons to introspective reflection and existential reverie, it’s a record that reveals itself more on each listen, enchanting and fascinating with its ethereal shimmer and emotional warmth.