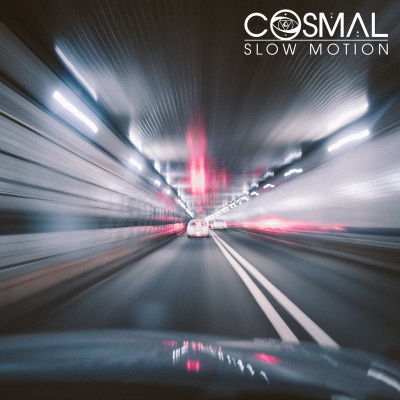 Sometimes you just need to chill, find your zen spot refuge, your zone of tranquil calm from the insanity of daily life. For that, we recommend Cosmal.

Let’s start at the beginning.

First there was weed. And God said “Damn, this is some good shit I’ve created, right here. But I need some music to go with it.” So, he created The Grateful Dead. And it was good. But then he started getting bored with all that guitar noodling so he planted a great Grateful Dead tree in an area about two hours north of New York City, an area called the Hudson Valley, near a town named Woodstock. He watched with hazy slow-motion glee as in the years that followed much mixing, matching, cross-pollination and hybridization with his great tree begat all manner of diggable music. A vibrant ecosystem of jammy bands emerged heavy on musicianship, improvisation, and psychedelia. It didn’t matter what genre they claimed, reggae, electronica, rock, metal, it all had some hazy dazy elements in the appreciation of his glorious creation.

But back to the band at hand: Cosmal’s music is downbeat electronica, somewhere in the vein of Nightmares on Wax, but a bit more ambient and with some notable world music influences. You know that “Chill Grooves” station you have in your Pandora profile? Well if there was a sub-room filled with smoke and even more relaxed babes, that’s where Cosmal lives. They are masters of silky hypnotic elegant dance music. All that said, and while the style may be rooted in mid-90’s Bristol triphop, their sound doesn’t feel dated. It has a modern era clean-cut precision, and rhythmic syncopation born of the Ableton age.

Their latest release, Slow Motion, takes the duo decidedly into chillzone and a bit further from the rave oriented earlier records. It is a mature and focused album, with a consistent predictable pace. You can turn it on and leave it on. While there are a couple of standout tracks (‘Inhale’ and ‘March of the Samurai’ are my favorites), the album is consistently high quality and listenable start to finish.

The duo is composed of experimental painter and singer Ali Lazarus and multi-instrumentalist Ryan Coyle. On stage, the two share singing duties. Ryan creates loops and beats on the fly, playing guitar, keys and midi controllers all at once, while Ali paints on a large canvas, transmuting the mood of the song into something pictorial. All this may sound a bit pretentious, but it works surprisingly well in a live setting, accentuating the relaxed flow of the accompanying music.

I took the album for a test drive the other day – literally playing it while navigating a car through rush-hour traffic in New York City. It’s not often one can say that an album saved one’s life, but in this case, it may actually be true. I didn’t freak out once. I dint get angry, didn’t fantasize about running over pedestrians in my path or beating the shit out of rude cab drivers. I stayed calm, collected, and content in the Slow Motion grooves. And therein lies the appeal of the album. If you need some stress relief and black metal isn’t doing it for you any more, you may want to give these guys a listen. You can find them at www.cosmal.live.