(((O))) Review: Jaye Jayle – No Trail and Other Unholy Paths 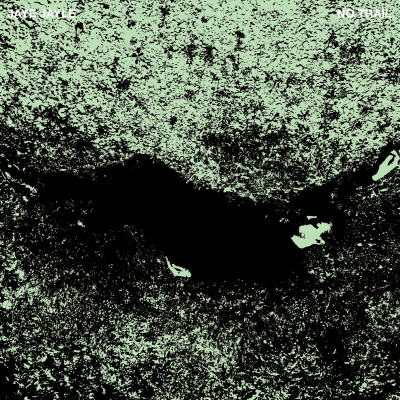 No Trail and Other Unholy Paths by Jaye Jayle

I think I might have just accidentally found the best way to listen to this record. Of course, there’s very little in the way of “wrong” ways of listening to it as it really is as good as I hope to explain below, but I’ve discovered that walking around a dark wood on an oppressively humid sunless day really gets Jaye Jayle’s new opus under the skin and into the more permanently receptive areas of the subconscious.

No Trail and Other Unholy Paths is aptly named. The Young Widows’ Evan Patterson pushes his alter ego project further into the dark spaces previously occupied by the dark country of his House Cricks and Other Excuses to Get Out debut and his weirdly cosmic half of The Time Between Us split EP with Emma Ruth Rundle, and comes out of the other side in a much more frighteningly romantic frame of mind.

Usually found in amongst the drawn-out spaces between his music, here Jaye Jayle sits more front and centre of your attention than usual. A choir of sequencers herald the approach of the album with ‘No Trail: Path One’, before ‘…Path Two’ begins a more initially familiar-feeling funereal traipse through a meticulously arranged soundscape that seems to lead from where Evan has been before to where he want to take us to next. It’s a dark and oppressive path for certain.

It’s not a wholly unfamiliar journey, but it has to be said that the sparse marker stones and ominous signposts are welcome and shaped by Jaye into something definitely suiting his purposes. Nick Cave is an obvious overarching mood, and Sargent House label mates Wovenhand bob to the surface here and there – not least the percussive deep assault assault on the senses and abrupt halt that is ‘Ode to Betsy’. Even Pink Floyd make their strangest hint in a song with Wall-echoing closer ‘Low Again Street’. The majority of what forms my favourite parts of this record however seem to come from a single source, albeit filtered through a myriad other places (not least Jaye Jayle’s own universe). Mark Laegan’s Bubblegum doesn’t so much loom large in places, but appears – somewhat appropriately – as a ghost in the more desperately longing moments. This spectre is mostly apparent in the sultry and urgent (and beautifully personal – congratulations are due to the pair of them) duet with Emma Ruth Rundle ‘Marry Us’, a crossroads where ‘Come to Me’ and ‘Wedding Dress’ have met up to exchange souls with whatever awaits them. Naturally, it’s a high point on an album during which there are many competitors.

The weirdest, darkest and – for want of a better term in a very carefully-layered and strangely complex record of arrangements – busiest track comes with ‘Cemetery Rain’, a song which stands out for not only its collection curious moments which appear from the very beginning (the bassline seems to be pulled from Primus’ ‘Here Come the Bastards’) and switches immediately to a brutal concrete post-punk performance seemingly powered by Joy Division with an added layer of Echo & the Bunnymen, the latter particularly coming across via Patterson’s vocal pitch and phrasing. It may seem initially disorienting but it soon makes perfect sense – another ghost which haunts No Trail… is the welcome background hand of the late Martin Hannett, an influence which is characteristically sparse but which provides all the extra-spectrum colour that this album contains and projects.

This is a very fine record. There is no doubt that it will stand any test that time decides to throw at it because it already sounds older than it could ever be. It will never feel truly familiar because there is so much buried within its structure that I expect to be hearing something new with years of repeated listens in so many different circumstances and moods. And I will probably never shut up telling anyone within earshot to pick this up and lose themselves in its many folds and terrifying trails and hallways. And even though there are many hidden markers and signs left by others, there really isn’t anything like this. Not even the bits you think you know.