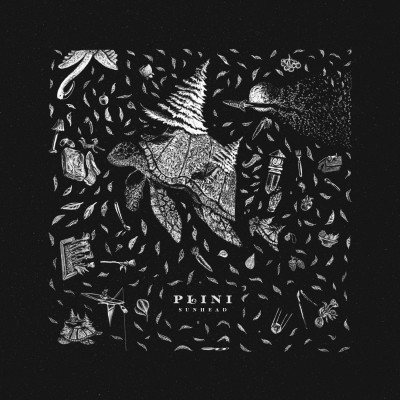 People with their ear to the ground in the land of Progressive Rock and Metal will no doubt know the name of instrumental artist Plini. An Australian guitar maestro with humble beginnings, writing and recording his early material solely in his bedroom, Plini now has an upcoming tour with Prog heavies Between the Buried and Me and TesseracT. His 2016 release and debut full-length album Handmade Cities, marked his second release in a full band capacity, with Drummer Troy Wright and Bassist Simon Grove.

With his new finely crafted gem, the eagerly anticipated Sunhead pushes this full band approach into different territories. Moving away from the Metal end of his vocabulary which was evident on his previous release, Sunhead demonstrates a greater focus on Plini’s Jazz sensibilities, with greater emphasis on varied instrumentation and live band chemistry. Simon Grove returns to handle the low frequencies, with Chris Allison now behind the kit.

Like a wonderfully Proggy coin, Sunhead has two sides. The first being the sound Plini has become known for, masterfully blending Jazzy Prog Rock licks with contemporary Metal grooves, all sprinkled with whimsical percussion and synth layers. The first song ‘Kind’ has all of these elements in spades, with a fiendishly groovy intro, wonderfully written guitar leads and texture filling instrumentation, making it a great introduction for people new to Plini’s work. This may make ‘Kind’ the most formulaic of the all the tracks, however the outro riff more than makes up for it, with it’s fat half time feel and plucky percussion parts. Track two, ‘Salt + Charcoal’ branches more into the uplifting and Summer esque vibe of Plini’s world, painting visions of Australian sunsets and fresh coffee. A delicately palm muted riff soon explodes into beautifully voiced chords, with Grove’s pounding basslines and Allison’s tightly executed drums laying a rock solid foundation. Vocal embellishments provided by Skyharbor’s own Devesh Dayal give the track a full and creamy feel, propelling it into one of the highlights of the release.

The second side to this EP exhibits Plini’s more experimental side, dipping his toes into the world of Jazz Fusion. The third and most adventurous track ‘Flâneur’, wastes no time with getting into the feel of things, opening up with a bouncy bass part, accented by shuffle feel drumming. The piano licks in the intro, played by keymaster Anomalie, give the track it’s Fusion flavour which will no doubt please fans of Snarky Puppy and Funky Knuckles alike. ‘Flâneur’ continues down this path, after a brief departure back to Plini’s standard sound and a slightly abrupt transition back to Fusionsville, we’re soon treated to a raunchy synth line that’ll definitely make you pull your groove face. Saxophone played by The 1975’s John Waugh further cements this funky fusion section and Plini soons joins in with his iconic soaring guitar harmonies. The closing to this track will bring a satisfying head bop, with Anomalie and Waugh playing off each other in a tasteful jam session.

The final and title track ‘Sunhead’ feels like the harder hitting counterpart to the earlier ‘Salt + Charcoal’ and is a blissful amalgamation of the entire EP. The piece blends Plini’s heavy grooves and spicy Jazz sections a smidge smoother than the previous track, and places Grove in the forefront with a tasty bass solo. Guest Guitarist Tim Miller also provides a more angular element to the song with his wonderfully note filled solo. ‘Sunhead’ does end a little suddenly, with a great build up but sadly little payoff. A solid outro section would’ve ended the EP on an even higher note.

On the whole, Plini delivers two clear things with this release. He delivers his iconic blend of Progressive Rock and Metal which he has spent years finely honing and crafting, yet he also shows his more experimental side, showcasing different elements of his playing with the introduction of more guest musicians, which greatly furthers this fresh side of his music. It will be interesting to see whether touring and playing this material will help iron out the few creases this new direction has presented and if so, will he delve deeper into the realms of Fusion or even expand his horizons further. Whatever his choice, this is a fantastic release and one that will not disappoint those with an equal love for odd rhythms and having a big grin on your face.