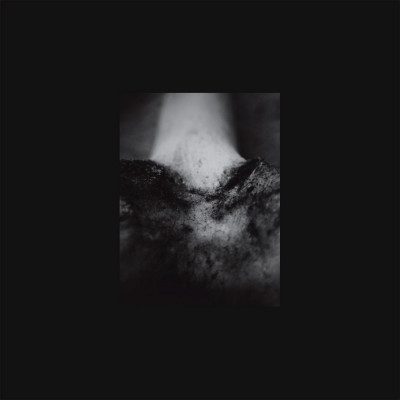 A Wound of Body by Common Eider, King Eider

It’s quite rare for an album to give me that instinctual reaction of terror and unease, yet with its seamless blend of ritualistic dark ambient and neofolk, this album does it consistently. A Wound of Body, the first in a duology of records, encapsulates the atmosphere of clandestine rituals used to invoke evil and primal forces, something that’d make even H.P Lovecraft have second thoughts.

From the site of their auditory altar in San Francisco, Common Eider, King Eider (CEKE) have been conducting and releasing their ceremonies fairly regularly since the mid 2000s and have occasionally performed these incantations live. It’s a niche genre to say the least and the world of dark ambient is not a densely populated one, yet its inhabitants know how to create an unsettling air, and CEKE are truly one of the greats.

Like most music of this nature, A Wound of Body focuses on a minimalistic approach, creating a haunting ebb and flow of stygian textures with surprisingly few sound sources. This allows the tracks to progress and evolve naturally, without ever bombarding the listener with countless layers that muddy the experience. Even at the densest climaxes, A Wound of Body has an amazing amount of clarity. CEKE ensure that every aspect of their lurking soundscapes are clear and present, making you feel impossibly close to the music.

This release isn’t all bleak, oppressive atmospheres however. Wonderfully intertwined in the chaos of black metal influenced vocals, guttural chants and subsonic drones, CEKE surprise you with soaring string and guitar sections. The third piece, ‘We Sing Over These Bones So That They May Rise Up and Run Away’, is almost entirely performed on beautifully bowed Violas. The strong neofolk influence conjures a vivid mental image of witchcraft being performed in a dense, bracken filled wood. Not only is it a refreshing change of pace, being roughly halfway through the album, but it wonderfully demonstrates the versatility of the group, showing they can create soothing soundscapes as well as terrifying ones. The only downside this presents is that it left me longing for these string parts to be contributing more to the darker side of this album, rather than being a moment’s reprieve during the tenser sections.

CEKE do an incredible job of crafting rich and complex drone-esque layers throughout A Wound of Body, yet I feel a focus on different sorts of auditory colours would’ve really cemented the record in being a truly experimental entry in the genre. Use of staccato stabs from the strings, or a greater focus on percussive elements, would’ve made A Wound of Body really stand out from other works in the field. Aside from that, my list of complaints is borderline non existent, as this release has scratched an itch I didn’t know I had.

Common Eider, King Eider have created something truly unique with this record, and the co-release on the delightfully dark Cyclic Law label will hopefully spread their incantations further than before. It will either hypnotise or horrify you, but it will definitely stay with you as being one of the more adventurous, harrowing and distinctive releases of 2018.