(((O))) Review: flirting. – This Would Be Funny If It Were Happening To Anyone But Me 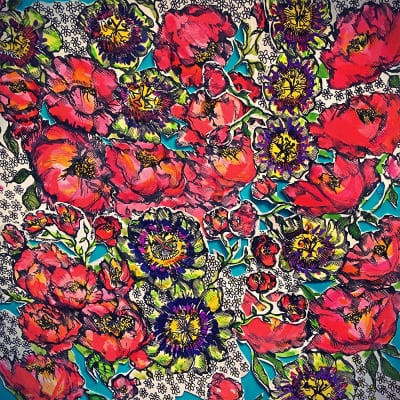 This Would Be Funny If It Were Happening To Anyone But Me by flirting.

When flirting, the first impression is one of the most important aspects to get right. This is a good tip for romance, but its an even more important adage to follow when crafting your first EP. It’s a lifetime of memories, influences and dreams condensed into a 25 minute package. For London’s self-proclaimed ‘anxiety pop’ group Flirting. and their debut This Would Be Funny If It Was Happening To Anyone But Me this introduction is an erratic, melancholic, and infinitely fascinating glance from the night time veranda of a bar. It’s a stare that will leave you uncomfortable and disconcerted – but you’d dare not look away because its so infatuating in its iridescence.

Sonically there is a mixing pot of ideas, crafting simplistically catchy post-punk pop songs using experimental and hazy tools. It’s musicianship that is informed by the left field but with the tenacity to cut lose with fun direct rock when required. At times their music resembles a still night’s sky interspersed by exploding fireworks of brilliant coloured night of fuzz rock and noise. As such, songs deceptively succeed more on a progressive scale then through the initial pop rush, with most songs beginning as atmospheric post-punk dirges before exploding into hypochondriac spoken word vocals that run scared from waves of distorted feedback. Its these swaying transitions from melodic dream pop to post-punk introspection and into self-destruction that is really at the heart of Flirting., with a lively palette of colour they etch and sketch playful melodies on a dark canvas. Its this uncomfortableness, mixed with bright sparks of excitement, that begins to explain their namesake.

Vocally the album is a love letter to early post-punk and hate mail to the self. Poppy Waring, vocalist, keeps lyrics obscured enough to be worth deeper readings but rooted enough to be relatable and connecting. Emotional catharsis is at the source of the lyrics, but there is enough self-awareness to keep things tongue in cheek for light colour – but uncomfortably truthful when needed. An early highlight is repeated admission “I bite my tongue,” physically fighting aback a wall of noise at the chaotic crescendo of ‘Yum’. Warring hangs around in the same school as Robert Smith, Ian Curtis, and Siouxsie Sioux – but with a tendency for vocal breakdowns. Widening the range, album closer ‘In The Dark’ takes a more discordant approach than the rest of the album; with a Joanna Newsom-esque inflection creating a vocal disharmony which is more than a little disconcerting. Special mention too must go to ‘Interlude’ which includes a guest spoken word poem by Hattie Long, which sounds like a long lost airing of Chris Morris’ Blue Jam.

Perhaps the most exciting detail about Flirting. is how much ground they cover in such little time, with so many tangles and tangents that make it unclear where they will head next. Jettisoning the sound they established on their first single ‘Wouldn’t You’, which gained not insubstantial attention, was a brave move for a band so early in their infancy – and a statement that they will be defined by their terms. This Would Be Funny If It Were Happening To Anyone But Me is a strong opening gambit of that swaggers with a hypochondriac charm into a disco with a power cut. With a seemingly never ending vein of brand new exciting bands coming from London, Flirting. have certainly made the right first impression – and I can’t wait to meet them for a second date…even if it does fill me with anxiety and dread.