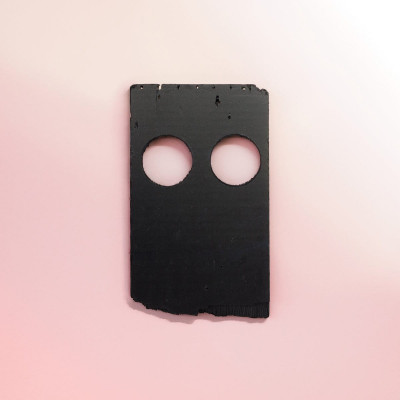 I’d imagine that most people could personally name any number of bands where they’d thoroughly relish any opportunity to discuss and talk about in great detail. At the very least, I can definitely speak for myself, and thus I rushed at the chance to write a few words down on Double Negative, the latest offering from Low. And yet, faced with the task, I find myself more and more at loss on what to say about it.

At the heart of it all, Double Negative is most definitely a Low album, full of emotion and pathos that tugs so hard at the heart that it feels almost spiritual at times. However, we’re also being presented with something completely new and unexpected from the band, resulting in an experience that shakes one to the core with such a magnitude never before seen by the band. Trying to put it all into words? Well, we’ll just have to try our best.

The trademarks from Low are certainly present on Double Negative. That distinct vocal palette only Alan Sparhawk and Mimi Parker can offer, where perfect harmonies intertwine beautifully into each other. However, there’s much more at play here, with many vocal effects adding a a distinctly darker and more menacing layer to the music. Everything is shrouded in incredibly dense and abrasive electronic layers that push forward this idea of elements clashing, this Double Negative.

Take for instance the conventions of Low’s music that we’ve come to know of them, their distinct harmonies, their sparse instrumentation, their achingly melancholy lyrics, however this time it’s all completely warped and transformed with electronic layers that sound almost like static threatening to break across the threshold and burst. It’s perhaps akin to watching a monument burn down to the ground in the pitch black of night in a majesty of flames stretching upwards, the power of something being destroyed in a somehow beautiful way.

Whilst Mimi’s vocals seem to float up and outwards from the music, soaring gracefully over the dense layers of electronica, Alan’s vocals seem to instead reinforce the despair present in the songs, pushing forward this idea of duality, of opposing elements clashing together in harmony. It’s that sense of things working with each other whilst opposing each other that seems to run through most of the album, creating this truly beautiful and immersive album experience.

Whilst those more familiar with the slower and quieter side of Low might find Double Negative a lot to digest and take in, it is still a truly phenomenal effort from the band that showcases a wonderful passion to create, to experiment, to try something new and harmonise it with what they already know. With each and every listen, more seems to come to the surface from the dark murky layers of the music itself, and whilst it remains every bit as abrasive and harsh from the first listen, it’s still an easy album to get completely lost within, much like many of Low’s albums.

As with much of their discography, Double Negative is another beautiful album in many ways, shrouded in mystery that only Low understand.