(((O))) Interview: Unveiling ‘The Secret’ – An Interview with Alan Parsons 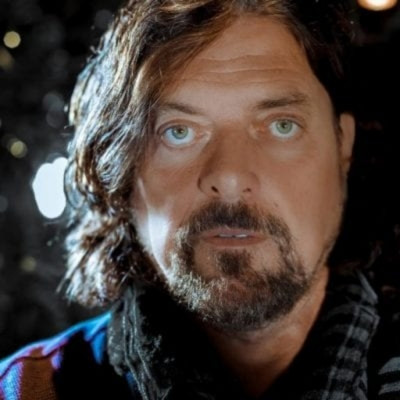 Fighting to get good sound was the fun part of recording, and I still believe that. I haven’t really changed my basic philosophy about the way I record. It’s important to have interactions between musicians. I’m not one for doing one track at a time, like so many others. I really enjoy the experience of having a band playing together and interacting.

A quick glance at famed musician and sound engineer Alan Parsons track record should be enough to understand his legendary status. To put things simply, there are no two people who can claim to have had a career quite like his. From his Historic debut efforts at Abbey Road alongside the Fab Four all the way up to his latest creative venture in his own recording studio in Santa-Barbara, Alan Parsons has made his mark in music history, as a technician behind some of rock music’s most iconic albums as well as with his boundary-pushing work with the Alan Parsons Project. At seventy years of age, the man is still going strong, celebrating a freshly commemorated sixth decade in music with a long-awaited comeback solo album. Fifteen years after A Valid Path, Alan Parson’s The Secret is an epic return to form that reconnects with the sounds that made classic APP records such treasured pieces. Robin Ono caught up with Mr Parsons a week before the record’s release, curious to know more about the music behind the enigmatic album title.

(((o))): First off, what can you tell us about The Secret, conceptually?

AP: It’s based on my passion since childhood, which is the craft of magic. All magic has a secret, hence the title. I’ve been performing magic, going to magic shows and collecting props for magic tricks for years and years. I’ve got a huge collection of magic props and books. It suddenly came to me two years ago that I could base an album around the art of magic.

(((o))): Can you remember what first sparked your interest in magic?

AP: I was six years old. I got a box of magic for Christmas [Laughs].

(((o))): I will be going out on a limb on the next couple of questions here, but I can’t help but draw some parallels between the albums cover art and that of Agents of Fortune by Blue Öyster Cult, which features a similarly dressed magician holding a fold of cards in a similar manner. Was this intentional?

AP: I’m not aware of that album! I’m going to go online right now and take a look! [Keyboard typing sounds] Oh yes I see it now! I wasn’t aware of the album. It looks like the character is holding a hand of Tarot cards, maybe, or money. It doesn’t quite look like cards to me.

(((o))): I also couldn’t help but notice that the character on your album cover seems to have your haircut. . .

(((o))): The presentation of the album cover along with the lyrics to the song on which you sing lead vocals, ‘As Lights Fall’, seem to suggest that this might be the end. Is this your final album?

AP: I think the song might be as sung by a magician at his last show, that’s true. But I’m not ready to hang up my hat yet. I’ve still got some energy left to do some records and continue to play live for the moment, despite having just turned seventy. I’m not getting any younger [laughs].

(((o))): You’ve become known for your concept records and you’ve repeatedly stated your dissatisfaction towards today’s music being a lot more Singles-driven, in part due to people’s shortening attention span. It’s been 15 years since your previous record and this certainly hasn’t gotten any better. Was this a consideration when putting writing this record?

AP: I’ve always considered an album to be an album, but if people insist upon drawing one or two songs from it, I’m able to recognize it as a fact of life for these days. People have playlists. They don’t necessarily buy an album, what with today’s subscription services that are ever-present. It’s almost impossible to get people to sit down and listen to an entire forty-five to fifty minutes of music. There are so many distractions. The amount of time people spend looking at their smartphone screens is beyond belief, really. I’m a victim of it too! E-Mail runs the world these days. You just can’t escape it. The sad thing is that people listen to music on their smartphones while they’re doing their email! It’s ridiculous. The encouraging thing is that vinyl seems to be undergoing a renaissance, which means that some people care about the sound quality they hear. Presumably, if you’re playing vinyl you’ve got some kind of sound system with real loudspeakers that actually shows the effort that went into the recording.

(((o))): During this time since A Valid Path, you’ve also ended up building your own home studio. How did this affect the writing or recording process?

AP: It’s not really a home studio. It’s a full-blown, commercially rentable studio. It happens to be on my property but it’s the real deal. It’s got a 32-channel Neve analogue console, and I’ve amassed a reasonable collection of good microphones and outboard gear over the years. I can’t justify the studio and what it costs on just my own work. I’ve also got to rent it out to commercial clients. Pretty much the whole album was done in the new studio, though. The record was completed almost a year ago. The vast majority was recorded there but some of the vocals, particularly the star appearances by the likes of Jason Mraz, Lou Gramm and Steve Hackett were done at a distance, either by file exchange or listening in via the Internet. It’s a very realistic way of recording, these days. It saves fortunes in airfares and hotel rooms.

(((o))): The Alan Parsons Project was originally a studio-based project, you only started performing live in 1995. Has this affected your approach to writing your subsequent records, including this one? Or do you prefer to keep the album and live considerations completely separate?

AP: I would have to say that this record has been hugely influenced by the live show because the collaborations are with the live band. With one exception, the songs have been co-written with members of the live band. It’s a big happy family, we all get on really well and enjoy each others’ company.

(((o))): Do you have any ideas, scenery-wise, regarding your upcoming live shows promoting this album?

AP: I’m very hopeful that at some point we will be able to incorporate some kind of magic illusions into the show. We might have a magician as an opening act to do a couple of tricks for a show. I’d really like to create some impressive illusions where I disappear, or the band disappears. It would be great. I’m actually in touch with the president of The Magic Castle, which is arguably the biggest magic club in the world. We’ve agreed to talk about it. Of course, there are budget considerations, though. I’m not David Copperfield. I can’t afford three trucks full of props [Laughs]. We’ll see what can be achieved, but I’m hopeful! We’ll be going on tour right after the album is released so I don’t think we’ll have time to set anything up for those shows, but maybe on the following run of dates!

(((o))): Your career as a producer and engineer now spans six decades. Needless to say, music recording has seen quite a few changes since 1969, though what is most incredible is, unlike some, you’ve kept up with the technological advancements. Are there any new conveniences you’re aware of that you purposefully steer away from?

AP: So much technology is released literally every day: new compressors, new distortion effects, supposedly “time-saving” plug-ins… I take them all with a little bit of a pinch of salt. The joy of recording is creating sounds by simple means. Ever since I started engineering at Abbey Road, that was half of the fun; to try and create something new by simply moving a microphone into a different position, reflecting off of something or using some sort of tape delay effect. That’s all we had at our disposal, back then. It’s almost too easy now. You just need to turn on a plug-in to test things out. It seems too easy these days. Fighting to get good sound was the fun part of recording, and I still believe that. I haven’t really changed my basic philosophy about the way I record. It’s important to have interactions between musicians. I’m not one for doing one track at a time, like so many others. I really enjoy the experience of having a band playing together and interacting.

(((o))): Are there widespread claims in the analogue vs digital argument that you generally disagree with?

AP: I’m still a supporter of analogue consoles. It’s just that analogue tape machines have been phased out of my life and most people’s lives. It’s just an incredible inconvenience having to rewind the tape to the top of the song every time you want to play it. The machines are unreliable and need a good deal of maintenance.

(((o))): One of the things I’m most amazed by is your patience and openness regarding questions about your earlier work with the Beatles and Pink Floyd, especially considering how many of the questions end up being the exact same.

AP: [Laughs] After over forty years of talking about them, there really isn’t anything I haven’t said [Laughs]. I’m reminded of it every day of my life, and it’s part of the reason I’m here. I’m okay with it. They were good times and I’m very fortunate to have been at the right place, at the right time. I have no regrets at all.

AP: I really get frustrated when people ask “What was it like to work with Pink Floyd?”. That’s such an unimaginative question [Laughs], whereas a more interesting question would be, “When you were recording the clocks, what was going through your mind?”. Something like that would be more interesting than the general “Tell us about the Beatles” or “Tell us about Pink Floyd”. It’s really difficult to form a meaningful answer to a question like that.

(((o))): Finishing off: can you name one of your favourite albums, movies and books?

AP: My favourite album is Who’s Next by the Who. My comedy movie is Airplane, whereas my favourite drama movie would be an obscure film, The Shout, featuring John Hurt, Alan Bates and Susannah York. It wasn’t a very successful movie but I thought it was absolutely brilliant. Book? Perhaps, unsurprisingly Tales of Mystery and Imagination by Edgar Allan Poe [Laughs]. 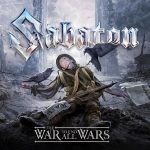