(((O))) Review: Rites of Fall – Towards the Blackest Skies 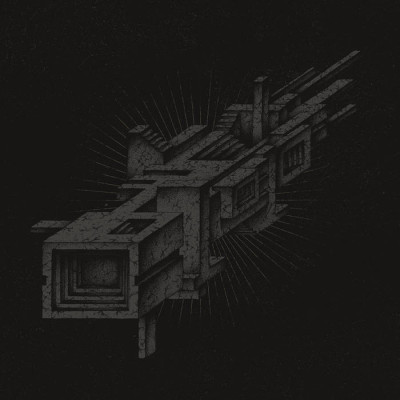 Towards the Blackest Skies by Rites of Fall

I reviewed Rites of Fall’s debut EP Truthsayer on this site about 18 months ago and said at the time that it was a promising first outing for Polish musician Bartek Kuszewski. The sounds of that EP were quite disparate and I was looking forward to Rites evolving its brand of darkwave ambient electronica. New album Towards the Blackest Skies doesn’t disappoint on that count, with opener ‘Afterflesh’ and single ‘Void Instinct’ showing in just a few short minutes how Bartek has taken the ideas and vibe from the EP and turned them into fully fledged songs. There’s more structure, depth and a darker undercurrent – and the whole thing just feels more complete.

‘Void Instinct’ starts the album proper with a mournful cello and a massive slab of brooding ambience. There’s a laconic, pulsing beat like a malevolent heartbeat, and the swirling atmospheric sounds take the listener on a journey into the darkness. The melody of a far-off saxophone underpins the song until the beat kicks in again, reasserting its menace. ‘Continuum’ is more pared-back, with an edgy vibe and glitchy beats. It has the same melancholic undertone though, one which carries throughout the whole album.

There’s a good amount of variety between the individual tracks in terms of how they sound. Sometimes the atmosphere of a track is very open, giving the impression of space, as on the beatless ‘The Torch’, and sometimes it’s much denser and claustrophobic as on ‘Expand and Collapse’. But the album holds together as a solid body of work – an encouraging development since the more piecemeal approach of the debut EP – and holds the listener’s interest to the end. Thematically, too, I got an impression of a link between the tracks, with titles that bring forth ideas of the void of space and eternity, and of decay and rebirth, both of the stars or perhaps our species. Closing track ‘The World Will Die, But We Will Live Forever’ underpins this theme, and caps the album off with a subtle, slow, heavy and almost drone-like piece that is probably my favourite. At 4.55 this last track is over far too soon, however!

Towards the Blackest Skies is a skilful piece of dark ambient electronica made by a musician who has clearly grown in stature since the first release. It’s encouraging to see the evolution of a musician and to hear how he has developed the sound of Rites of Fall. Towards the Blackest Skies is your soundtrack for a journey into the void, perhaps, or for pondering the wonders of the universe.