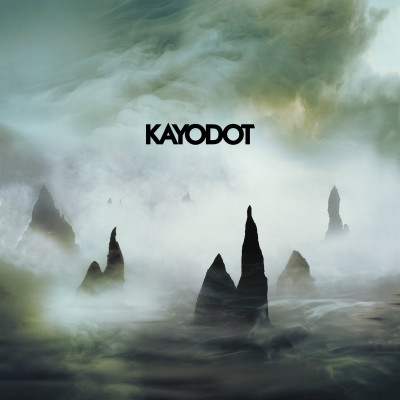 Kayo Dot are not usually a band known for restraint. Never easy to classify, the band frequently incorporate elements of rock, metal, classical, jazz and even on later albums more electronic sounds. The ever-all-encompassing term “avant-garde” remains the best descriptor the band have, they feel like a band who can truly do anything, play whatever style they want and suffer few complaints. So, the fact that Blasphemy is such a straightforward album comes as a bit of a surprise.

Perhaps that descriptor is a bit unfair. By normal standards, Blasphemy is not a straightforward album at all. With the band these days existing largely as a vessel for former maudlin of the Well frontman Toby Driver’s musical whims, and the man himself drawing from a huge range of influences, there is always going to be a huge variety to the noises available. But it feels stripped back compared to previous albums – the drums, guitars, keyboard setup being a far cry from the instrumental smorgasbord of previous albums – 2016’s Hubardo, for example, featured saxophones, clarinet, violins, flutes and an organ among others. Even the electronic influences so prevalent on Plastic House on Base of Sky have been stripped back to become largely non-existent through most of the album. Perhaps the desire for experimentation has been sated by other musical outlets, with Driver releasing with two other projects (a solo album and the IDM group Piggy Black Cross) last year.

What does remain is Driver’s penchant for storytelling. Driver is a natural raconteur, his rambling, allegorical lyrics telling the tale of three seafaring travellers on a quest to find a girl (the “Blasphemy” of the title), and how their greed will eventually doom them. It’s a fantastical steampunk tale, written by longtime collaborator Jason Byron, and provides the album with a mysterious, nautical feel.

Indeed Kayo Dot are certainly committed to the theme. Opener ‘Ocean Cumulonimbus’ has a stop-start feel reminiscent of a long ocean journey. Its discordant atmospherics giving a glimpse of what is to come, with Driver’s vocals veering between dreamy and laid back to angst-ridden and aggressive, with crashing drums punctuating his every pronouncement. Throughout Driver’s vocal experimentations is a highlight, with ‘Lost Soul’s on Lonesome’s Way’ in particular showing off his range; veering from lower intonations, almost choral chants, spoken sections to wistful proclamations. The 80s-style synths so prominent on Coffins on Io are also present here, particularly on the glittering and gemlike ‘The Something Opal’ and the stirring, upbeat start to ‘Midnight Mystic Rise and Fall’, which turns dark fairly quickly. Again, they are used relatively sparingly though, contributing to the album’s comparatively streamlined feel.

Unfortunately this streamlined approach does not extend to writing direct songs, and it might be the album’s meandering uniqueness that ultimately proves its downfall. The album is all build up, and the payoffs when they come are usually underwhelming. ‘An Eye for a Lie’ has a strikingly autotuned-like vocal style, one that could be incredibly divisive but ends up doing nothing with it. ‘Blasphemy: A Prophecy’ could easily be an album highlight with its earworm of an opening melody, but is far too short and ends too abruptly. ‘Vanishing Act in Blinding Gray’, meanwhile, has the opposite problem – the longest song on the album, it creeps and crawls to what should be a triumphant payoff, but that itself overstays its welcome, and it becomes something of a relief when it ends. It leaves ‘Turbine Hook and Haul’, with its consistent post-rock feel as probably the highlight of the album.

They say it is all about the journey and not the destination, and Toby Driver at least seems to adhere to that adage. However, it’s the destination that lets Blasphemy down in the end. It’s hard not to like the album – it’s a unique and affecting experience, the mysterious nautical trappings are certainly striking. Ultimately however, there’s little here to catch the attention long term and, like the ocean itself, the beauty and mystery eventually loses its lustre and it all becomes too similar.