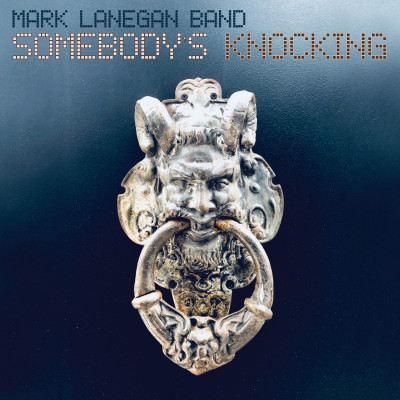 Mark Lanegan’s trademark gruff-voice-for-hire approach to collaboration has made him a much-loved household name in these parts, and his willingness to embrace a range of musical styles has forced an open-minded approach to his work by his fans – at least this one. I wouldn’t have necessarily listened to music of certain genres that didn’t have his name appended to it. Americana is one, as with Mark’s collaboration with Isobel Campbell, and I really enjoyed their yin and yang on Hawk and Sunday at Devil Dirt. On his solo outings since 1990 he segued from lone singer with acoustic accompaniment to the dark alt-rock ballsiness of the masterpieces Bubblegum and Blues Funeral.

Recent albums have included an element of electronic input too, which has grown from the hesitant and experimental Phantom Radio (experimental in that he was trying the new sounds on for size; it was an experiment that worked) to the more confident-sounding Gargoyle. Collaborations along the way with the likes of Unkle, Moby and Martina Topley-Bird have secured his reputation as being willing to try new things, to think outside the traditional ‘rock’ box. His willingness to have others use his music, too, has led to some very interesting releases: the remix album for Phantom Radio, A Thousand Miles of Midnight, is as good as the work that spawned it.

‘Disbelief Suspension’ kicks Somebody’s Knocking off with a swaggering rock-and-roll riff, a clear statement of intent. It’s upbeat, although it’s different to a lot of the other songs on the LP as it just features guitars and drums. “Going downtown in the wrong direction” is the opening line. Let’s hope not.

After the first track a love of early 80s synth pop is shouted out loud. On paper, if the ballsiness of Blues Funeral, for instance, were reimagined through that lens it could be astounding. But moving on, the execution feels a bit weak, and on some tracks Mark’s voice – that quality for which he is so well known – doesn’t sound as strong as it has in the past. For instance, on ‘Letter Never Sent’, with its lament-filled, bittersweet melody, his voice never punches through in the way it should, or would have done previously.

Compare some of these songs with the likes of ‘Emperor’ or ‘Nocturne’ off the last album, or ‘Harbor View Hospital’, and there’s little comparison, both in the clarity of Mark’s voice and the strength of the songwriting. ‘Night Flight to Kabul’ has that dark sound that has become Lanegan’s signature, but this too feels like a missed opportunity. Likewise, ‘Dark Disco Jag’ is a thin affair, with its Depeche Mode beat and synth sounds. ‘Gazing From The Shore’ showcases a moody synth riff at the start but falls back on a bland chorus. ‘Stitch it Up’ has some electro-verve and swagger but to me Mark’s voice doesn’t sound strong, and likewise on the Cure-esque ‘Name and Number’. ‘War Horse’, in which he sings “I’m a war horse, baby”, is less a defiant stand than a plea for a rest.

In some ways an off-kilter album from an artist so prolific is no great loss, as you can’t love them all (I had trouble with 2013’s Imitations album of covers). After all, another LP will be along soon. On the flip side of that viewpoint, the weakness of this album is not its approach, nor so much the melodies and the tunes, but the main feature that we look for in a Mark Lanegan song: his voice. As a fan it pains me to write those words, and I sincerely hope that this is a blip in the career of someone I have long admired, and whose music I love.