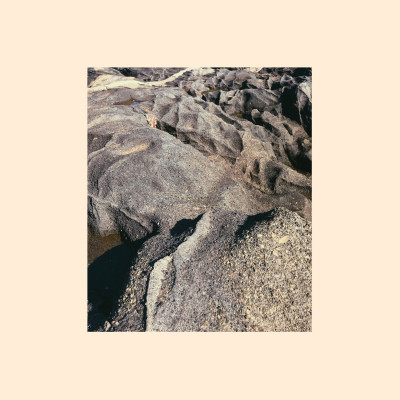 Without radically departing from the ‘Homes’ blueprint, this time around her palette is expanded, with the opening three tracks seeing the prominent addition of cello (provided by Linnea Olsson), intertwining with piano to provide a powerfully emotive sweep and drone.  Recorded by Shida and Elias Krantz, the record was mixed by Hampus Norén and mastered at Calyx by Francesco Donadello (Jóhann Jóhannsson, Modeselektor & Thom Yorke, A Winged Victory for the Sullen, Dustin O’Halloran, Lubomyr Melnyk, Hauschka, etc).

Exclusive stream available below, along with a track by track commentary from Shahabi that sheds light on her creative process.

Some memories of recording this EP are pretty blurry due to the time limits and the life puzzle that was going on at the time. My perspective and my way of interacting with time has really changed in the last two years (since my son was born) and my creative space has mostly been limited to very short time intervals. During some of these sessions a lot of my ideas have tended to come up pretty fast, and most of them were also very clear from the beginning. ‘Futō’ is one of these. Strangely this process hasn’t contained any real struggle (except the time aspect of it all, which is a general struggle). I remember when recording the cello with Linnea Olsson that everything went smoothly – we basically did one take on everything and all of it ended up being used.

Making this piece was also a very pain-free and fun process. I knew that I wanted to use my breath as some kind of organic pulse running throughout the music and I also wanted to give space for the cello to create a sense of drive in the music. Recording with Linnea was a joyful experience, we have been friends for quite a while but we also have a working history together so the process was very relaxed and allowing. I had my arrangements written down but I also wanted an opening for a session where some dialogue and intuitive impulse could appear. And luckily I think I managed to keep that balance in a way that I’m now pretty satisfied with.

All the piano here is improvised, except for the first minute and 15 seconds. So you could say that I established some kind of theme in the beginning that later on is improvised. Linnea’s playing is also mostly improvised with some directions. I used the concept of having the breath as some kind of pulse here as well and did some electronic additions in the end. Hampus Norén, who mixed my previous record also did some beautiful work in adding the colour and depth that was needed for the sound. Ah, the euphoria you feel when the dynamic you have with the people you work with is great! It’s hard to describe the feeling when things flow easily in a process. (hope I’m not jinxing it now by writing this!)

I wasn’t really thinking about doing a solo piano piece for this record, but this one just happened to end up that way, and the writing of it felt familiar in the way that you start finding a theme that you play on and on, and you continue on developing (that is – if it feels interesting enough for you). But all the parts of this piece were made separately in a different order when I started writing. I think the middle part and the end part were written before the beginning and I know that it took a while to find its eventual form. So maybe this was the only part of the record where I may have appeared to have some sort of writer’s ”struggle”, but no… it’s an exaggeration to call it a struggle…

‘Keiki’ is romantic and light. This was the last thing that I wrote in a Stockholm studio which I moved out of a while ago. ‘Keiki’ was written on a beautiful, old white German upright piano. The hammers and strings were not in a good shape, but it was torn in a nice way and the piano had a very warm and deep sound. I think that instrument affected the tone of this track and how I started imagining the final sound. I remember wanting to add some kind of warm dark sound that could give the lightness another side/ nuance. So I started recording different drones and worked with layers in order to find that feeling that I wanted.