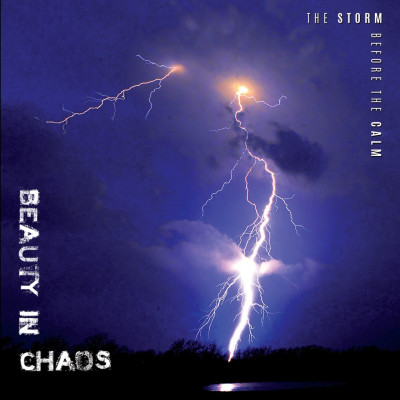 The Storm Before the Calm by Beauty in Chaos

Sunny summer heat may be upon us, but for fans of goth and dark/cold wave, the weather was never more autumnal: The Storm Before the Calm, the latest album from Beauty in Chaos, is their strongest and most consistent to date, and it’s cool all over.

Don’t call it a supergroup, says Michael Ciravolo, Beauty in Chaos’ “curator” and lead conceptualist. The “supergroup” label “seems a bit pompous and, at least to me, conjures up thoughts of bored musicians unhappy with their successful bands still trying to capitalize commercially.” Though Ciravolo has had tenure in both Gene Loves Jezebel and Human Drama, and the guest artists hail from groups like The Mission (UK) and Sisters of Mercy, this band is no one-time gathering of hair band front men. Instead, it’s a collaborative project, “a revolving and evolving entity,” between a variety of highly competent artists. Critical to the effort is musician/producer Michael Rozon. The album is crafted without sounding over-polished, as thoughtfully assembled as any major-label release without too much gloss.

For The Storm Before the Calm, Ciravolo composed the music and then passed the work to the featured vocal artists on each track to create lyrics and melodies around. “We sent the singers a bit more open music tracks than we did for [debut album] Finding Beauty in Chaos. I think this actually gave them a bit more melodic freedom. It also gave me room to embellish more musically after hearing what they did.” He plans ongoing experiments with the collaborative process — possibly involving the vocalists more in the creation of the musical tracks, while getting involved himself with lyrics and melodies. 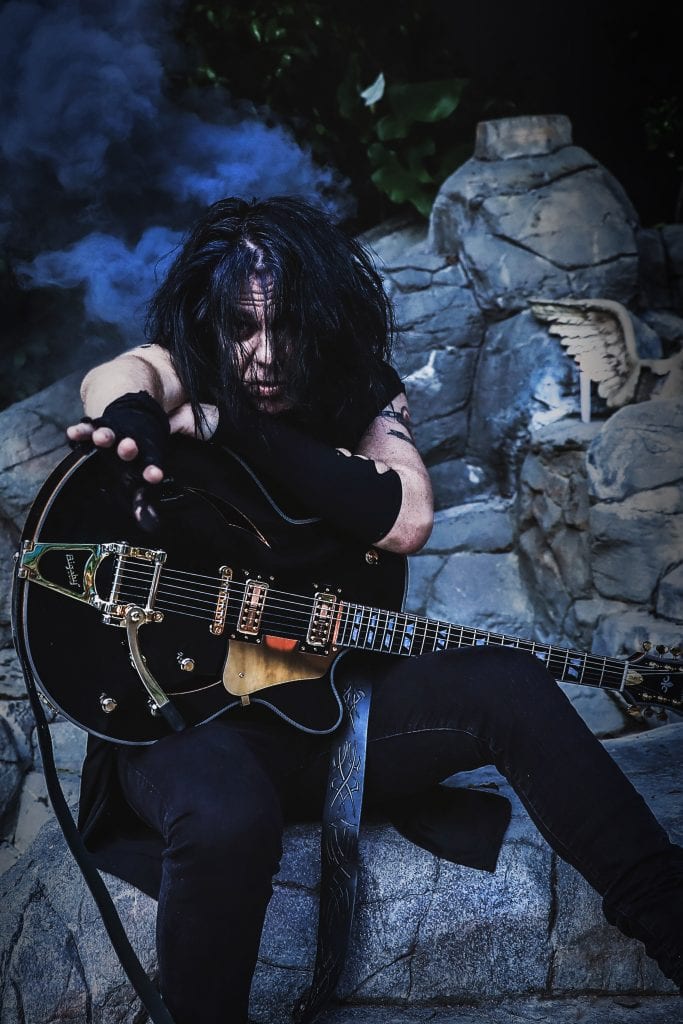 There’s chaos and then there’s chaos. Beauty in Chaos’ first two albums, while well received, didn’t cohere in the way that The Storm Before the Calm does. Throughout Storm…, the overall mood and Ciravolo’s skillful, wide-ranging guitar, Rozon’s tight basslines, and drummer Dirk Doucette’s punchy percussion provide a consistent underpinning, such that the variation in singer and melody from song to song doesn’t detract from the sense that the album was made by a single band. Ciravolo explains, “I really set out to write a darker, more linear record this time, since I had been listening to some of my favorite ‘80s vinyl: Pornography [The Cure], First and Last and Always [Sisters of Mercy], and Disintegration [The Cure] to name a few. To me, these records are meant to be heard straight through, in the original running order. They invoke such a vibe and a feel. I wanted to go for that.” He found the goal easier with a shorter album — Storm… has just six tracks — but notes, “I did start to stray a bit with the final track, ‘Stranger’.”

You can hear the Cure’s influence in the bassline and some of the guitar in tracks like ‘Almost Pure’ — to the point where “how the end always is” tries to whisper in your head throughout, though featured vocalist Steven Seibold’s(Hate Dept.) voice sounds nothing like Robert Smith’s. The break on ‘A Kind Cruelty’ evokes Peter Murphy’s half-spoken phrases, but the accompaniment and Curse Mackey’s(Pigface, My Life With the Thrill Kill Kult) vocals go in a different direction. These tracks are heavily influenced; at times, they verge on derivative. True, many of the artists come to this project from the very bands that echo throughout Storm... But the influences on any particular track don’t always match the performing artist.

‘Almost Pure’ sounds like The Cure and The Mission — not like Hate Dept. Wayne Hussey’s vocal turn on ‘The Delicate Balance Of All Things’ sounds more like Bauhaus than The Mission or Sisters of Mercy — but you can hear both the Sisters’ and The Mission’s influence on album opener ‘The Outside’, which features Ashton Nyte(The Awakening). Rafe Pearlman’s vocals on ‘Temple Of Desire’ sound more like Radiohead than Pearlman’s solo work. And although the ancestry of these songs is evident, the result is competent, listenable, and, at its best(e.g. ‘The Outside,’ ‘Stranger’), verging on transcendent.

Ciravolo’s intent may have been to stray from the musical through line on ‘Stranger,’ but in context, the album’s gorgeous closer, featuring Holy Wars’ front woman Kat Leon, sounds like an exhale at the end of catharsis. There’s a Cocteau Twins vibe here, from the bowed guitar to the vocal harmonies, as well as a resemblance to turn-of-this-century Brisbane band george, all accompanied by a dreamy, languid video. Leon’s compelling voice drifts from bell-clear to a honey-whiskey growl. The lyrics, though, tell a darker story. “Everything dies; it’s a cruel life,” Leon sings. “Is this what you wanted — half-alive and haunted?” At what cost, she makes clear: “I’m a stranger to myself.” Leon’s personal story — she cites her parents’ death as a catalyst for her current music projects — can’t help but color our read of the track.

Ciravolo tells Echoes & Dust that this final song foreshadows his next planned studio album. “Hopefully, this does not sound contrived,” he explains, “but I do try to have a plan as to where I hope [Beauty in Chaos] will evolve.” The plan includes more female vocalists, such as Cyn M.(Silence in the Snow), Evi Vine, and Ciravolo’s wife, Tish. He’s still forming collaborations; two of the artists on his wish list are Shirley Manson(Garbage) and Richard Butler(Psychedelic Furs) (“If either one of you are reading this, call, text or email!”). Whoever the participants, if the new creation sounds as lovely as ‘Stranger,’ sign us up for a pre-order now. 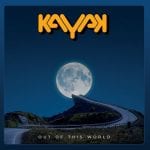