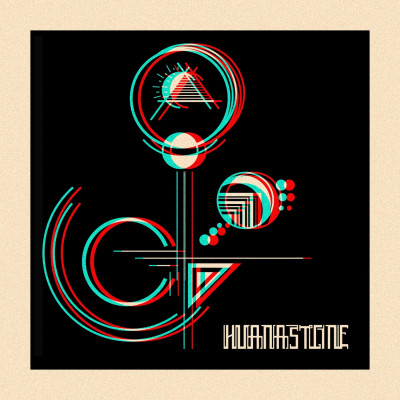 Third Stone From The Sun by Huanastone

Huanastone aren’t here to reinvent any genre wheels: their humorous band-name (think it through) and conventional sound make that abundantly clear from the beginning. But the sound they make is fun to listen to, and frankly that’s more important these days. Coming off as a mix of Witchcraft and Graveyard, Third Stone… is conventional stoner metal done well. Nothing about this album is going to surprise listeners well-versed in the world of stoner metal. The riffs of Tobias Gonzalez and Carl Olofsson have just the right amount of fuzz, and Gonzalez gives his lyrics an ethereal drawl very reminiscent of Witchcraft’s Magnus Pelander, while the bass and drums, courtesy of Filip Larsson and Victor Hansson respectively, are suitably thunderous. It’s also very accessible for anyone looking to dip their toes into the murky bong-water of stoner metal at large.

That’s not to say there aren’t moments of greatness. The album’s first single ‘She’s Away’ has a truly excellent instrumental section as the climax of the song. It’s the kind of thing a live crowd would go wild for: building slowly into a climactic crescendo before fading away, demonstrating that the band are a talented bunch of musicians capable of great things. The intro to the opening track ‘Viva Los Muertos’ is also quite a belter, explosive riffs hooking the listener immediately as the track swaggers on with the kind of exciting crashes of thunder that lesser bands dream of making. Elsewhere, the sonorous notes that open ‘Bad Blood’ and the title track itself have a thrilling touch of the psychedelic about them.

Unfortunately, Third Stone… also feels like something of a regressive step. It feels like they’ve sacrificed some of the more creative instrumental experimentation of their earlier works in favour of shorter song lengths. The swagger and stomp of ‘Orangino’ from Second Stone feels like it’s been toned down, for example – and there’s less ominous bass riffing in the vein of ‘Reverend’. It’s still there, and it’s still fun to listen to, but just a little bit more would have been better. Furthermore, the brisk tempo at which these shorter songs run means all 46 minutes of the album pass by in what feels like a blink. This doesn’t afford the listener much opportunity to really digest what they’ve been enjoying. The ultimate effect is a more conventional sound than they exhibited on previous albums, which does them a disservice.

However, it isn’t all bad. As mentioned, there are some stand-out moments. Gonzalez’s vocals are also an improvement: not only does the slightly higher pitch at which he sings give them an air of ethereality that suits the music much better, but they are also less prominent in the mix, which allows for the music itself to take a bigger step forward. If they could manage the balance of ethereal vocals, tighter songwriting, and the kind of raw, powerful melodies of Second Stone, then they’d be on to a real winner.

Ultimately, the streamlined sound works too strongly against them, meaning that the moments of greatness never quite manage to elevate the album beyond being simply the sum of its influences. Huanastone clearly have the talent to stand alongside retro-stoner greats like Graveyard and Witchcraft, and while there is plenty to enjoy on Third Stone From The Sun, it’s not quite enough to shake the feeling of having heard it all before.