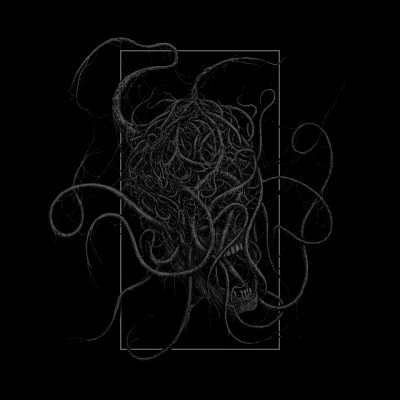 If it has still escaped your attention, let us fill you in… Some of the most interesting experimental music, in pretty much all genres, seems to be emanating from the Netherlands.

The past few years have seen such a flurry of exciting, mind-melting music from the relatively tiny European country – across pop, rock, psychedelia, death, black and doom metal and much, much more – that it’s, a) hard to keep up, and, b) difficult to identify how and who are involved.

A fine example of this is surely Hadewych and their album Welving. Thankfully, for all concerned, Tartarus Records have spotted this release and seen fit to offer it up to a wider audience. Welving was actually originally released in January 2018, on CD via Malignant Records and cassette on Cloister Recordings. The 2020 release of the album has been specially remastered for vinyl and features new, exclusive artwork by Unknown Relic.

The ten track, forty minute album is not the faint hearted. It is a challenging listen, never really conforming to any particular genre. An avant-garde ritual with several dark, ‘blackened’ undertones, Welving aims to unsettle and transfix in equal measure. Perhaps this should come as no surprise when, upon investigation, one realises the musicians involved in this opaque project.

Hadewych is a collective that has, at its heart, Peter Johan Nÿland, aka nOh v°v of Trepaneringsritualen, who serves as composer and conductor of other experimental musician members spanning other countries (Germany, Sweden), who have been in bands such as Turia, Dead Neanderthals, Distel, Volksweerbaarheid and O Saala Sakraal.

Hadewych’s self-titled debut album was a quality neo folk record tinged with dark ambient leanings, but Welving incorporates a number of disparate elements to form an album that traverses a great deal of sounds, all the while remaining a coherent, cohesive, albeit grotesque venture. This ever-shifting palette, despite always weaving and remaining in dark shades, proves the album to be a difficult piece to reckon with, but also to compare to other records.

There are elements that remind me of Guapo’s stunning ritualistic record Black Oni, while at other turns The Black Heart Rebellion’s shamanic, neo dark folk on People, When You See the Smoke, Do Not Think it is Fields They’re Burning is conjured, as well as the noisier passages on Sunn O)))’s Black One. But all of these reference points can often seem poor a few minutes later from when they first seemed to chime. I guess if you imagine a grim, noir Bohren & Der Club of Gore, you would be getting close…

Welving is an album that relies on its extensive percussion and it will come as no surprise to a listener of the record due to the organic nature of its’ sound, that many of these instruments were home-built, some with this particular LP’s recording in mind. Throughout the album its character can be summed up as unnerving. There are vocals – spoken, growled, chanted, screamed, sung – littered throughout Welving, sometimes being a principle focus of a particular section, but they serve as more instrument than something to truly listen to and pick apart. There are clearly lyrics, no doubt of chthonic ritual and monumental cosmic events, but overall, I treated them as another layer of darkness feeding into the ambient, percussive heavy presentation of the record.

There are individual tracks on the album, each either their own personality and tone, but I could not imagine picking the album apart in such a way. Welving is surely to be listened to in one listen. Mesmerising and fascinating, it seems only right that the album is getting the vinyl treatment, and I’m delighted to have discovered it. A bittersweet fact I learnt upon reviewing this album is that a third LP is now in the works, already titled Vier, but, sadly, it is set to be Hadewych’s final album.

For now, delve into this unsettling, strange, dark landscape. Welving is grotesque, but it holds much beauty, too.