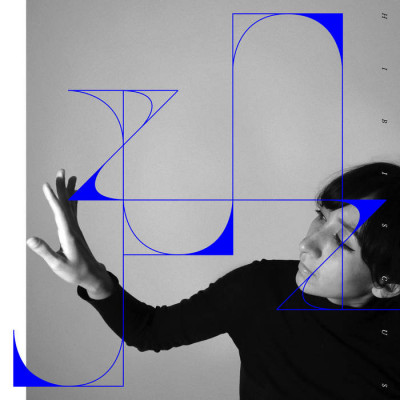 As summer dribbled away, dark clouds more befitting of 2020’s mood scampered into place along the British skyline. Concurrent with this meteorological shift arrives J Zunz’s Hibiscus. One half of the hypnotic psychonauts Lorelle Meets The Obsolete, J Zunz (real name Lorena Quintanilla) has eschewed collaboration this time in favour of a deeply personal delve into her own psyche. What emerges is something nuanced, confident, and throbbing with paranoia.

The penultimate track – ‘America Is A Continent’ – is a prime example of the tone that J Zunz is plumping for on this record. A panicked heartbeat of a kick drum tattoos an anxious thud out of the speakers. Her vocals swoop and rattled bones echo off of narrow walls whilst muted bursts of distortion enter without permission. Night rides in with gin-soaked breath, rapidly replacing agoraphobia with something even more appalling.

Mistrust and doubt permeate Hibiscus. Sounds akin to alarms persist from track to track. They are insistent yet oddly melodic. Whether it is via the fuzzing synths of ‘Jùpiter’ or the alternating squeals that adorn ‘Four Women and Darkness’, Zunz has crafted a world that feels both threatening and under threat. These are urgent vibrations that seem to pulse through with a seething sense of anger. But it is a quiet rage. One of silent screams, balled fists, and tight smiles. Often directed internally despite the object of ire being located outside of the self.

This is sonically reminiscent of the uncomfortable spaces created by Chris Carter for Throbbing Gristle. It also calls to mind Carla Dal Forno’s excellent Look Up Sharp from last year, with its stifling tales of looking over shoulders amidst drizzled and heaving tube stations. There’s also a smattering of Nico. Spaced out and unravelling but not without a ribbon of melody tying things together. Think ‘My Heart Is Empty’ but with the vocal lines played through electronics and vice versa.

’33:33’ is cobbled together out of darkwave cycling loops which dare, rarely, to stumble into light only to be pulled back into the dismal shade by marauding shards of industrial machinery. The propulsive drums seem to drift from their motorik channel, wandering in and out of sync like the thought-lines of a wretched mind. The beat of life cannot be trusted. Uncertainty, here, is king.

There’s a constant sense of being shepherded by something or someone untrustworthy. ‘White Labels’, itself a cloud of reverberations and shrouded vocals, features a drone that functions as a guide, drawing us out of this baffling labyrinth of buzzing pads and stretching notes all the while an arpeggiator climbs and falls. Confusing, frustrating and frantic. Similarly opener, ‘Y’, gives the impression of being absent-minded, or guarded, even. A distant yet paradoxically warm sound strangely envelops us. It feels like naively meandering home through menacing streets at night with your mind all a-slosh. A repetitive mantra to look after yourself swirling within your listing head. The refrain reduced to little more than a trio of splashing notes as darkness and roaring danger barge their way in.

Elsewhere sounds clash and contradict one another. There are shrieking notes like a jet engine gunned at standstill (‘Jùpiter’) and then, on ‘Overtime’, we get soothing vocals that act like a salve. Invigorating and reaffirming despite the lurking threats contained within. Dropped twilight twinkles that blink on and off amidst surging darkness, like pathetic indicators signalling to no-one after a road traffic accident.

By the time that we reach the finale of ‘Ouve-Me’ that familiar pulse has returned again. Conflicting voices interrupt and speak over one another. Dread intoning. Disorienting. A call and response across languages, across borders, across timezones, and across liminal states both intangible and physical. This is a sign off rendered in futility. That is not to say that the record itself is a futile effort, quite the contrary: it is a haunting and gloomy release that somehow retains the vigorous cadence of pregnant clouds rolling over uncertain lands. And that couldn’t sit better right now.