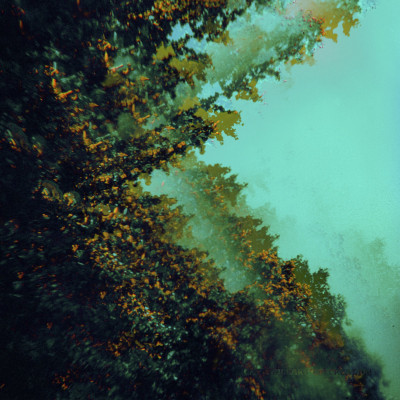 Caterpillars of Creation by Polymoon

As the ongoing disaster that is 2020 continues to unfold, it is understandably tempting to look for ways to escape reality. Sadly, short of becoming an astronaut, physical escape from Earth is currently impossible. Fear not, dear reader: there are other ways to leave this reality. Tripping out through the cosmic highway into the realms of psychedelic space are Finnish newcomers Polymoon, whose debut album Caterpillars of Creation offers psych and metal fans new and old a refreshing dose of lysergic weirdness and a spiritual escape from the nightmare of Earth in 2020.

But what does that actually mean? Well, the lyrics as delivered by Kalle-Erik Kosonen are soaked in reverb, so much so that they’re hallucinogenically unintelligible – perfect for a psychedelic jam, in other words. Attempting to pin those vocals (and the synths that fly with them) to the ground are the guitars of Otto Kontio and Jesse Jaksola, themselves built on a foundation of rumbling basslines courtesy of Juuso Valli and hefty, complex drumming from Tuomas Heikura (on especially thunderous display on album closer ‘Metempsychosis’). The guitar tones wax on and off both hard and soft as exhibited on ‘Lazaward’ or lead single ‘Malamalama’: the lighter sections carry the melody forward while buoyed on a wall of fuzzy riffs. The synths weave in and out, and vocals drift on top like an autumnal morning mist.

Across the first half of the album, listeners might well get lost in the swirl of the music, which is exactly what we want in a psychedelic metal band in 2020. But it’s not all woozy lysergic weirdness: ‘Helicaling’ makes for a tonal switch from light to dark. The menace in the rumbling bassline and the angsty gloom that hangs over the guitar lines make for a much more brooding track that what went before. That it doesn’t feel remotely out of place highlights the tight chemistry of the band: few others could handle this kind of shift with such effortless ease.

There really isn’t any sort of gripe to be had with the album. Fussier reviewers might say that without reading the lyrics along with the music, the concept of the album gets lost. And they have something of a leg to stand on: the story of the album is one of climbing a mountain at the centre of reality to achieve enlightenment. However, Kosonen’s vocal delivery is so drenched in reverb, or distorted by other synth effects, that the listener would have to read the lyrics to understand this. Counterpoint: it doesn’t actually matter to the listening experience of the album. Any given listener can turn it on and experience a form of spiritual enlightenment without needing the lyric book, so powerful is the music at hand.

With what they’ve achieved on Caterpillars of Creation, Polymoon have made an excellent debut album. Tune in, turn the volume up, and drop out of the nightmare reality of 2020 for a more enlightened spiritual plane.