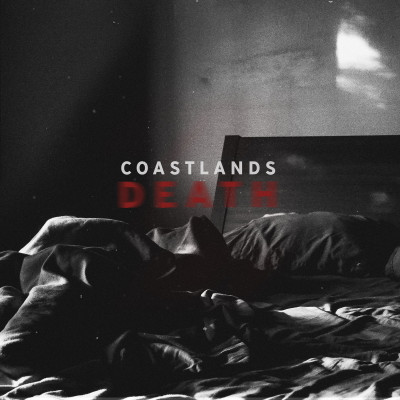 It has been a cracking year for instrumental post-metal releases and Year of No Light are still waiting in the wings taunting the world with a new release. In their absence and pushing for the top spot is Coastlands from Portland Oregon, a four piece which has grown from a one-man band. Death is its debut for Translation Loss Records (and Dunk! Records for the European distribution) and musically tackles “past trauma, unaddressed grief and coming to terms with the fragility of life”. Devilling into atmospheric post-metal and heavier post-rock, Coastlands creates an astounding six tracks of varied mood, atmosphere and depth with some very catchy textures.

At times the music feels as though it could be Russian Circles with more of a tilt towards At The Soundless Dawn era Red Sparowes. There is the dark rumbling that Russian Circles espouse through Brian Cook and Dave Turncrantz but none of the finger tapping of Mike Sullivan, more ‘trying to soar out of an eternal darkness’ feel. Opener ‘Abandoner’ gets straight to it with a tsunami of rumbling bass and drums with screeching guitar threatening to explode and from here the band keeps a solid sense of claustrophobia and release. In amongst the post-metal sounds there are always post-rock flicks with guitars crescendoing through the gloom.

There are also licks of post-black metal in ‘Feverwind’ which has a frantic opening with a quality black-metal sounding riff which the rest of the band mould round and slowly overpower without killing it. Midway through the drums kick off into blast beats before returning to match the rest of the band in its rousing movement. The mixing of post-rock, post-metal and post-black metal is fairly common now, but Coastlands melds them together with ease.

There really isn’t any weakness here thanks to the density of the band’s sound in the atmosphere it creates. The drums and bass cover every inch of the sound output with superb patterns and balance with any intricate guitar work. ‘Lay Waste’ and ‘Marrow’ are high points which follow on superbly from the initially slower ‘Dead Friends’. Although it starts in a far lighter fashion you still get a sense of longing with thick guitar melting like fog in an autumn sun. It also sees the only moment of vocals as Dustin Coffman of Glassing lays down his brilliantly unique screams to take the song up a notch and release the tension that has been building.

This isn’t an album that defines a new genre or innovates a new musical style, but it is a stunning piece of work which is well thought out and executed flawlessly. Fans of post-metal will find enjoyment from Death and it rewards for all time invested.