(((O))) Feature: Echoes of the Past: Black Sabbath – Self-Titled & Paranoid 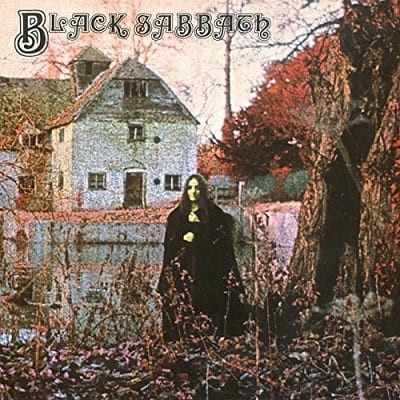 There’s no denying that Black Sabbath’s first two studio albums broke the barriers of what is now known as both Hard Rock and Heavy Metal. It’s been 52 years since the band launched. They originally started out as a blues band between two different names; Polka Tulk Blues Band and Earth in 1969 before taking their name from the 1963 Mario Bava film starring Boris Karloff. Those first two albums were released that same year in 1970, their sole self-titled debut and Paranoid were game changers that they’ve unleashed to the world. It was like this big giant cannon blast that was waiting to happen to destroy both the flower-power and the hippie movement of the late ‘60s.

Ozzy Osbourne, Tony Iommi, Geezer Butler, and Bill Ward were the real deal. In the interview for the Classic Albums documentary covering the Paranoid album in 2010, Tony Iommi mentioned that “The music is very honest. And what you see is what you get with our music. It was a very basic hard-hitting sound.” Their music was as harder-hitting than ever before.

Both of the albums were originally released on the Vertigo label in the UK and on the Warner Bros label in the States in February and September of that year. The first album was recorded in a day in October of 1969 while their follow up was recorded in five days in June of 1970. Whenever you listen to the opening title-track, you can hear not only the tritone but their nod to Gustav Holst’s ‘Mars, The Bringer of War’.

The sound of the rain and bells tolling before the roaring sounds of the rhythm section comes out of the blue with a hard menacing sound as if something has risen out of the ashes to come out by raising hell. When I first heard this track back in 1998, it scared me. It not only just scared me, because I was taken aback, but after hearing the opening title-track, I was completely blown away from what I was hearing. It was like ‘Holy shit! How did they do that?’

But when you go back and listen to say ‘Behind the Wall of Sleep’ and ‘Wicked World’ which was released as a B-side in the UK, but on the US version of the album, Tony uses some cool Jazz chords and the usage of the Swing genre thanks to Bill Ward’s drumming. I can always imagine that Bill was influenced by Artie Shaw, Benny Goodman, and Glenn Miller when he was coming up with those opening hi-hat riffs for ‘Wicked World’ and taking center stage with his drum solo on ‘Rat Salad’ to honor Buddy Rich.

The intensive speed rhythms between Tony and Geezer’s walking bass line made it sound like, “Jazz Metal”? The influence of Jazz is on the first two albums. They aren’t just hard rock albums, but also taking the aspects of the Blues and Folk to a whole new level. For example, listen to the mellowing effect of ‘Planet Caravan’. It’s not a song to take a joint and get stoned to, but it has some of these incredible textures that Tony does while Ozzy sings beautifully through a Leslie speaker to capture that reverb effect of time and space.

Despite Tony’s accident when he was young after losing the two tips of his middle and ring fingers from an industrial accident at his last job working at the sheet metal factory, it never stopped him from playing his guitar to create these brutal riffs, improvisations, and chords that he would bring to the table. He has been the heart plug of the band from the Ozzy-era, Dio-era, his solo work, and the various line-up changes in the mid-to-late ‘80s into the early ‘90s before the reunion of the original line-up in 1998, he always keeps the machine going. And whenever you go back and listen to those first two albums you can never expect what Tony will do next on his Gibson SG or his acoustic guitar.

Take the swampy eerie folk turned heavier rock voyage on ‘Sleeping Village’. It’s like telling these horror stories for the first minute in the middle of a campfire to terrify campers alike that wouldn’t be asleep for the next two days. Then it goes into a climactic battle between Tony and Bill creating an overture-sque adventure that awaits the listener to embark on Geezer Butler’s thunderous bass riffs on the finale ‘ Warning’. And of course ‘Jack the Stripper/Faeries Wear Boots’, it starts off with a powerful introduction before Sabbath goes into this Garage-Rock riff honoring the Blues Magoos ‘(We Ain’t) Got Nothin’ Yet’ that Tony channels as it tells the story when Sabbath was getting started, they were trying to avoid getting into fights from Skinheads in the early days.

The topics of the political structures between the dangers of Nuclear War with the dooming nightmare of ‘Electric Funeral’ just sends shivers down your spine as Geezer and Tony share these killer riffs on their instruments to give us the scenario on what is to come in the aftermath of a post-apocalyptic atmosphere. It isn’t pretty, however, the blaring midsection details the explosive mushroom cloud as it becomes this proto-punk scenario as the chants of “ELECTRIC FUNERAL!” from Ozzy, gives us the detail that hell has arrived.

While I would like to go over on the title-track from the second album, it’s been explained over and over again. But the opener, ‘War Pigs/Luke’s Wall’ still holds up to this day with the sirens blaring, the scenario of the War in Vietnam, and high volume intensity that you’ve never heard before. Again Black Sabbath wasn’t just a heavy metal band. They were so far ahead of their time. After their debut album was released, it received unanimous reviews including the infamous Lester Bangs who described their debut album in a closing punchline, “Just like Cream! But worse.” Sabbath were never the critics darlings and while they never got a good review from the so-called rock critics during their time, they were the people’s band.

In the words of author Gavin Baddeley who wrote the book “The Gospel of Filth: A Black Metal Bible” in the first episode of VH1’s 2006 miniseries of Heavy: The Story of Metal entitled, ‘Welcome to my Nightmare’ describes the critics who slammed the band’s debut, “One thing you can say about rock journalists is sooth-sayers they ain’t!” Alongside with Led Zeppelin, Rush and ELP, Black Sabbath were the people’s band despite being hated by the “so-called” rock critics during the 1970s. And many years later from bands like Metallica, Twisted Sister, Anthrax, Soundgarden, Candlemass, and Opeth, Sabbath broke the door down with a hardcore punch. So while there won’t be another band like Black Sabbath, their music will still live on for many younger generations to discover their music to keep the flames burning.

So either you’re watching their early performances in 1970 in Brussels at Theatre 140 where Magma recorded one of their shows during the time they were promoting 1001° Centigrades in 1971, or at the California Jam in 1974, they were the band that captured not just those heavy riffs and incredible lyrics during the Ozzy-era, but the way those first two albums became the cornerstones of what would be known as heavy metal. Their legacy will live on forever and ever.