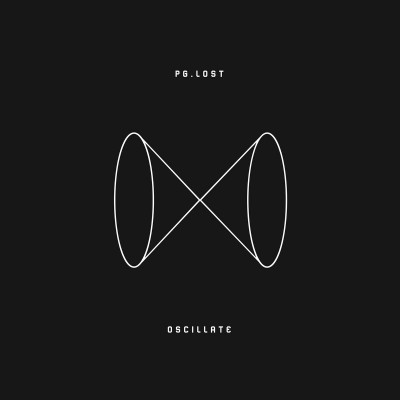 Back in 2013 Cult of Luna released the art deco, synth soaked, Vertikal before embarking on a long tour cycle. Kristian Karlsson, a member of both pg.lost and Cult of Luna (and Khoma), was heavily involved in the synth and key playing on that tour and implanted that experience on the last pg.lost album, 2016s Versus. The results were staggering and certainly marked a career defining point for the band as they moved from the classic post-rock sound.

Four years on and Oscillate carries on that evolution and touches on aspects of the band’s past without repetition, as well as treading into new territory. Oscillate is packed full of twists and turns and there isn’t a dull spot on the album.

It would be a long, long review to try and describe each passage or differentiation in sound here. The overall feeling is a harnessing of the atmosphere from Versus, an amped up take of earlier albums, and the addition of some new sounds which do feel familiar from the world of post-rock. ‘Mindtrip’ and ‘Waves’ bring Mogwai to mind for me and the former has hints of that Hardcore Will Never Die phase where more keys were used. The other track which feels to be slightly different in areas from the bands usual output is ‘Suffering’ and in part I get a Nordic Giants vibe as a massive wall of atmosphere is created by swells of slow cymbal crashes raining down around the slowly echoing keys and drum beats. However, like most of the album these sections highlighted are only parts of the full tracks.

With songs varying from 5 minutes to over 8 there is plenty of breathing room allowed whilst never vanishing off the rails. pg.lost has always been successful in being epic without completing post-rock by numbers and throughout there are crescendos but it is never the standard trickle of water turning into a flood. The atmosphere is packed out with rich drumming and bass whilst the synth and guitar direct the flow and the final two songs encompass these styles beautifully. ‘Eraser’ manages to unleash a building crescendo for three minutes as pressure is gradually released building to a steady and mighty climax. Closer ‘The Headless Man’ switches from drone to euphoria when the synth takes hold and hits almost Sigur Rós rapture as the guitars join back in and provide another four minutes of sustained beauty.

Versus cleared a new path for pg.lost and offered up an empty slate, no longer was the band just about the basic instrumentation of post-rock. With Oscillate the band has taken that freedom and pushed into different corners whilst still retaining the identity it has carved out in the last 12 years. The atmosphere changes from the darker edges of Versus to sheer unrelinquished joy and it makes for a great album that really rewards return listens. 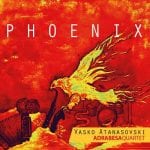