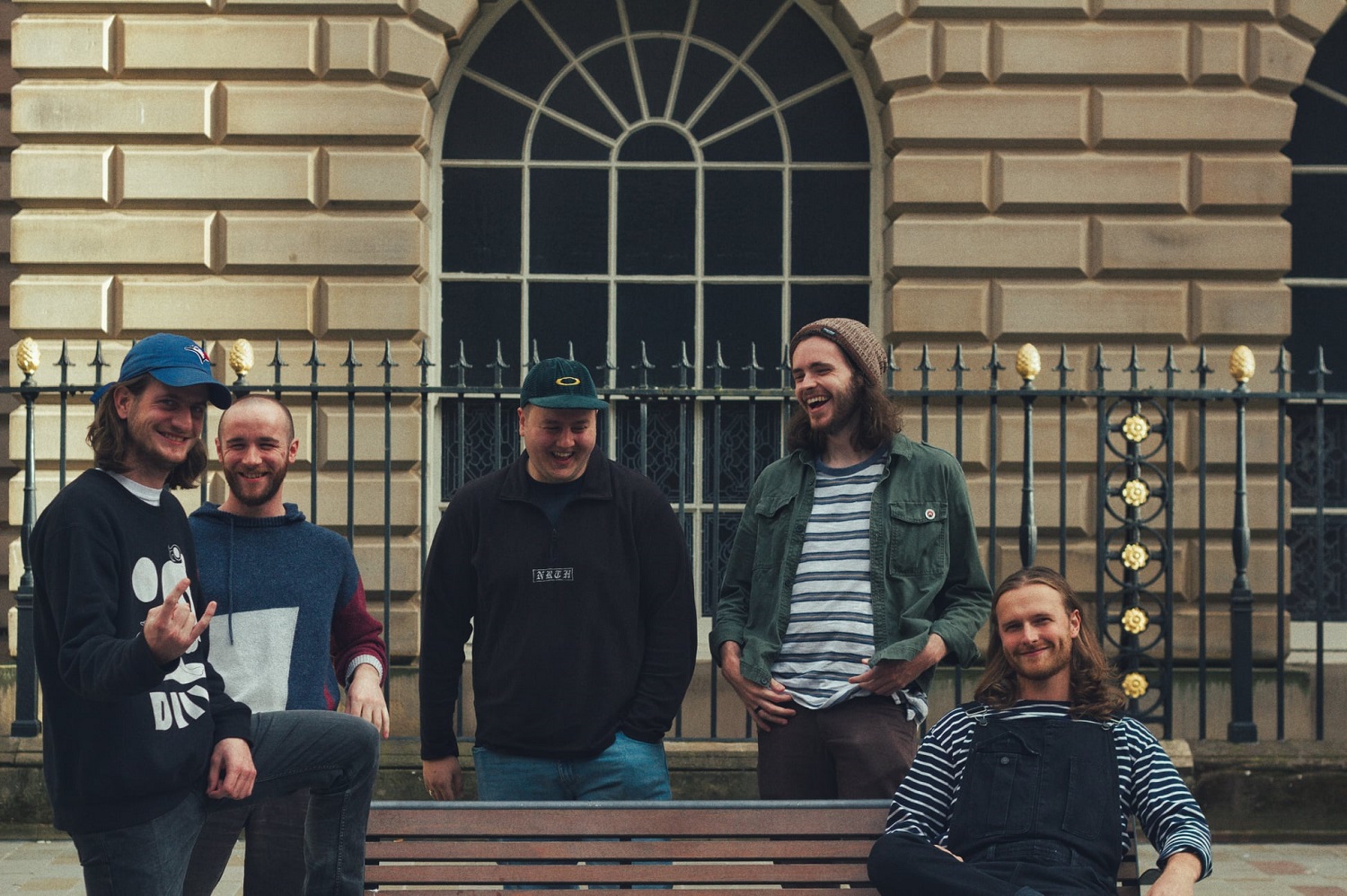 “Fun” is not often the first word that springs to mind when speaking of instrumental post-rock music. In a genre defined by self-seriousness, A Burial At Sea are the outsiders of the outsiders. The usual rock ‘n’ roll setup of guitar, bass, drums is bolstered by a mini two-man horn section, which has resulted in the band to be labeled as “trumpet-core” and “post-rock mariachi”.

Following the release of their debut EP in 2017 the band began making waves in the experimental rock scene supporting genre-defining heavyweights Tera Melos and Listener.The band toured relentlessly across Europe from 2018-2019, often for a month at a time – a  schedule that included includefurther high-profile support for the likes of Some Became Hollow Tubes (Godspeed You! Black Emperor) as well as an appearance at Bergmal Festival 2019 in Zürich, and Post In Paris 2019.

They travelled to the Republic of Ireland (the majority of the band’s native country) to record their self-titled debut album, bringing with them producer Tom Peters (Alpha Male Tea Party). The bombastic, yet optimistic full length LP draws from everything from emo, to math-rock, to hardcore punk, and even black metal over the course of it’s 45-minute run time.

Commenting on their new video, ‘D’accord’. the band says: “Everything is pop music. From Stravinsky to Coldplay, it’s all the same – just dressed up in a different suit. The point is to be entertained. So with D’accord we were trying to move away from long and drawn out post-rock to something you can jump around and party to.”