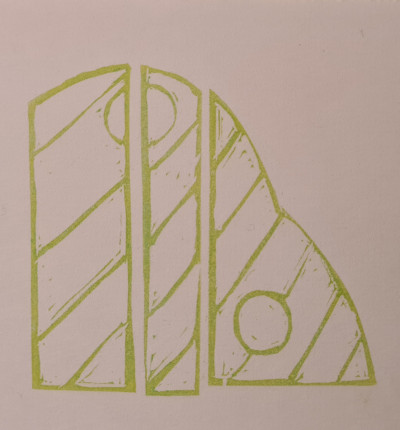 A collection of enigmatic moods and sound sketches. Laments 13 is the debut release from Richard T. Holmes, about whom little is currently known. Apparently five years in the making it finds room for drones and breakbeats, clouds of strings, jazz ghosts and solo piano all soaked in a comforting ambience. Another lovely release from the reliably great Concrète Tapes, it teamed up, or squared off, in my listening last week with Mark Dicker’s Metropolith, which actually is about concrete. By contrast this is quite elemental and organic. Like frost, like streams. Like the last autumn leaves clinging to stark branches under grey skies. Oh, it’s sad and beautiful and all that other good stuff. Bruised and amazed.

Opener ‘N887’ casts jangling notes over a deep lulling drone and crisp trip hop beats. It’s a welcoming introduction but it’s the fleetingly brief ‘I Have Lived Before’ that really hooks you in. A melancholy swirl of hazy sound it passes by all too quickly. In that short glimpse it establishes both tone and structure for the whole set. There’s an overarching sense of regret that runs throughout and the tracks often appear as if fragments of different wholes, drawn together by loss.

Laments 13 turns out to be an entirely functional title then, while the titles of individual pieces are more evocative. ‘Paradise Club’ seems both louche and empty, its name a cruel joke or a glass of cold comfort. Blue saxophone hangs in the air like cigarette smoke, like the ghost or memory of both. There’s a strong Bohren and Der Club of Gore/Badalamenti feel to it and deep beneath its languid jazz club sigh a background rumbling of something being forgotten. Unavoidably cinematic, the varied approaches across the album suggest locations more than characters. Later on ‘The Traitor’ feels like a backwards shuffle out of the room and back into the Paradise Club where ‘Valse De Maladie’ is playing.

A fuzzy wayward melody underpins ‘Theme for Recovery’ rising and falling through a sound collage, obscuring it, distorting its edges, a palimpsest of memory. One of the longest pieces ‘Hollenfels’ floats soft piano in warm ambient pools recalling Harold Budd. Drowsy and wrung out, it’s comforting and still, the quiet after getting in from the storm. On ‘No Name On Piano (Winter)’ the piano becomes more strident and sombre. It is indeed wintry, like snow covered fields lined by black trees. On the lengthy final track ‘Double Happiness’ he strips away the piano and tunes in to a deep drone, a universal frequency. I may be reading too much into it but the Chinese character double happiness is a symbol of goodness and deep connection, coming at the close of a set of laments it feels like a healing solace.

Holmes made these recordings on a 4-track Otari MX5050 reel-to-reel machine. Not what we usually think of as a 4 track favoured by lo-fi bands and tape murk merchants it’s a machine intended for TV and Radio studios and probably accounts for the remarkably lush sound of these recordings. He credits a couple of sax players but otherwise presumably did everything himself. Even there it’s unclear to what extent their parts might have been manipulated. How much of this is tape music remains mysterious, the wonderful strings on it in particular seem to just blossom out of the air, a glorious sound of unknown origin.

Really, whether he multi-tracked himself playing or sampled them off an old LP and manipulated them it doesn’t matter but there is something striking about the texture and quality of the sound that can’t help but make you wonder. I guess that’s what you get for years of patient work. There’s a sense that these pieces are fragments pulled together from larger sets of recordings, whether we might get to hear more of those or wait another five years for the next instalment from Mr. Holmes who knows? For now, Laments 13 is a quiet and surprising gem.