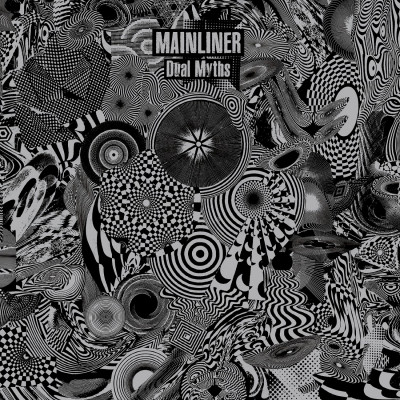 ‘Blasphemy Hunter’ starts off slightly unexpectedly with some floating vocals from Kawabe Taigen, bass player also of Bo Ningen, a sort of plaintive ghostly telephone line waftiness over some pleasant plonks that last for just long enough for you to wonder if the band have totally changed thei-SKREEESSHHHHHCCJH dmmmpppadmmppppdmpppppDZZDZZZZ oh no there it is, the anarchic channel-blasting, paint-stripping, flame-grill-sizzling guitar madness we came here for. The vocals still haunt things for the first five minutes, and are more prominent in the mix and over the whole record than previously, but the main draw is of course still Kawabata Makoto’s explosive speed freak six-string botherings. There’s the classic method here which was nailed down on the band’s all time masterpiece Mellow Out: long tracks which alternate between furious grinding repetition of oddly disorienting riffs, and areas of, well technically guitar soloing I suppose, but mad feedbacking squeals as if played by a man with a fistful of fireworks (relevant to this metaphor I suppose is the fact that Kawabata Makoto is the only guitarist I’ve ever seen set fire to his guitar and hand on stage… and keep playing, naturally).

‘Hibernator’s Dream’ starts with the squalling, bending notes which are joined by propulsive, deceptively complex train of percussion, which the guitar noise gradually wraps itself into for another pulsing riff… is it one really short riff or is the riff three of these? There’s a compelling contrast between the bludgeoning power of the pushed-into-the-red noise electricity, and the intricate metric complexity. The third track is maybe my favourite, the thundering groove of the riff flavoured with scuzz. In the weird rhythmic mobius strip quality of the cycles, Koji Shimura’s drumming is supreme, keeping the clatter going in an absorbing manner until dropping back for more scenery-bending string abuse. Relentlessly, absurdly intense, it all feels like being locked inside an industrial tool hire warehouse that gets struck by lightning. Finally, ‘Silver Guck’ has a vintage Mainliner riff, smashing through a trademark delayed skip-a-beat strange extension cycle that leaves you oddly in the lurch for a squalling second, before again, returning to the rattling judder. Mainliner, as ever, make me feel a bit like whatever bad guy in Indiana Jones gets his face smushed into a tank’s caterpillar tracks.