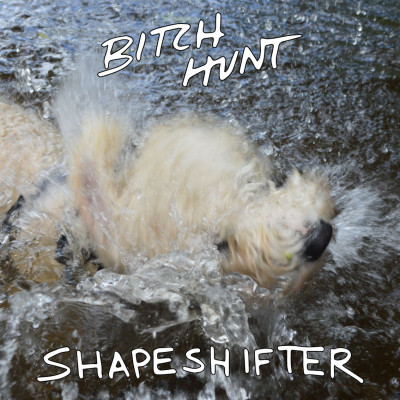 Debut EP from London four piece Bitch Hunt. Name’s a bit of a problem isn’t it? Best of intentions and all that but Echoes And Dust gets sent in a lot of dubious extreme metal type business, so you see a band called ‘Bitch Hunt’ in the pile, shudder a little inwardly and scroll past. I did this a couple of times before catching that they’re on Reckless Yes, an ethical little indie outfit singularly unlikely to be home to a toxic incel pity picnic. Turns out Bitch Hunt are a non-binary punk band. “A-ha, righteous riot grrl rage. Love it.” Only, as it goes, they aren’t really that either.

Appearances and impressions are key to the title track, which was the first thing I actually heard from them. True to its name ‘Shapeshifter’ is a marriage of form and content that tries on a series of different musical hats in dizzyingly quick succession. It sketches a low key four line intro before the band comes in all wonky-knotty 90’s alt-rock, flowering into a chorus of gorgeous carefree harmonies at the 30 second mark. It’s totally disarming and pretty much irresistible. I think many of us are familiar with presenting a different face to friends, to family and to work. That’s the shape shifting here and that dissonance is obviously greatly amplified by something like gender identity but the song is bright and upbeat, it’s “about the joy of connection.”

The other tunes are a little less immediate but what at first seems an untutored or naïve sound conceals smart arrangements and lightly worn skills. There’s plenty of space and restraint in it, the guitars are clean and warm-toned and they seem to play everything softly. There’s an unhurried ease about them. Lyrically too the songs are poetic rather than strident, elliptical and drawing on imagery from nature. The river running through ‘Eau Claire’ giving almost a folk feel to its worn memories.

On the other hand ‘Identity Clinic’ is a pretty direct break up hurt tune that balances their easy control with a little chaos. Riding on a taut, razor rhythm it bursts into a pleasingly haywire squall in place of a solo but rather than a blow-out ending it steps back smartly to the click and strut for a couple of bars to come to a full stop.

Like label mates Breakup Haircut they formed for First Timers Fest, where the bands all play their first show. That was 2017 though, so by now it looks like they’re sticking with it for a while and have had time to focus their approach, find their voice. You can hear echoes in here that go back through riot grrl and lo fi, C86, the punk of Kleenex or X-Ray Spex and all the way to 70’s art folk stuff like Slapp Happy but they don’t really sound like any of it. Bitch Hunt seem more absentmindedly adjacent to all that stuff than directly engaged, they’re busy over here working with their own thing. Shapeshifter is an unassuming but impressive start. 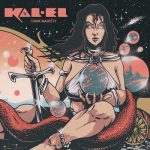 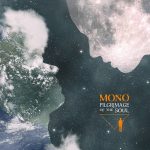 Mono – Pilgrimage of the Soul