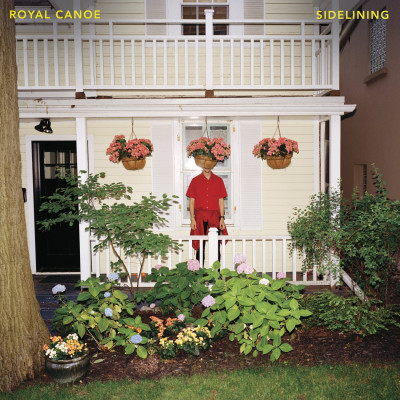 Winnipeg’s Royal Canoe seems to be on the way to becoming a sort of Western Canada alt-rock treasure. And their latest album Sidelining seems to be yet another bit of proof to that fact. The quintet seems to be really taking seriously that alternative tag. They take a few routes artists take these days and try to combine them into one to come up with a kaleidoscopic version of today’s music.

You see, it might seem easy to pinpoint what elements they have included here. your ‘standard’ rock, harmony vocals, electronics and beats, hip hop elements. To some, it might sound like something Beck would do, so it is no wonder to find out that at one point they built a concert from Beck’s sheet-music only album Song Reader at Winnipeg’s prestigious New Music Festival.

But Royal Canoe are no Beck imitator, they just seem to have a similar songwriting and recording process as the much better-known Californian. When they began working on the new album, as they put it, there was one rule: “no song-nuggets or lyrical ideas from before. No demos you came up with last week that you brought to the band.”

And it worked quite well for them. Because you might recognize the concept and the process, but the eleven songs here all sound fresh and beaming with ideas that require repeated listening. Every new listen brings out yet another nuance you might not have noticed the first time around. It is a great ‘trick’ if you will, and it works every time.