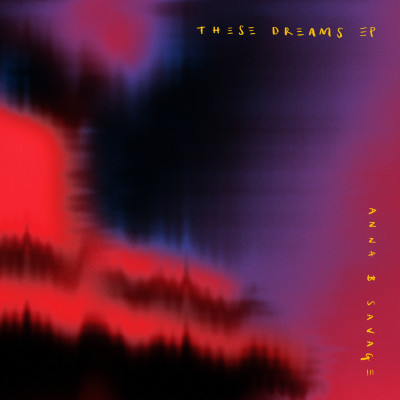 A Common Turn by Anna B Savage

There seems to be more people tuning into Anna B Savage’s absorbing debut A Common Turn on City Slang Records than the artist first predicted (see Echoes interview). So, this timely release of These Dreams E.P. prior to a UK Autumn tour features three original songs that were recorded at the same time but were omitted from the album, and by the quality of these songs it must have been an agonising decision for Anna to make.

Brought up on a diet of Classical music, The Beatles, Ella Fitzgerald, Nat King Cole, as well as a fan of Regina Spektor, what emerged from Anna’s blender on A Common Turn was nuanced elements of the above with a stronger sense of Antony and the Johnson’s tenderness and Jeff Buckley’s sweeping climaxes and arrangements. Plus, as Anna explained in the afore-mentioned Echoes interview, it’s a ‘’snapshot’’ of ‘’how I was feeling at the time of writing.’’

There is a mix of many emotions in her songs, and sometimes all within the same one, but also an intensity to her music which is instantly achieved on the opener ‘These Dreams’. An initial burst which befits Chelsea Wolfe or Lingua Ignota before it dissipates into electronica stabs and a note bending string sound which provides a great framework for Anna to express her operatic abilities. It’s a tough initial listen as it propels the listener straight into the heart and soul of A Common Turn’s absorbing tones of bold, deeply personal and honest lyrics of a failed relationship and its consequent emotional fallout. But, give this time and plenty of plays and this may be Anna’s most sterling creative piece yet.

Anna proves to be at her best when her writing takes unexpected turns, intertwining beauty and intensity, with the songs ending at a far distanced destination from where it all begun, let alone the many left turns to get there. ‘Since we broke up’ is another exemplary example of this……delicate strumming builds over ‘I hope I never fall in love again’ into a sweeping climax and the line ‘I want to live alone but I can’t afford the rent,’ which cuts to the bone on an array of levels.

These Dreams is rounded up into a four track E.P. by ‘Hairier now’ and a cover of Edwyn Collins ‘A Girl Like You’. Not only is the latter song a firm favourite of Anna’s but Edwyn also gets a namecheck in the lyrics of A Common Turn’s ‘Baby Grand.’ It will come as no surprise for those whom have taken to Anna’s writing qualities to read she has turned this catchy pop hit into the sound of it being one of her own creations. Anna’s version is creepier, possessing an ambiguous dream like quality while demonstrating an expert eye for detail. It’s a sublime version.

These Dreams E.P. rounds out the rich creative process Anna’s undertook, in conjunction with being locked in with co-producer William Doyle’s textural skills for a sometime challenging, but rewarding listen. Therefore, this as a must purchase for fans of the album A Common Turn and for those who believe Anna B Savage is an artist of considerable talent.