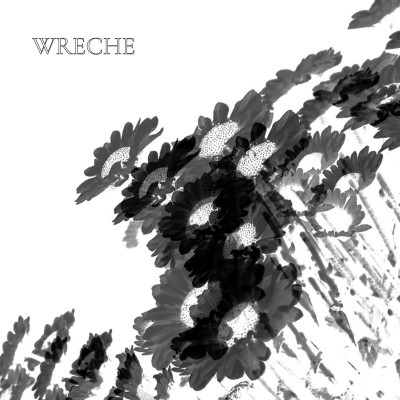 All My Dreams Came True by Wreche

Just what on earth is black metal? Nowadays it’s a packed playground for creativity and musical mischief and each new artist gets their own blank canvas to splash their vision onto. The fact that it is so incredibly diverse is one of the selling points of black metal and why its palette can hold many hues.

Uniqueness is hard to come by and you really have to offer something challenging to the ears to find your niche. Wreche‘s niche may be challenging enough to some but is elegant in its simplicity. Replacing all guitars and bass with piano and synth leads warps the blackened vision of traditional metal into another atmosphere of inventiveness. It’s a bold move but fortunately keys are no stranger to the darkness of black metal as many a band have used them to great effect… Dimmu Borgir and Cradle of Filth to name but two.

Wreche is the brainchild of US multi-instrumentalist and piano virtuoso John Steven Morgan whose unmistakable talent showed enormous first strides on Wreche’s self-titled debut released in 2017. First released independently back in May, new album All My Dreams Came True contains seven new tracks ready to distort your preconceptions of what black metal is or isn’t.

Opener ‘Mysterium’ sparkles with a delicate touch as pitter-patter blastbeats are sent through a glittery starlight of tinkling keys and soaring, dissonant synths. If you’re unfamiliar with Wreche’s debut then this opener may be slightly jarring for your ears and at times can sound like a complicated midi file, but it’s a sound that magically works due to the brilliance of Morgan’s piano skills and though frenetic at times the album as a whole is as in-depth as they come. ‘Scherzo’, defined as a vigorous, light, or playful composition, typically comprising a movement in a symphony or sonata, is everything stated here. It’s hard-hitting, atonal, trippy and replete with jolting, clunky and irregular key strikes.

‘Severed’ is a carnival-esque descent into delirium. At 13 minutes it’s the albums longest and most rewarding track. The first section is a howling, layered assault of guttural blackgazing synth stabs and stomping drum hits that bring to mind an 80s splatter movie or sci-fi yarn. After that melts away the track stays within very different ghostly walls with majestic arpeggios flourishing through haunting ambience and warbling, ethereal voices. Pink Floyd’s ‘Sysyphus’ comes to mind.

Wreche still plays a very familiar, traditional sound despite its unconventional nature. The song structures are wildly imaginative too and shift through various movements of experimentation and are treated more like a composition rather than a black metal track. The blastbeats keep Wreche within black metal’s grim grasp but beyond those traditional sounds awaits the stargazing shimmer of post-black, thick with dreamy ambience and steeped in releasing purge in the form of Morgan’s agonising vocals, which scream of tragedy, of melancholy and anguish and bring a cathartic touch to the dancing, energetic instrumentation.

All My Dreams Came True is an inventive release from a musician at the top of his game. It might take a few spins to fully absorb but once it does you’ll wonder why more black metal isn’t built this way. The 88-toothed monster is ready to devour more guitars.